03/03/2020 - BERLINALE 2020: Given a Special Mention by the jury of the GWFF Best First Feature Award, Melanie Waelde’s debut dives right into the pains of youth

In Melanie Waelde’s slightly meandering Naked Animals [+see also:
trailer
film profile], originally shown in the 70th Berlinale’s Encounters, all is grey in the middle of the German provinces. Grey and uneventful, and painfully so – at least in the eyes of five kids on the brink of adulthood, about to graduate from high school yet completely clueless, not only as to what they want in life, but also who they are. It’s really their friendship that provides them with their only refuge, as together they create a safe space, free from parents who hit them and the future that scares them. But Katja (a striking Marie Tragousti) seems to be the first one to notice that their makeshift reality, however soothing, is just about to unravel.

The debuting filmmaker – reportedly referring to her own experiences here – is good at creating a sense of intimacy. The kind that doesn’t leave any room for embarrassment or some frantic search for the nearest towel, as her protagonists are always shown embracing physical closeness, brawling with gusto or touching one another with a curiosity that’s not always (or not yet) purely sexual. Young actors, also including Sammy Scheuritzel, Michelangelo Fortuzzi, Luna Schaller and Paul Michael Stiehler, capture this bond rather well, be it while casually sharing a bath or just caressing somebody’s skin. As they wrap their lanky limbs around each other with ease, any references to the outside world are summed up with the shortest of possible exchanges: “Don’t you miss your parents?” “Nope.”

No wonder, as it soon becomes obvious that some of their secrets are dark and that that fat lip didn’t happen all by itself. Not that they want to talk about it, ever – and why would they if their friends know everything about it already? Maybe it’s this vulnerability that makes them seem even younger sometimes, with Tragousti’s Katja seemingly petrified of anything even remotely resembling sex, as “you get children from that”, and even her first kiss “from a male human being” is a cause for real celebration.

That’s the point where Waelde smartly refuses to go full-on Kids (or HBO’s Euphoria, if one happens to be in their teens) and sensationalise her vulnerable, greasy-haired characters. Who, while not saying “no” to an occasional joint, instead of diving into self-harming behaviour would rather play house with some junkyard furniture, talk about schoolwork or – oddly enough – teach martial arts? Because that’s Katja’s favourite thing to do in the whole wide world, it would seem. But even despite all that tenderness, Waelde’s first feature is still not wildly original, sadly, although its game cast is likely to go far, just like Tragousti’s headstrong protagonist, ready to finally take The Animals’ advice and get out of this place. If it’s the last thing she ever does.

BERLINALE 2020: Given a Special Mention by the jury of the GWFF Best First Feature Award, Melanie Waelde’s debut dives right into the pains of youth

European Work in Progress Cologne 2019 hands out its awards 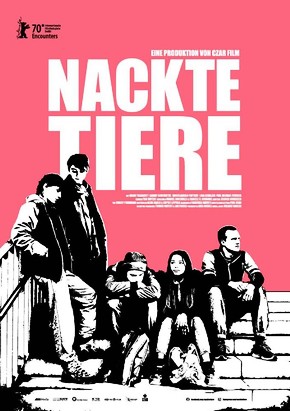 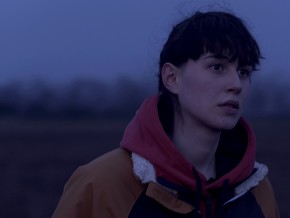 Market Trends – 17/08/2022
At Sarajevo, experts debate the funding of social impact films
Four executives from the UK and US participated in an in-depth panel on this emerging strand of the industry at Sarajevo’s CineLink Industry Days