Review: Notes from the Underworld

Kurt Girk in Notes from the Underworld

Italo-Austrian directing duo Tizza Covi-Rainer Frimmel has presented, in the Panorama section of the 70th Berlin International Film Festival, its new feature film, Notes from the Underworld [+see also:
trailer
interview: Tizza Covi and Rainer Frimmel
film profile]. The film, which won a Special Mention in the Best Documentary category of the German event, digs up the clandestine stories buried in the  depths of 1960s Vienna. With a classical mise en scène, structured around interviews shot in still close-ups, Covi and Frimmel gather the testimonies of the best singer of Wienerlied folk music, Kurt Girk, and of his best friend, Alois Schmutzer, known as "the king of the underworld". The documentary traces the story of these two men, from WWI to today, focusing most of all on the period described as “the Viennese underworld.”

This dangerous underground world can only be understood through a male honour code which Girk and Schmutzer explain in detail. Their interviews describe memories of friendship and respect between men, as well as unforgivable betrayals and lies. Notes from the Underworld takes place in a universe of pure testosterone, represented through brawls, mafia-like shootouts, bouts of imprisonment, bets and illegal Tempeln games. And yet, Covi and Frimmel do not leave women to the background. In fact, the only woman interviewed in this documentary proves essential to the film. It is Helli, Schmutzer’s sister, who tells us about the other face of this underground world inaccessible to women.

The places where these interviews were recorded are key to the film. The directors of Mister Universo [+see also:
film review
trailer
film profile] and La Pivellina [+see also:
film review
trailer
film profile] meticulously chose certain settings to recreate the atmosphere characteristic of the Viennese underworld. Covi and Frimmel film Girk and Schmutzer in exquisite black and white, while they chat in taverns similar to those they attended in the 1960s and 1970s. With this reduced colour palette and this choice of setting, the two directors succeed in freezing time, and it feels as though we really find ourselves right in the middle of the decade discussed by the two old interviewees.

Notes from the Underworld, the result of a ten-year project, is one of Covi and Frimmel’s most ambitious documentaries. The depth of their research on the universe evoked here is remarkable. And the directing duo does not simply gather stories from the surviving members of the Viennese underground: the presence and the testimony of Kurt Girk also brings to the surface the lost tradition of the Wienerlied, a music which was the soundtrack of the Vienna’s underground at the time.

Notes from the Underworld was produced by Austrian company Vento Films, which is also handling international sales.

more about: Notes From the Underworld

Interview: Tizza Covi and Rainer Frimmel • Directors of Notes From the Underworld

BERLINALE 2020: We chatted to Tizza Covi and Rainer Frimmel, directors of the documentary Notes From the Underworld, which premiered in the Panorama section

Review: Notes from the Underworld 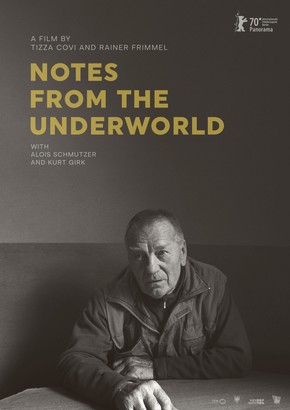 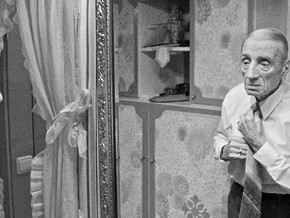 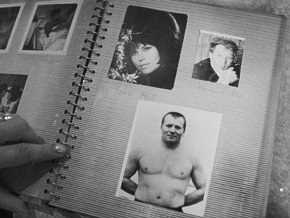 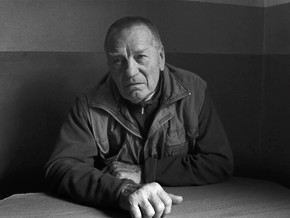