Niamh Algar and Cosmo Jarvis in Calm with Horses

Out today in the UK, courtesy of Altitude, Calm with Horses [+see also:
trailer
film profile], the debut feature by Nick Rowland, follows the travails of a former boxer, Douglas “Arm” Armstrong, who has now become a feared enforcer for a local crime family, the Devers, in a small town in Ireland. The film is adapted from a short story of the same name from Young Skins, a collection by Irish writer Colin Barrett.

The delights of the picture can be found in the three central performances. British actor Cosmo Jarvis (Lady Macbeth [+see also:
film review
trailer
interview: William Oldroyd
film profile]) plays Arm as a brute with a soft heart, the type of figure that Marlon Brando used to excel at performing. Barry Keoghan (Dunkirk [+see also:
trailer
film profile], The Killing of a Sacred Deer [+see also:
film review
trailer
interview: Yorgos Lanthimos
film profile]) takes on the role of the ambitious Dympna Devers, who’s tasked with keeping Arm in check, making sure he knows who needs to be dealt with, and influencing him when necessary. Dympna sees himself as the future head of the family. Niamh Algar is Arm's determined ex-girlfriend Ursula. They have a five-year-old boy together, who suffers from autism, and she wants to move to the other side of Ireland, where there are better facilities for the boy.

It's a time of high stress for Arm. The news of his ex wanting to move his child away coincides with the Devers asking him to kill for the first time, and it's someone whom he has known for a long time. How will he cope with Ursula’s burgeoning friendship with horse trainer Rob (Anthony Welsh)? Arm feels like a pressure cooker ready to burst at any point – will his choices be those of a mensch or a thug? With Dympna, he feels controlled. Only Ursula sees what is happening to his life, and that recognition has made her want to leave. Arm is a simple man in a complicated world, a world where violence cannot always be the answer. Indeed, violence, as he is about to find out, is rarely the solution.

The strength of the film lies in its quietness when it concentrates on character dynamics. The plot feels a tad predictable and portrays a world of thuggery that cinema has tackled many times before. The violence is brutal, and the story deals in the extremities of behaviour, including paedophilia. Director Rowland excels when he focuses on the damage done when people are always judging each other, and one feels judged. It's because of their situation in the world that the trio of principal characters have all become damaged and broken, stuck in this community of hate and venom, unable to break out of the vicious circle that has made their existence almost predetermined. Nonetheless, the choices that they make to break this cycle enable the little cracks of humanity to show through – the flickers of light in the darkness are what could save them, and Rowland's attention to this is what makes Calm with Horses more than just your bog-standard crime thriller.

more about: Calm with Horses

After a one-year break and the subsequent reorganisation of the body, this year’s edition saw the triumph of Lance Daly's Black '47 and Lisa Barros D'Sa's Ordinary Day

Nick Rowland in post-production with his first feature, Calm With Horses

A busy year for Altitude at Cannes 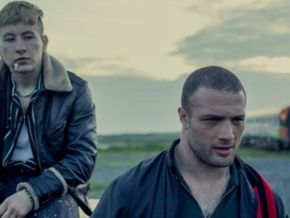 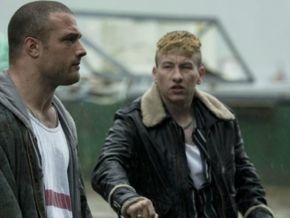