27/03/2020 - Dubbed the “first Polish slasher”, Bartosz M Kowalski’s film is an entertaining horror flick wallowing in nostalgia for the movies of the 1980s

The national lockdown has proven to be a blessing in disguise for Nobody Sleeps in the Woods Tonight [+see also:
trailer
interview: Bartosz M Kowalski
film profile], the sophomore film by Bartosz M Kowalski (after the chilling Playground [+see also:
film review
trailer
interview: Bartosz M. Kowalski
film profile]). It was scheduled to open theatrically on Friday 13 March, having garnered enthusiastic advance reviews, but instead, it was released on Netflix (only in Poland) one week later, and after seven days, it’s in the top three of the most-watched films in the country. In the usually overcrowded cinemas, it might not have been quite as successful, but next to shows like Stranger Things, also drowning in 1980s cinematic nostalgia, Kowalski’s slasher thrives and sets a killer example, proving that Poland is not a wasteland for horror flicks.

Nobody Sleeps in the Woods Tonight is not a pure genre film; it is more a labour of love by a cinephile who grew up watching The Goonies, The Evil Dead, The Terminator, He-Man and the Masters of the Universe and all those other colourful but scary stories that kids who grew up in late-1980s and early-1990s Poland watched on a loop on their VCRs. Incidentally, Kowalski, who also penned the script with his producers Jan Kwieciński and Mirella Zaradkiewicz, sets the background of his story 30 years ago, when a postman knocks twice on the door of a house in the woods and comes across an evil force. Three decades later, a group of teenagers sentenced to spend time in an offline camp (where all electronic devices are banned) will get up close and personal with malevolent creatures, in the guise of deformed and bloodthirsty monsters.

They’re your typical slasher lot: jock Daniel (Sebastian Dyla), closeted gay Bartek (Stanisław Cywka), sexy blonde Aniela (Wiktoria Gąsiewska), geek Julek (Michał Lupa) and the female lead, Zosia (Julia Wieniawa), a girl with a traumatic past. She is called “Sarah O’Connor” by Julek, after the famous heroine played by Linda Hamilton in the original 1984 The Terminator by James Cameron. As one may suspect, the teens will be killed off violently, one by one, so Kowalski adds a few supporting characters to the mix in order to keep the thrills flowing: a sleazy priest (Piotr Cywrus), a bored cop (Olaf Lubaszenko) and a perky team leader (Gabriela Muskała), among others.

But make no mistake: even if the tone of the film is infused with smatterings of nostalgia, there are many excellently executed jump scares and a genuinely creepy atmosphere. Much credit must be given to the director, producers, cast (especially Wieniawa and Lupa) and score composer Jimek, whose music, relying on 1980s-inspired tunes and the theremin (the trademark sound of 1950s science-fiction), elevates the uneasy mood and strengthens the suspension of disbelief. The special make-up effects are also admirable, since there is nothing worse than an evil creature that makes one laugh instead of inducing fear.

An overly meticulous reviewer may have reasonable doubts about the logic behind the monsters’ evil doings (do they kill for food or for pleasure?), and the sporadic nods to Polish current affairs (ill brothers, misbehaving priests, neo-Nazis playing in the woods) have been raising eyebrows, but all in all, Nobody Sleeps in the Woods Tonight is by far the most entertaining Polish film in years. There is just one thing that has now become obsolete: in horror flicks, separating from the rest of the group is a risky tactic, whereas in the era of COVID-19, it’s exactly the opposite.

Nobody Sleeps in the Woods Tonight was produced by Jan Kwieciński through Warsaw-based Akson Studio, while Mirella Zaradkiewicz served as creative producer. The co-producer was Zenon Maślona (Poland’s Plan Zet). The Polish distributor is Next Film.

more about: Nobody Sleeps in the Woods Tonight

Interview: Bartosz M Kowalski • Director of Nobody Sleeps in the Woods Tonight

“I was always more into Skeletor than He-Man”

Dubbed the “first Polish slasher”, Bartosz M Kowalski’s film is an entertaining horror flick wallowing in nostalgia for the movies of the 1980s 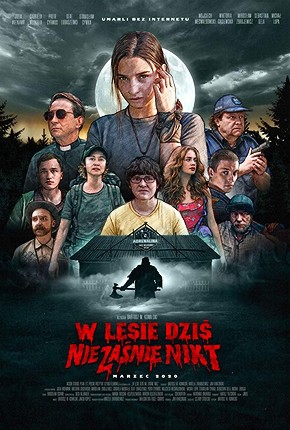 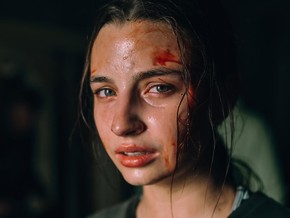