30/03/2020 - The winner of the DOX:Award, helmed by Estephan Wagner and Marianne Hougen-Moraga, is a rare example of a sober, considerate and nuanced treatment of a potentially incendiary subject

The subject matter in question is a rural community located at the foot of the Andes, called Villa Baviera (Bavarian Village). However, this idyllic setting, where its 120 close-knit inhabitants rear animals and keep bees, as well as growing fruit and vegetables, has a very dark past. It used to be called Colonia Dignidad (Colony of Dignity) and was established in 1961 as an isolated religious (Christian Evangelical) community by a group of German immigrants led by the notorious Paul Schäfer, who was arrested in 2006 and died in 2010. Only now are the remaining former members of what was effectively a cult, and their children, opening up with their testimonies – and during the interviews with the filmmakers, they come to realise the true effects of the traumas they survived and/or inflicted on others.

The colony operated under the supreme leadership of Schäfer, who created a system partially inherited from his Nazi past: all of the members of the community spied on each other, brutal group beatings were an everyday occurrence, and both young boys and girls were regularly sexually abused. All of this was undertaken with one hand firmly on the Bible and in the guise of pursuing truth, honesty and purity.

The women had a second-class status, and one of the members, a middle-aged lady, is genuinely surprised by the idea that love and sex are something that should go hand in hand. For her, sex was punishment, and she never knew any differently. Many of the interviewees, in fact, repeat how they did not know any better, and nor did they have a way to learn, as they were born into this closed-off community. Other, older ones, who are placed in the most friendly and sympathetic retirement home you can imagine, are even less aware – an old lady starts playing "Deutschland über alles" on harmonica for the camera.

The filmmakers gradually uncover the historical background through simple narrative titles, keeping clear of newspaper clippings or home videos – there isn't even a single photograph of Schäfer shown in the film. Instead, through interviews, they reveal how damaged the protagonists are. Not that they have any visible mental or physical disorders, but through their body language, eyes and facial expressions, we see without a doubt that there is deep trauma inside each of them. This is achieved through careful framing and, especially, patient and sustained, well-measured editing.

There is definitely a desire for understanding and affection in the way the protagonists are depicted, and this requires a particular sensitivity that stems from a personal background: Wagner and Hougen-Moraga both grew up with an awareness of Colonia Dignidad, the former in Pinochet's Chile and the latter in exile in Denmark. But when the film deals with Schäfer's collaboration with the regime, and the fact that the colony's land was used as a location for the mass graves of Pinochet's political opponents, they depart from this approach enough to show a tension in the village when two of the more outspoken members are interviewed.

Balanced and sober, nuanced and touching, and ultimately humane, Songs of Repression points the way forward for documentarians when it comes to dealing with such potentially incendiary topics. It was produced by Denmark's Final Cut for Real and co-produced by Dutch outfit Viking Film, and Vienna-based Autlook Filmsales has the international rights.

more about: Songs of Repression

The D’Innocenzo brothers’ Bad Tales has snagged the Spirit of the Festival Award, whilst Estephan Wagner and Marianne Hougen-Moraga’s Songs of Repression was crowned Best Documentary

The latest works by domestic filmmakers Maia Martiniak, Lucia Kašová, Vladislava Sárkány and Jakub Julény will be premiered during the upcoming, online iteration of the festival

It’s a wrap for the Reykjavik International Film Festival

This year’s hybrid edition saw the triumph of Lemohang Jeremiah Mosese’s This Is Not a Burial, It's a Resurrection, winner of the prestigious Golden Puffin

The winner of the DOX:Award, helmed by Estephan Wagner and Marianne Hougen-Moraga, is a rare example of a sober, considerate and nuanced treatment of a potentially incendiary subject 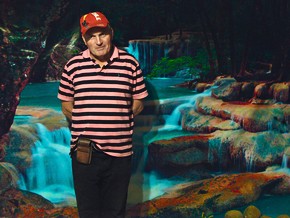 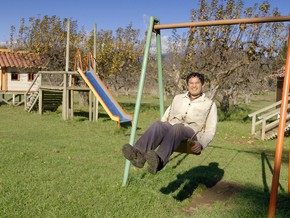 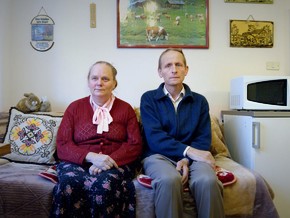