"It's going to be bloody. It's going to be a dictatorship," assures Rodrigo Duterte in 2015, on the eve of presidential elections in the Philippines, to journalist Maria Ressa, the main protagonist of We Hold the Line [+see also:
trailer
film profile], the latest documentary by German director Marc Wiese, which won the F:act Award at this year's CPH:DOX.

Four years later, an estimated 25,000-30,000 people have been killed in Duterte's war on drugs, and Ressa is arrested at the airport as she is returning from New York, where she took part in the Time 100 conference as one of the journalists named as the magazine's 2018 Person of the Year. She and her influential, independent media outlet, Rappler, have been harassed and persecuted both in real life and online by the dictator's system and an army of trolls for its critical coverage.

Clearly, Duterte was not just talking the populistic strongman talk that many right-wing leaders around the world use to get votes – he meant it literally. His "anti-drug" policy is well known and notorious, and as seen recently in the IDFA title Aswang [+see also:
film review
trailer
film profile], it is on one hand a far cry from, say, Reagan's war on drugs in the 1980s, as the Filipino leader not only directly targets the dealers and pushers, but actually straight-out kills drug users. On the other hand, however, the inevitable connection between the state and organised crime is something that the US example and Duterte's rule have in common. A senator interviewed in Wiese's film, whose office is equipped with bullet-proof glass and curtains, indicates that Duterte's son Mario could be a key figure in the drug-smuggling business, which moved from the port city of Davao, where the current president used to be the mayor, straight into Manila as he came into power.

Wiese's thriller-like documentary covers a wide ground through only half a dozen interviewees. In addition to the senator, Ressa and another Rappler journalist, three killers, hidden behind masks, who are either working alone or belong to one of the death squads that are not officially connected to the police but are effectively controlled and paid by the government, reveal brief but very specific details about their methods and the system that they are a part of.

The film does have a somewhat fragmentary feel owing to the wide variety of protagonists, but Ressa herself also serves as the connecting tissue between various segments. An experienced, uncompromising, fully dedicated journalist, she speaks calmly and clearly despite the psychological warfare she and her colleagues from Rappler are subjected to. A suspenseful sequence near the end of the film shows how an online trolling harangue easily spills over into real life in the atmosphere of fear created by Duterte and his administration.

We Hold the Line has a definite thriller vibe, built through a combination of interviews and dramatic scenes from the streets of Manila, both those filmed directly for this documentary and those found on surveillance tapes and occasional smartphone footage from witnesses of various bloody events. The pulsing, tense score by Hannes Bieber, which also incorporates the eerie electronic improvisation "Glass" by Alva Noto and Ryuichi Sakamoto, plays a crucial role in augmenting the feeling of the topic's urgency. On top of that, the scale of the documentary, and thus the viewer's perception of the importance of the subject matter, is boosted not only by Ressa's journalistic stature, but also her testimony in front of the Canadian Parliament's International Grand Committee on Big Data, Privacy and Democracy.

We Hold the Line is a production by Berlin-based Dreamer Joint Venture Filmproduktion, and German company Magnetfilm has the international rights.

more about: We Hold the Line

The Al Jazeera Balkans Film Festival, dedicated to TV documentaries, will take place 11-15 September online and on location in Sarajevo 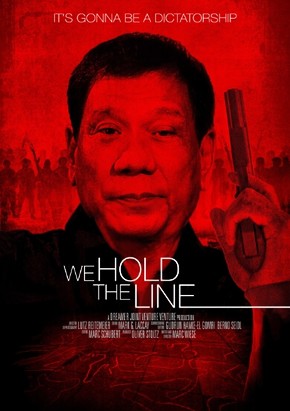 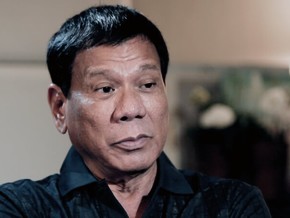 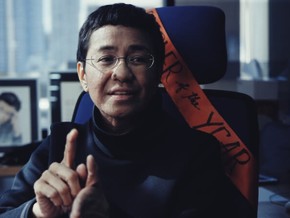 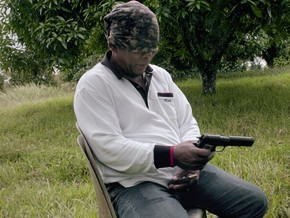