06/04/2020 - Lotta Petronella's immersive, dreamlike documentary explores the history and the present of the Baltic island that used to be home to an asylum for mentally unstable women

Själö is a tiny island in the Baltic Sea, off the coast of Finland near Turku. In 1619, King Gustavus Adolphus, who made Sweden into an empire, ordered that a hospital for lepers be built on the island. In later years, the elderly, disabled and the incurably sick would end up in this hospital, and increasingly, it became a place for women with mental problems – those "without God's spirit", as records from the era cite. Finally, in 1755, it was fully turned into an asylum and functioned as such until 1962. Today, the hospital is home to the Centre of Environmental Research of the University of Turku.

This is the subject of this year's CPH:DOX F:act Special Mention winner, Själö - Island of Souls [+see also:
trailer
film profile], the newest documentary by Finnish artist and filmmaker Lotta Petronella. Like the island, with its long, complex and dark history, it is a multi-layered film that tackles numerous issues – from the idea of what lunacy or the soul are, to institutional and societal treatment of women through the centuries, to environmental topics within the research undertaken by the institute. And the way Petronella deals with these questions is very much her own: authentic and original, very artistic, sensorial and extremely immersive.

The film starts with Petronella's first visit during a very snowy winter. The natural surroundings are gorgeous, and the hospital is a straightforward, simple but beautiful edifice, which only strengthens the spookiness of its history. It is said that most patients died in the hospital, and this is supported by the fact that none of their letters, some of which are read in a voice-over, were ever sent. And it's heartbreaking when you think about, for instance, a lady of 42 years of age and all of 38 kg of weight who wrote to her mother to send her money for coffee and dresses, and who apologises for not having written for the whole year, as she'd had no money for postal stamps.

Coincidentally, the researchers at the institute are also all women, and the fact that they are working in what used to be patients' cells adds yet another scary feeling to the story. They are filmed as they collect specimens from the island and the sea, and inspect them. Petronella and her co-editor Matti Näränen patiently build a dreamlike world in which stories from centuries past overlap with images of insects on the window in the soft glow of the setting sun, which are then succeeded by footage of what the researchers see under the microscope.

It is easy to link these little dots of moving life with an abstract visual idea of mental illness, but the associative connections that are created go way beyond logic, and the main tool in Petronella's transcendental approach is the sound design. While the director's own voice-over is crystal clear, the voices of other women who read the unsent letters, often in a whisper, or diagnoses from the hospital records seem as if they are coming over a bad telephone line.

The atmospheric, experimental music by Finnish composer Lau Nau serves as an accompaniment to the dense sound design in which there always seems to be wind blowing, insects chattering or chirping, leaves rustling, or drops of water fizzing as they land. It makes for a truly immersive viewing experience when added to Kerttu Hakkarainen's predominantly fixed camera, which captures the interiors of the hospital with great care and meticulously designed lighting, and the breathtaking exteriors in all their glory. But the most suggestive image is actually never seen on screen – it is a constructed memory related by Petronella, confirming the power of the story and the solidity of the film's concept.

Själö – Island of Souls was produced by Finnish company Made, and Toronto-based Syndicado has the international rights.

more about: Själö - Island of Souls

The new 1970s-set series, helmed by Marja Pyykkö and Pamela Tola, has begun its July shoot

Lotta Petronella's immersive, dreamlike documentary explores the history and the present of the Baltic island that used to be home to an asylum for mentally unstable women

Nordic talents are celebrated once again at CPH:WIP

The Finnish Film Foundation makes sure different stories are told

The organisation has given over €4.36 million to 21 new projects, ten of which are being helmed by female directors 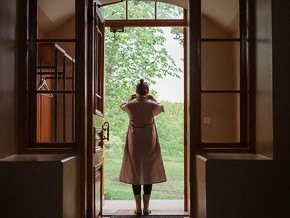