14/04/2020 - The road comedy directed by Alberto Ferrari is the first Italian film to debut directly on streaming platforms, in this period where cinemas are closed due to the coronavirus pandemic

It was initially meant to open in cinemas on 19 March, the date of Father’s Day in Italy; instead, it has become the first Italian film to debut directly in streaming, without playing in cinemas, which have been closed for over a month due to the coronavirus pandemic. From 12 April, A Son Named Erasmus [+see also:
trailer
film profile] by Alberto Ferrari (Tra due donne, La terza stella) has been available on-demand on streaming platforms, where it will stay for four weeks. Produced by Eagle Pictures, with Vivi Film Portugal, this road comedy starring Luca Bizzarri, Paolo Kessisoglu, Ricky Memphis, Daniele Liotti and young Portuguese actress Filipa Pinto (The Man Who Killed Don Quixote [+see also:
film review
trailer
interview: Terry Gilliam
film profile]), begins in Roma and crosses Portugal in the footsteps of four men who, after suddenly finding out they are fathers, go in search of the son, fruit of an error of youth.

That’s right: one son for four fathers. Twenty years prior, friends Pietro, Enrico, Ascanio and Jacopo had loved the same woman, Amalia, during their Erasmus stay in Lisbon. Amalia has now died and, invited to her funeral in Portugal, the four men discover that a son was born from one of these relationships, but they do not know which one. Thus, while awaiting the results from the DNA test, the characters decide to go looking for this mysterious twenty-year-old son. Accompanied by a local girl (Pinto) who offers her help, they embark on a picturesque van that carries sardines and travel to the north of the country, from Lisbon to Figueira da Foz, going through old villages, woods, and ocean cliffs. There is enough time for a detour to the old university campus where they spent their Erasmus period, and for a boozy evening at a club where, as in The Hangover, the absurd effects of the night out can be admired the morning after.

It goes without saying that the journey will be a source of introspection and change for each one of the men: for Jacopo (Kessisoglu), “the most intelligent of all,” who twenty years ago was Amalia’s official boyfriend and who today is a priest who cannot accept his sister being a lesbian; for Ascanio (Bizzari) who, behind his eccentric look and his airs of eternal Peter Pan, hides a painful secret; for Pietro (Memphis), humble artistic manager of an arrogant and talentless rapper; and for Enrico (Liotti, who also takes care of the imposing voice over), an architect with political ambitions set to marry the cliche of the hysterical madwoman, but who during the trip will meet a charming former professor (Carol Alt). Besides slight variations, this has all been done before and is very predictable, including what are meant to be twists and turns, in a comedy that proceeds through all the obligatory stops and which does not go far beyond the simple assumption that a son can change your life. A light comedy which, in times of self-isolation at home, could provide some escapism and allow viewers to travel through the beautiful scenery of the Portuguese coast, but which — it is feared — will be remembered more for the anomalous circumstances of its distribution than for any of its particular qualities.

more about: A Son Named Erasmus

The firm is presenting Alessandro Rak’s animated work Yaya e Lennie - The Walking Liberty, Gabriele Salvatores’ film made in lockdown Viaggio in Italia and the documentary Fellini of the Spirits

Movie theatres will be awarded 10,000 euros a piece, as well as a contribution towards their loss in earnings, by way of a new government provision

The road comedy directed by Alberto Ferrari is the first Italian film to debut directly on streaming platforms, in this period where cinemas are closed due to the coronavirus pandemic

The star attraction to be touted by RAI’s commercial arm at Berlin’s European Film Market is the Giorgio Diritti biopic on Ligabue, starring Elio Germano

This third round of contributions will generate over €16.1 million in production spending in the Netherlands 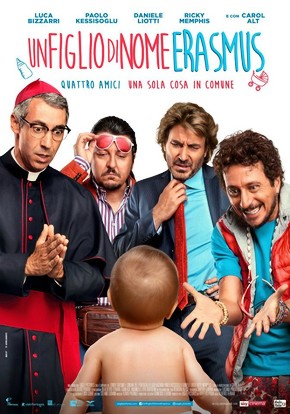 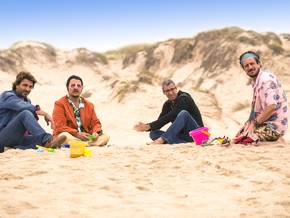 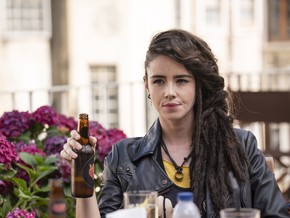 LIVE: The films selected for the 78th Venice Film Festival