23/04/2020 - In the absence of a cinema release, Bastien Simon's documentary about the ephemeral project “Grands Voisins à Paris” is available via 25eheure.com

The documentary by Bastien Simon, Les Grands Voisins, la cité rêvée [+see also:
trailer
film profile], opens with a sequence which is striking for its strange beauty. A man dressed in a "Draa", the traditional Moorish bubu, hums in an abandoned operating theatre. In the middle of the room is a surgical bed and overhead lights: the curious character plays with the lighting, as if to shine a light on his memories. He roams through the decrepit corridors. The tone is set: these places which not so long ago swarmed with doctors, nurses and patients, have known great moments of glory, now consigned to the dim and distant past.

It was this twilight sensation which invaded the filmmaker as he discovered the old Saint-Vincent-de-Paul Hospital located in the heart of Paris. In the 17th century, this establishment known as the "Hospital for Children in Need" welcomed orphans. Between 2015 and 2017, this disused space was given a new mission: with the backing of the authorities, the hospital was converted into lodgings for people in difficulty. Intitled "Grands Voisins – Fabrique de biens communs", the project was implemented in lightning speed, taking in 600 residents in need and accommodating 260 associations, artists, artisans or start-ups driven by the desire to invent new ways of living together. It’s a real little village at the heart of the 14th arrondissement. But first and foremost, it’s a social laboratory which no less than 2,000 people pass through each and every day.

Bastien Simon is looking to rekindle bonds of hope and solidarity, in an attempt to counter the sombre mood surrounding the terrorist attacks on Charlie Hebdo and the Bataclan. He’s also fascinated by buildings which are given a second lease of life. It’s the joie de vivre of the building’s inhabitants, these "people on the fringes", which feeds his passion for and interest in this project; that, and the boundless commitment of associative actors such as William (the property manager) and Aurore (of the association Yes We Camp).

The director, who also helms the camera here, was inspired by Ici Najac,à vous la terre by Jean-Henri Meunier (2006). Indeed, Les Grands Voisins, la cité rêvée talks about a particular way of being a citizen and speaks of humanity by way of its beautiful gallery of marginal characters, such as the members of the band Kacekode: Mira known as "The Miraculous" and Thierry for whom music is a force against precariousness. But Maël, the Mauritian artist whom we glimpsed at the beginning of the film, is Simon’s greatest find. An illegal political refugee, the man inspires joie de vivre. Yet, this family man separated from his loved ones still has much to do. In one particularly powerful moment, he addresses the French Prime Minister and humbly asks him to put an end to the "denial of nationality" of which he claims to be the victim…

Indeed, it’s often a question of politics, whether through the words of Head of Security Kamel, who comments on the results of the presidential elections as they’re announced, or during general meetings held in the amphitheatre. François Hollande, Édouard Philippe, Anne Hidalgo... They all make fleeting appearances, extolling the virtues of the project. Simon films this political waltz from a distance, unbiased. But this doesn’t stop him from interjecting from behind the camera by way of a voice-over: it’s a way for the filmmaker from Lorraine to affirm his full support for the project and its mandate.

Ultimately, the film is a rich account of the ephemeral utopia which is said to have lasted two years. Today, the old hospital is being used for other purposes... It’s enough to spark debate and inspire aspirations.

Produced and distributed by La Vingt-Cinquième Heure, the film is available via 25eheure.com in the absence of a cinema release.

"In these times of crisis, our system allows exhibitors to maintain social ties with their audience"

We met up with Pierre-Emmanuel Le Goff, founding partner of La Vingt-Cinquième Heure, which has launched an innovative tool to keep movie theatres in business despite the pandemic

In the absence of a cinema release, Bastien Simon's documentary about the ephemeral project “Grands Voisins à Paris” is available via 25eheure.com 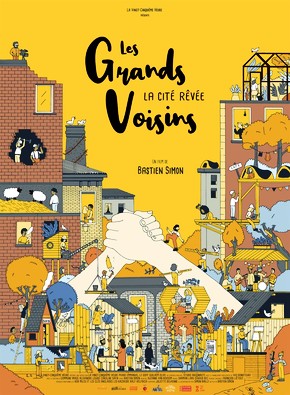 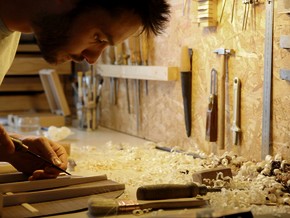