11/05/2020 - Chosen to open the 15th edition of the Haapsalu Horror and Fantasy Festival before it moved online, Ant Timpson’s directorial debut features one weird family reunion and fun facts about semen

Stephen McHattie and Elijah Wood in Come to Daddy

Co-produced by Irish company Blinder Films and just shown at the Haapsalu Horror and Fantasy Festival (8-10 May), Ant Timpson’s Come to Daddy [+see also:
trailer
film profile] is a demented delight. It combines truly impressive production values with toilet humour – or, to be more precise, a pen smeared with faeces – and a sense of actual longing for a close relationship that never was, and probably never will be. Said relationship is between a father and son, as Norval’s dad walked out on his family when he was just a kid. But now, the prodigal parent seems to have finally changed his ways, at least enough to send Norval a letter, asking him to come and visit.

On arrival, Norval (Elijah Wood, clearly the least vain of all actors at this point) is in for a surprise, rather than a powerful hug. Except for a perfect selfie attempt – using his golden, limited-edition smartphone designed by singer-songwriter Lorde – they just don’t click. Half-hipster, half-Lloyd Christmas with an unfortunate bowl cut, he tries to impress the old man (Stephen McHattie) by bragging about his music credentials, as he can apparently “count Kendrick Lamar and Chance the Rapper among his closest allies”, not to mention he knows Elton John, too. Or Reginald, as his friends know him. But his increasingly drunk one-man audience couldn’t care less about all that, or about his scars after a botched suicide attempt, and swiftly exposes his white lies. Before too long, a cleaver appears out of nowhere, and there goes the much-desired quality family time.

Made by the team behind The Greasy Strangler, with Timpson and Wood both listed as proud co-producers of that unforgettable 2016 curio, again joined by writer Toby Harvard, the thriller-esque Come to Daddy can’t help but immediately settle in the acquired-taste territory. And yet it’s also brilliantly, crisply shot by Daniel Katz and ultimately rather classy – despite a scene featuring a man meeting a grisly end involving plastic wrap. In case that sounds more practical than it actually is, don’t try it at home, please.

The game Elijah Wood, no stranger to genre fare, brings real pain to the story, as after all these years, the boyish-looking Norval clearly suffers from abandonment issues, still. But an intimate beginning with two men testing each other like their life depends on it quickly gives way to pure mayhem and The Wizard of Oz quotes, as well as a geology convention doubling as a swingers’ night out. Not for the squeamish, certainly, but it does manage to deliver some truths along the way, like the fact that bad guys always have eyes like raisins and just about every decision in life pretty much comes down to one question: “Do you want to be tortured to death by a hunchback?” The answer is no. It’s always a no.

more about: Come to Daddy

Chosen to open the 15th edition of the Haapsalu Horror and Fantasy Festival before it moved online, Ant Timpson’s directorial debut features one weird family reunion and fun facts about semen

Going online for its anniversary edition, the Estonian genre festival still promises to stay in costume 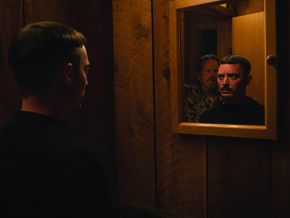 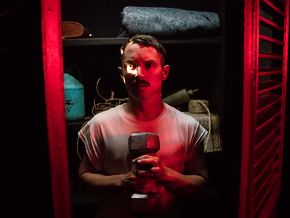 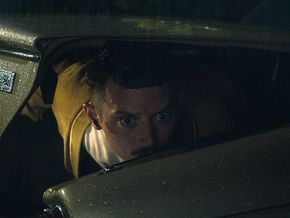