12/05/2020 - For his first foray into fiction fourteen years after the animated work Renaissance, Christian Volckman offers up a chilling, thrilling and abstract genre film

Olga Kurylenko and Kevin Janssens in The Room

"The only thing more dangerous than a man who can’t have what he wants is a man who can have anything he wants". Human existence obeys certain immutable laws, from birth through to death. But when another dimension emerges, capable of pushing back the boundaries of reality, of erasing the limits of nature and of satiating each and every desire, an immense and unfathomable world of possibilities and dangers opens up. Such forbidden territory has always been the bread and butter of science-fiction films, and now it’s French director Christian Volckman’s turn to venture into the field with The Room [+see also:
trailer
interview: Christian Volckman
film profile], which marks both his fiction debut and his return to the film scene following a remarkable first animated feature film, Renaissance [+see also:
film review
trailer
interview: Aton Soumache
interview: Christian Volckman
film profile] (which notably triumphed in Annecy in 2006), and a temporary career interlude dedicated to painting. And just as the filmmaker’s fate seems decidedly tied to the extraordinary, his new film (in the English language) - whose cinema release on 25 March was made impossible by the lockdown imposed by the pandemic - is also the first French title to draw on the exceptional provisions introduced in France, allowing it to be released directly on VOD (via Condor Distribution) on 14 May.

"It’s in the middle of nowhere". We’re in the northern reaches of New York State, close to Springwell. A loved-up couple of young thirty-somethings - Kate (the French actress of Ukrainian origin Olga Kurylenko) and Matt (Belgium’s Kevin Janssens) - move into a sprawling, secluded house. But upstairs, at the end of a long hallway, hidden beneath the wallpaper, a heavy metal door decorated with Kabbalistic triangles awaits them. Discovered by Matt (a painter/artist), who also finds the requisite key abandoned amidst a jumble of old furnishings which he throws out the window, this secret door opens out onto an empty room which, when entered, causes all the lights in the house to flicker. Called to the rescue, a repairman confesses his confusion in the face of the stupefying tangle of electrical circuits stretching out from the basement ("I’ve never seen anything like it. If I were you, I wouldn’t touch anything") and he reveals to Matt, in particular, that the previous owners of the house were killed there forty-five years earlier (by a stranger who was subsequently sent to a high-security psychiatric hospital, as an internet investigation later unveils). The scene is set, and the Room will soon reveal its true strength: the power to fulfil all material wishes and to conjure up any object desired. Overcoming their initial fears, Matt and Kate are intoxicated to the point of decadence by this horn of plenty, swimming in money, champagne, caviar, jewels and luxury clothes, and losing themselves in role play. Then Kate takes a very perilous short-cut and asks for a child (denied her by nature), only to discover that none of the Room’s creations can survive outside of the house but that all living beings crave freedom…

The great charm of The Room resides in the many different readings it offers. Its “no exit”, sci-fi surface layer respects all the troubling yet thrilling codes of the genre, shored up by a well-put-together screenplay full of twists and turns which unfold within a highly suggestive setting, shot with a solid sense of the aesthetic. But the real appeal of this feature film lies in its subsurface strata, which offer a symbolic, psycho-analytic and metaphysical portrait of triumphant materialism, of the isolation of the privileged (there are germs outside), of overprotective upbringings, of discord within relationships, of the power of imagination, of dreams and desires and their inherent darker sides: slavery and freedom. It’s a sorcerer’s apprentice-style dance into the unknown and into the moving sands of the esoteric, which no-one will come out of unharmed.

more about: The Room

"I could introduce ideas such as mental labyrinths: the puzzle of the human mind"

French director Christian Volckman talks about his transition to fiction via The Room, genre cinema and trepidation towards the form in France

For his first foray into fiction fourteen years after the animated work Renaissance, Christian Volckman offers up a chilling, thrilling and abstract genre film

Sentinelle by Julien Leclercq chomps at the bit in post-production

Currently in the Netflix showcase with his work Earth and Blood, the French filmmaker has already shot another film for the platform, with Olga Kurylenko shining bright in its cast

Dedicated to French-speaking writers, the residency that takes place on the beaches of Brittany is ready to host its next scriptwriting coaching programme

Competitions galore and a Nordic Focus at this year’s BIFFF

The bountiful 37th edition of the Brussels-based festival will boast nearly 100 films on its programme, including ten European movies duking it out for the Silver Méliès 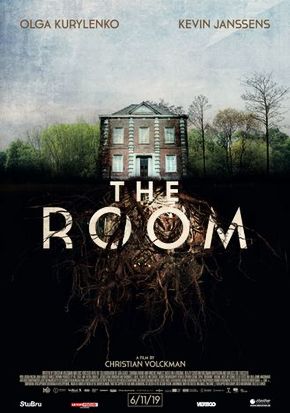 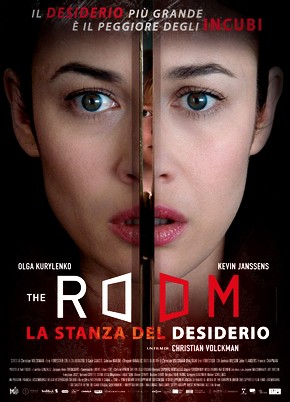 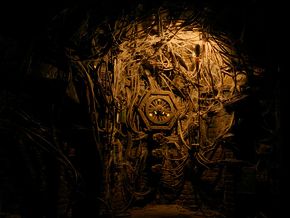 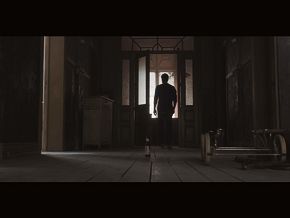