"Who are you? Who are your kin? In vain I questioned you. In vain I forced some solitary ghost, your messenger, to reveal to you the secret of what we are, a Polynesian dream." Having come to mourn at the grave of his father - a man of letters and a delegate of the French Republic who had "spent his entire life working towards the freedom and dignity of the Polynesian people" (as his epitaph indicates) - Teivi listens to his sister pay tribute to the deceased, beneath a perfect blue sky. As always, his “half and half” face of a mixed race Tahitian reveals hardly any emotion, such is the elusive character of this young parliamentary attaché, who is one of two protagonists in Paradise [+see also:
trailer
interview: Paul Manate
film profile], Paul Manate’s first full-length film which will be released directly on VOD on 24 May, courtesy of UFO Distribution and Premium Films.

On the bank of a small river flowing into the Pacific Ocean, construction vehicles prepare the worksite for the Tahiti Millenium project, a luxury hotel development supported by Member of Parliament Gilot (Belgium’s Patrick Descamps), who’s also the godfather and employer of Teivi (German actor Sebastian Urzendowsky). Opposite, makeshift huts shelter a small Mauri community whose eviction will soon be fast-tracked by a highly convenient case of poisoning affecting the local waters, discretely carried out at night by Teivi, who doesn’t trouble himself with moral questions, instead preferring to busy himself with nightclub excursions and outings in convertibles.

It’s in the midst of this dual-speed society that our story unfolds, the other side of which is embodied by Yasmina (Blanche-Neige Huri), a high school girl who struggles with her lessons and doesn’t have much in the way of looks (she’s of a larger, heavy-set type). For two years, this poor relation of Teivi’s has been under the tutelage of her aunt’s (very big) family, following the tragic and mysterious death of her mother and her simple, fisherman father’s subsequent rejection of her. But this is an island, a space where, in spite of glaring differences, a form of interdependence reigns, which also takes root in a culture and a collective unconscious very close to the forces of nature. Indeed, Yasmina - for whom Teivi wangles a job as a chambermaid in tourist lodgings – is known for having inherited her mother’s Tahu’a powers (witchcraft, healing, clairvoyance) and meeting her causes an obsessive, dangerous and transformative commotion in Teivi’s indolent, amoral life…

A tale of a yearning to reconnect with the lost innocence of childhood and with the core values of a land where waterfalls glisten in the moonlight, nestled amidst luscious jungle surrounds, Paradise successfully blends social realism and oneiric mysticism, the portrayal of two individual paths and that of a society plagued by wheeling and dealing, all through the medium of a well-constructed plot (penned by the director in league with Cécile Ducrocq). In a story bordering on a thriller, Paul Manata slowly and skilfully develops an atmosphere of multiple, far-reaching ramifications. His use of numerous non-professional actors anchors the film in credibility, his calm and controlled mise en scène lends relief to the interesting colours produced by director of photography Amine Berrada (who already garnered acclaim with The Unknown Saint [+see also:
film review
trailer
film profile]) and, overall, the feature film achieves the (not so easy) feat of juxtaposing ingredients of highly distinct flavours, as well as spotlighting the poetic witchcraft of ancestral French Polynesia and its picture-perfect surrounds, which are, sadly, so susceptible to economic predation.

Produced by Nicolas Brevière on behalf of Local Films, Paradise was co-produced by Filmin'Tahiti, A perte de vue and Anaphi Studio. International sales are in the hands of MPM Premium.

"In Tahiti, there is a respect for ancestral beliefs: ghosts, the powers of the Tahu’a, taboos"

The Tahitian director will shoot his feature debut, toplined by Sebastian Urzendowsky and produced by Local Films 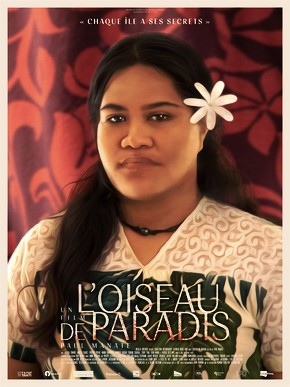 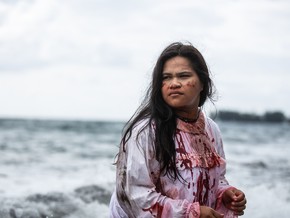 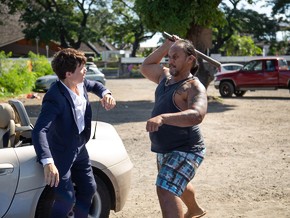 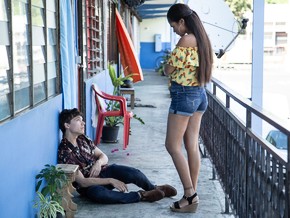 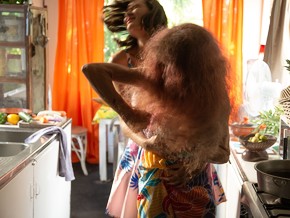 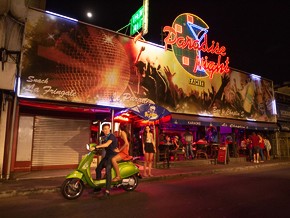