27/05/2020 - Playing with archive images and historical reconstructions, Anders Ostergaad moves us deeply with a film which boasts an incredible performance by the great Bruno Ganz

The 23rd edition of the DocsBarcelona International Documentary Film Festival, which audiences are enjoying this week via the Filmin platform, is offering up some brilliant titles. Winter Journey [+see also:
trailer
film profile], a German-Danish co-production directed by Anders Ostergaad, happens to be one of these works and is competing in the official Panorama section of the event. Based upon a book by Martin Goldsmith (who’s also the co-screenwriter in this instance), the film calls upon the exceptional acting prowess of Bruno Ganz and, in one of his last on-screen appearances (he died in February last year), the German actor proves once again that his acting abilities come close to the sublime.

In a documentary which flirts seamlessly, and continually, with fiction, Ganz plays George Goldsmith, the co-scriptwriter’s father upon whom the film is based. The eyes and voice of this actor arouse great emotions at various points in this journey into the past, created by way of archive images, recreated conversations, reconstructions filmed in black and white, and even old photos where the actor embodying the main character has been digitally inserted.

And so, jumping backwards in time, from the end of the 20th century to the dawn of the Second World War, the film – hugely emotional and not lacking in an intense love story or a surprising, heartwrending finale – begins with an act, a gesture, which leads a man to initiate an investigation to uncover the origins of his family, who emigrated from Germany to the USA. In this way, nostalgia, history and mystery go hand in hand in this dialogue between a father and his son, deftly illustrated through a wealth of images and sounds.

In the course of this journey into darkness, we will see how in 1935, a young, German, Jewish musician longed to fulfil his dream of playing in an orchestra, but his country was beginning to experiment with Nazism. As he satisfies his desire to be part of a band, with all the enthusiasm that this brings, hell breaks out in the streets around him. And, to the viewer’s surprise, he becomes part of a strange cultural propaganda tool wielded by the Nazis.

Co-directed by Erzsebet Rácz, with dialogue in English and German, and combining scenes in colour and others in black and white, Winter Journey is a Plus Pictures Aps (Denmark) and Zero One Film (Germany) production, backed by the Creative Europe -MEDIA programme.

Playing with archive images and historical reconstructions, Anders Ostergaad moves us deeply with a film which boasts an incredible performance by the great Bruno Ganz 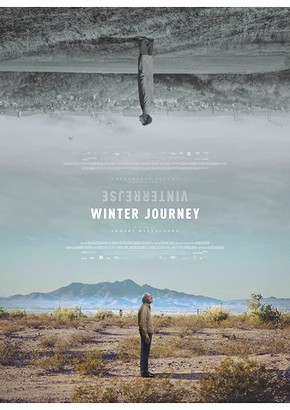 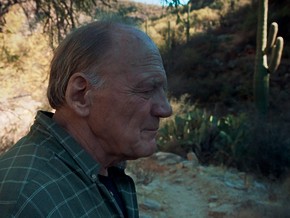