After a short run in local cinemas and a festival premiere that had been supposed to take place in the main competition of this year's cancelled Sofia International Film Festival, Bulgarian director Viktor Chouchkov's drama 18% Grey [+see also:
trailer
interview: Viktor Chouchkov
film profile] was back in his country's cinemas soon after they were allowed to reopen at 30% capacity. Starring Ruscen Vidinliev as Zachary, a Bulgarian photographer facing a failed relationship and a failed career, the film is unfortunately too long for its own good, but besides honest performances and a very pan-European feel, it also offers an exploration of a few topics that may be of interest to international audiences.

From the very first shot, we meet Zachary and Stella (Dolya Gavanski, also one of the film's three screenwriters), two Bulgarian artists living in London. It is obvious they are deeply in love, but the audience soon comes to understand that this is only a flashback, as in the present, their relationship is over. Weighed down by their dissatisfaction with their life as immigrants forced either to compromise (Stella) or to give up on their dreams (Zachary), their relationship collapses in bitterness and jealousy, with Stella leaving for a better life in Berlin.

Vidinliev (also the main actor in Lachezar Avramov's A Picture with Yuki [+see also:
film review
trailer
interview: Lachezar Avramov
film profile]) is at his best playing Zachary, a photographer whose nomination for a prestigious international prize makes him determined to leave the Bulgarian city of Varna and try to make it big in one of the world's artistic capitals. Now left behind by Stella, the protagonist is haunted by his past, choices and lost love, in moody sequences where all of the sounds and objects seem able to make him obsess about what has been lost. A violent encounter with three thugs pushes Zachary to take action and turns 18% Grey into a road movie, as the hero heads off to Berlin to win back Stella.

The film suffers somewhat because of a dramatic convention, as the story is a mix of flashbacks from three different periods in Zach's life (let's call them Happiness, Frustration and Loss) and a string of so-called “meaningful encounters”, as the protagonist is forced out of his comfort zone by various misadventures on his way to Berlin. This approach is somewhat contrived, as every encounter is obviously designed to serve a purpose, be it to amuse, surprise or move the audience. This convention, plus its artistic and pan-European ambitions, makes 18% Grey rather too similar to Konstantin Bojanov's Light Thereafter [+see also:
film review
trailer
film profile], which probably explains big festivals’ lack of interest in Chouchkov's film. But rest assured, aided by Vidinliev’s nuanced performance, the director proves that he knows how to navigate the complex, painful waters of loss and rebirth.

In a story such as this, about an immigrant in London, there was definitely more of an opportunity for social commentary, but the film is more interested in its artistic and sentimental aspects, the two being united by an interesting analysis of how we “sell” (or censor) ourselves in our relationship with others, be they our partners, employers or patrons. While we disliked the twist that the story keeps up its sleeve (no room for spoilers here!), 18% Grey definitely deserves the attention of international audiences after the film is released outside of Bulgaria.

As many as 19 films were competing for the awards of the 38th Golden Rose Film Festival in Varna, Bulgaria

Bulgarian films shine at the country’s biggest gathering for domestic productions, which kicks off today

For the first time ever, the gathering will screen dozens of titles in its selection online

The €1.3 million project is being staged by the Chouchkov Brothers production company 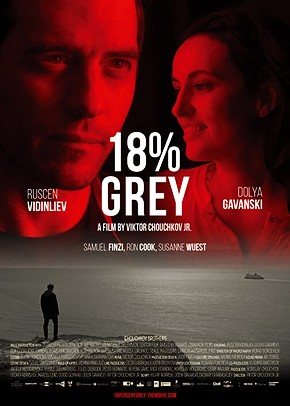 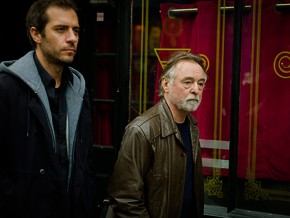 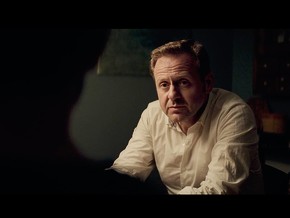 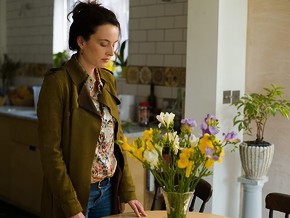 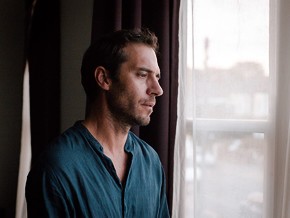 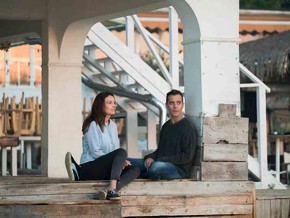