Out of the four Italian journalists who started the online newspaper Slow News, three are credited as filmmakers behind the feature-length documentary Slow News [+see also:
trailer
film profile], which had its world premiere in the international competition of the Thessaloniki Documentary Festival. It was directed by Alberto Puliafito, produced by Fulvio Nebbia and written by the two plus Andrea Coccia. Focusing on the need for real, analytical and ethical journalism in the age of information overload and social media, the film functions better as a journalistic insight into the topic than as a cinematic work.

Taking its name and cue from the 2010 book by Peter Laufer, a journalism professor at the University of Oregon and a key figure in this informal international movement and the film itself, Slow News is divided into two halves. The first part explores the media situation as we find it today, reflecting on the variety of phenomena that are broadly defined under the monikers of "clickbait" and "fake news", and are a major source of societal and political changes in a world in which social media have taken on the role of journalism and degraded it to a dangerous level. The second half looks at the prominent representatives of the trend, which started independently in different Western countries as frustrated, overworked and underpaid media professionals and experts decided to take a step back and find new ways to employ old (that is, proper) journalistic practices and adapt them to the current media landscape.

The film is studded with interviews with figures such as New York Times CEO Mark Thompson, BuzzFeed editor Craig Silverman, former BBC News director Helen Boaden, sociologists, historians and journalists who take part in two events organised or co-hosted by the filmmakers, the Journalism Festival in Perugia and a special, one-off gathering in Trento. These are densely intercut to show the pros and cons of each particular issue, and the same principle is employed in the second half, where we learn more about the efforts and discoveries of the new media that are adopting the slow-news approach: Italy's Internazionale and Valigia Blu, the UK's Delayed Gratification, Denmark's Zetland, France's America, and the Netherlands' De Correspondent and Flow Magazine. Finally, there is a segment showing the filmmakers' visit to the USA, including a local paper in Eugene, Oregon, and Laufer's lecture at the university, inserted between the two major parts of the film. The movement's institutional recognition is shown through a connection with the US Consulate in Milan.

As far as the content of the picture goes, there is little fault to be found. After all, it was made by journalists who know how to explore a story. It is highly detailed and insightful, but as a feature-length documentary (with theatrical versions of 92 and 114 minutes, and a 52-minute TV edit), it feels overcrowded, regardless of the viewer’s potential interest in or knowledge of the subject matter. This means we don't get to really meet and feel the protagonists, and this is a pity because most of them are engaging characters. Also, the footage from Perugia and Trento often feels like promotional videos for these events, with too many dolly or drone shots and a generic score that undermine the seriousness and substance of the topic.

On the other hand, Slow News makes a strong case for the issue and correctly identifies one of the key societal issues of the present day while also offering real-world solutions (or, at least, proposals) based on successful examples of the practice, so it is a good pick for issue-driven festivals, and educational and debate-focused events.

Slow News is a co-production by Italy's IK Produzioni and BabyDoc Film, and France's Java Films has the international rights. 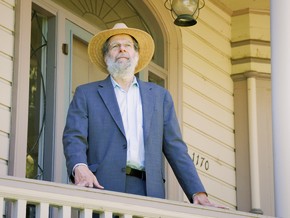