In the Rhyme & Rhythms section of Sheffield Doc/Fest is King Rocker [+see also:
trailer
film profile], a beast of a movie directed by Michael Cumming (Brass Eye) and presented by Stewart Lee, a British stand-up comedian, writer and director. Most notably, Lee wrote and co-directed the West End hit musical Jerry Springer: The Opera, which was based on the titular talk show, and featured much profanity and dancing Ku Klux Klan members. For King Rocker, Lee has gone to the other end of the popularity scale, taking a nostalgia-filled, free-flowing voyage through Birmingham focusing on a giant King Kong statue and Robert Lloyd, who, you can be forgiven for not knowing, was the frontman of post-punk band The Nightingales and, before that, The Prefects.

The movie is like one giant thesis, which tries to link the fate of a Nicholas Monro public sculpture of King Kong, which stood in the city's Manzoni Gardens in the Bull Ring for six months from March-November 1972, with the life and times of Lloyd. Much of the film features Lee chatting to Lloyd in everyday locations, such as pubs, cafes and the garden in Cumbria where the statue can be found standing tall today. By and large, the analogy works, and it keeps this documentary informative and entertaining. After all, who doesn't like a good Kong movie?

It is a doc that also deals with how Lloyd's mental health suffered – he even moved to London with his wife and child, where he struggled to make money. The on-screen hangout between the father and his now-adult son is very touching, as it shows that great things can come even in fractured lives. There are some crazy diversions, most notably how magazine editor James Brown, whom Lloyd played football with, decided to sack food critic Nigel Slater and replace him with Lloyd, whose idea of a slap-up meal was beans on toast. This single example could perhaps explain why Brown, who created the lads’ magazine culture that boomed in Britain in the 1990s, fell from grace just as quickly. Both Slater and Brown are interviewed in the film, as is comedian Frank Skinner, one-half of Baddiel and Skinner, the masterminds (along with band The Lightning Seeds) behind one of football's most famous anthems, "Three Lions (Football's Coming Home)". He talks about how he was briefly a singer of The Prefects, having simply done an audition on the street. So punk.

Cummings and Lee have created an enjoyable documentary, even if the music will not necessarily be to everyone's taste. They bring in archive material of John Peel to give clout to their assertion that Lloyd was the real deal. However, it's almost irrelevant whether he was that great or not, because it's significant that, today, without the pressure of trying to make it, Lloyd seems to be enjoying performing more than ever. It just goes to show how the lure of fame is a huge monkey to have to carry around on your back.

King Rocker is a UK production staged by K Rocker Films in association with Fire Films.

The gathering has revealed its line-up of films set to launch digitally in June and in cinemas in the autumn; the 115 movies of all lengths come from 50 countries and represent 49 spoken languages 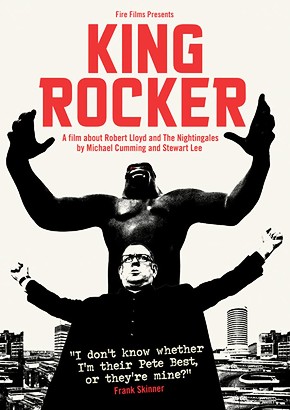 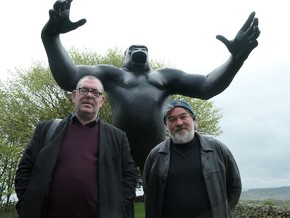