23/06/2020 - CANNES 2020: Aurel signs a magnificent animated film about the Retirada, the painful exodus to France in 1939 of the antifrancoist Spanish people, through the story of artist Josep Bartoli

"It is bitter. We get used to it if we don’t die from it." French director Aurel and screenwriter Jean-Louis Milesi chose to tackle a hot topic in their remarkable film Josep [+see also:
trailer
interview: Aurel
film profile], recipient of a Cannes 73 Official Selection Label and unveiled at the Online Marché du Film. In February 1939, after the capture of Barcelona by the pro-Franco Falange Española, nearly 500,000 Spanish Republicans crossed the Pyrenees to find refuge in France where they were put into camps, in places including Argelès and Rivesaltes. Among them, the newspaper cartoonist Josep Bartoli whose path the film follows, through the story of a French policeman much kinder than the norm.

“These savages can die at home”. Beaten and humiliated by their sadistic French guards, Spanish refugees try to survive behind the barbed wire: “we’re letting those who fought against fascism die of hunger and illness. There is no drinking water or doctors, but scabies, scurvy, typhus and famine.” Josep, meanwhile, draws everything he sees, everywhere he can, on the ground, on the walls, and thus attracts the attention of Serge, a young and kind policeman who will soon help him in secret. It is in fact Serge, in the present day, in bed and nearing death, who is telling this story to his teenage grandson Valentin, whose curiosity has been sparked by a drawing on the wall.

Friendship and solidarity between imprisoned men and women, forced labour, bullying and rape, internal conflicts between communists, trotskyists and anarchists, the dangerous tentation to return to the home country, Josep’s hope to find his partner Maria Valdès who vanished during the exodus, Serge’s own investigation into her disappearance, the presence of Senegalese riflemen (“–I hear you’re hanging out with the negroes. –As colonised people, they are French just like you and me.”), escape and reunion after the war in Mexico where we briefly glimpse Frida Kahlo, the publication of the collection of drawings Campos de concentración, a post-mortem exhibition in New York of Josep Bartoli’s work: the film retraces the destiny of the politically engaged artist and unveils the shameful role played by the French police during World War II (“I was doing things that a French policeman was asked to do, and those things weren’t always pretty. I sometimes lended a hand to the Gestapo. I let all these people board those trains…”).

A fascinating history lesson masterfully directed by Aurel, making maximum use of Bartoli’s exceptional drawings fluidly inserted into a very sophisticated ensemble, in part thanks to an inventive use of transitions and a subtle play between black-and-white and colour. Emphasising the saving power of art and of the spirit of resistance within a hostile environment, Josep echoes the words of its protagonist perfectly: “beautiful ideas, if they do not meet a beautiful person, they become death.” However, Josep is very much alive.

"I wanted to pay homage to the profession and to the means of expression that links Josep and me: drawing”

CANNES 2020: We met with French cartoonist and director Aurel to discuss his first feature-length animated film, Josep, recipient of an Official Selection label

Especially eye-catching within the line-up is Avi Mograbi’s The First 54 Years, screening in the Forum section, and new titles from Ely Dagher and Brieuc Carnaille

Adolescentes scoops an award at MyFrenchFilmFestival

Organised by UniFrance, the online festival’s Filmmakers’ Jury crowned Sébastien Lifshitz’s documentary its champion, while the audience and international press voted in favour of Aurel’s Josep 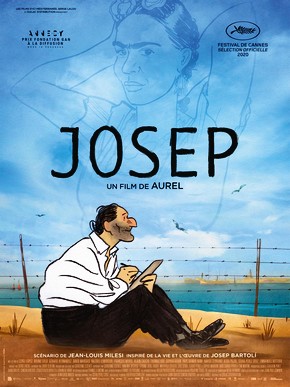 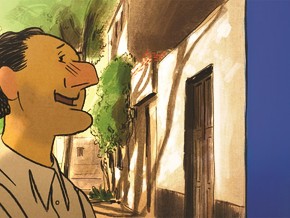 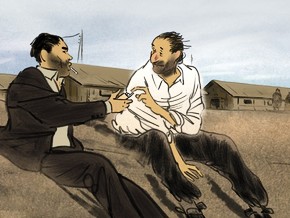 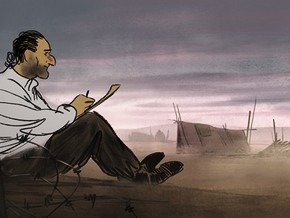 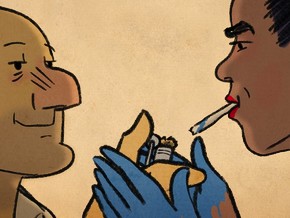 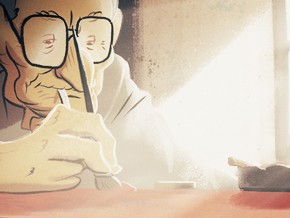 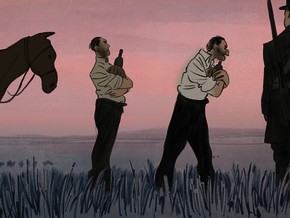 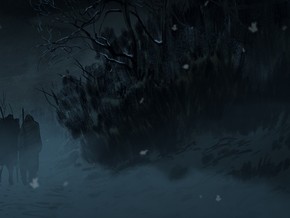