02/07/2020 - Vincenzo Marra exposes the underbelly of the football world and the buying and selling of young talent in this bittersweet comedy, one of the first Italian films to hit re-opened cinemas

Ramiro Tomas Garcia and Massimo Ghini in The Good One

“Would you look at this kid, he’s amazing!” “What if his body changes and I’m left with a deadweight?”. Exchanges like this are all in a day’s work for Bartolomeo, the unfortunate sports agent at the centre of Vincenzo Marra’s latest film The Good One [+see also:
trailer
film profile]. His is a bittersweet comedy delving into the underside of professional football and homing in on the buying and selling of hot, new talent hailing from far off lands: an army of young boys torn away from their poverty-stricken families and hoping to become rich champions, a dream which only one in a thousand will actually fulfil.

Drowning in gambling debts and faced with a young daughter whom he’s unable to support, not to mention a furious ex-wife, Bartolomeo (Massimo Ghini) is frantically searching for a new football star to help him turn things around. He goes off looking for one from among Italy’s young, African immigrants - barely in their teens - whose impoverished parents have sold them for very little money. But it’s Uruguay which presents the agent with a potential lucky charm. His old friend and former colleague Bruno (Max Tortora), who fled to the South American territory to escape his own debtors, calls him with a huge offer: a boy called Pablito (Ramiro Tomas Garcia) who’s 12-years old and a mini Maradona. And so, using his last remaining funds, Bartolomeo flies to Montevideo.

The meeting which takes place between these two losers after so many years apart is reminiscent of the atmospheres in Mario Monicelli’s offerings (it was Monicelli himself who encouraged Marra to make this film) and in the very best Italian-style comedies. “Come in, and don’t say a word”, warns Bruno when he brings Bartolomeo to his home (a hovel) for the very first time, revealing the reality of his new life. Neither of the men has two coins to rub together – and the little money they do have they blow on the horses – but, driven by desperation, they somehow manage to get Pablito to Italy. The latter, however, is very small and would require (like Messi, in his time) expensive medical treatment. At 12-years-old, he’s amazing, but as he grows up, he might not be, potentially becoming a burden.

Several layers intertwine in this interesting snapshot of the football world, conveyed in a dry, coherent style: the frustrations and failures of life, fatherhood, the exploitation of youngsters who are little more than children, displacement and subsequent homesickness, and a great and terrible dilemma which Bartolomeo is forced to address. Out of the thousands of children who emigrate to become footballers, only a handful attain professional levels, and most of their stories end with guardians abandoning them and a life of illegal residency. In certain situations, decisions dictating the future physical health of these children have to be made, gambling with their actual lives. It’s a world infested with sharks who have chosen this road out of necessity or out of a total lack of scruples (we see the manager played by Francesco Montanari), and it casts a worrying light on the manufacturing of Golden Boys.

The Good One is produced by Marco Belardi for Lotus Production and by TIMVision in association with AltreStorie, who are also distributing the work. Originally due for release in March following its debut at Alice nella Città - the parallel section of the 14th Rome Film Fest - but stymied by the pandemic, the film is finally arriving in cinemas today, 12 July.

more about: The Good One

Vincenzo Marra exposes the underbelly of the football world and the buying and selling of young talent in this bittersweet comedy, one of the first Italian films to hit re-opened cinemas 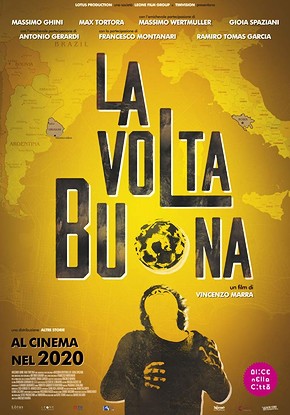 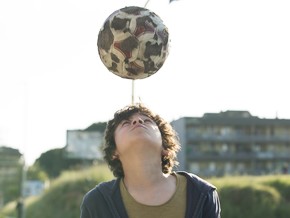 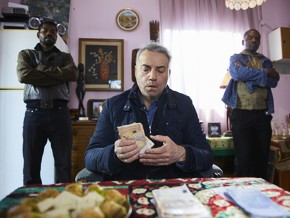