08/07/2020 - The documentary, directed by trio Maeve O’Boyle, Lucy Kennedy and Aideen Kane, focuses on the recent “Repeal the 8th” campaign in Ireland and opened this year’s Galway Film Fleadh

The movie is introduced by an on-screen chunk of text stating: “In 1983, the people of Ireland voted to add the Eighth Amendment to the constitution, giving the unborn an equal right to life to that of its mother. Ever since, abortion rights activists have been fighting to overturn it.” In detail, the documentary focuses on the recent “Repeal the 8th” campaign, which led to a successful referendum to legalise abortion on 25 May 2018, making the Emerald Isle one of Europe’s last remaining countries to take this important step.

The trio does a fairly good job of opening up the controversial theme by showing a quick exchange between the two contrasting faces of Irish society. A young girl protesting in Dublin claims that “her body is hers”, and a religious old lady tells her that it’s not hers, but it “has been created by God”. It’s a discussion that perhaps seems to belong to another (long-gone) decade, but that here takes place in the present and in one of the wealthiest, most advanced nations on the planet.

Academic, feminist and human rights activist Ailbhe Smyth’s passion and charisma guide the viewers for most of the movie. Through her words and thoughts, we get to know the developments in the campaign and the tragedies caused by the absence of any clear – or safe – legislation. In this respect, the documentary highlights the well-known X case in 1992 and the death of Savita Halappanavar, who was denied her request for an abortion following an incomplete miscarriage in 2012. Smyth’s genuine fight for women’s rights is plain to see on screen and acts as a powerful link, capable of connecting the most diverse voices in feminism during a battle for freedom that goes beyond political affiliations and social constructs.

Besides the presence of Smyth, the documentary hosts a myriad of voices supporting the Repeal the 8th campaign, but only lightly touches upon the motivations and struggles of the pro-life supporters (for example, we see contributions from Archbishop and Primate of Ireland Eamon Martin and Maria Steen, of the IONA Institute for Religion and Society, a socially conservative Catholic advocacy group). Here, a more profound exploration of the “other side of the barricade” may have enhanced the film’s potential. Finally, The 8th culminates in a sort of moment of national catharsis, which takes place after the referendum results are made public.

In terms of its aesthetics, the movie is impeccably shot and edited, but adopts a rather traditional approach, often conveying a “newsreel” feel; the story of the campaign is documented through a number of talking heads, shots from the protests, radio excerpts, televised debates, parliamentary discussions and archive footage. Moreover, the soundtrack ties in nicely, and accompanies the developments in the campaign without overemphasising the narration. All in all, the film’s main strengths are its timely topic (and future historical value) and the great variety of testimonies from the Repeal the 8th campaign.

The 8th is a Black Tabby Films (USA) production in association with Fork Films (USA) and Ireland’s Cowtown Pictures. It also received backing from Screen Ireland, the country’s audiovisual agency. Break Out Pictures has recently announced that it will release the documentary in Irish cinemas this autumn.

more about: The 8th

The organisation has announced the full programme of its St Brigid’s Day events, along with two new podcasts and two exclusive talks

The documentary, directed by trio Maeve O’Boyle, Lucy Kennedy and Aideen Kane, focuses on the recent “Repeal the 8th” campaign in Ireland and opened this year’s Galway Film Fleadh

Screen Ireland announces the recipients of its latest slate of funding

The Irish film body has confirmed it is granting development, production and distribution support to over 60 audiovisual projects 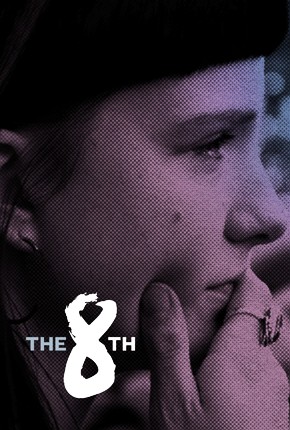