Benjamin Voisin and Félix Lefebvre in Summer of 85

The exaggerated nature of desires and feelings, the sky-high intensity of the moment such that every single second assumes timeless dimensions, the clash of contradictory emotions, the shared secrets and pacts, the search for the other as a mirror of love, flirtation with risk and the electrified zone where Eros and Thanatos intermix, all set against the most banal daily life imaginable, composed of parents, high school, holidays and hesitant plans for the future. Adolescence is the age of plunging into the unknown, of nebulous transitions, of instinctive joy and deep, deep suffering; a time for romanticism par excellence.

It’s this state of ebullition with all its evanescent flavours that François Ozon endeavours to capture in Summer of 85 [+see also:
trailer
film profile], awarded the Cannes 73 Official Selection Label and set to be released in French cinemas on 14 July courtesy of Diaphana, before enjoying its world premiere in competition at the 68th San Sebastian Film Festival. This rejuvenating dive into the waters of the "teen movie" was no easy task for the director, not least for the perils of sliding into nostalgia or of falsifying dilated perceptions of the present, but it’s a form of which Ozon makes masterful use of, signing his name to a universal work; a tale relying on simple sensory impulses and told in quietly sophisticated fashion.

"The story of a corpse which I’d known when it was alive, and how it ended up as a corpse". We’re in Tréport, a little seaside town in Normandy edged with pebble beaches and cliffs. Surrounded by police and faced soon after with a youth worker begging him to explain what’s happened, sixteen-year-old Alexis (Félix Lefebvre) travels back in time through his writing to explain the chain of events. Enter future corpse 18-year-old David (Benjamin Voisin), who rises above the waves of a wild ocean and saves Alexis from drowning following a shipwreck. Just as the former is charismatic, kind, independent, lively, a player and a bit of a party animal who likes bombing along on his scooter at breakneck speed, given free reign by his mother (Valeria Bruni-Tedeschi), so the latter is wracked with doubt, introverted, uptight and relatively ill at ease with his family of working class extraction (Isabelle Nanty and Laurent Fernandez). A passionate love affair ensues, a blazing first love for Alexis, full of “life or death” pledges and hearts which seem to beat as one. But David has a taste for the Russian mountains, and “the beginning of the end” is fast approaching…

By transposing Dance On My Grave by Aidan Chambers into mid-1980s France, injecting a few of his own personal memories into the mix, François Ozon has developed a hugely appealing blend, interweaving realism and romanticism, creating suspense by way of red herrings and conveying atmospheres through highly textured Super 16 film grain. It’s a remarkable assembly, set under the summer sun and amidst nights by the sea, which paints a wonderful portrait of the paradoxes of light-heartedness and seriousness, and of the tumultuous lines crossed by teenage love when (dangerously) intoxicated by the pure, rarefied oxygen that comes with love at first sight and the new territories it brings.

more about: Summer of 85 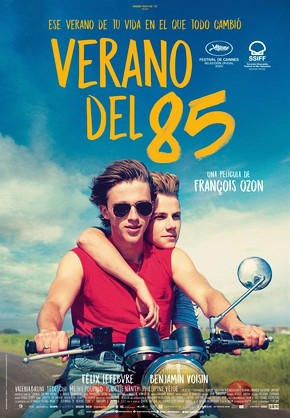 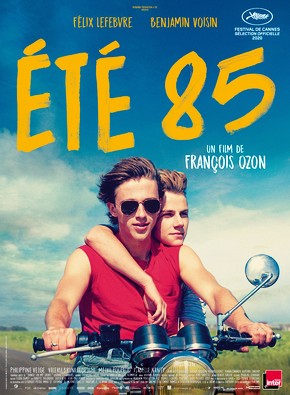 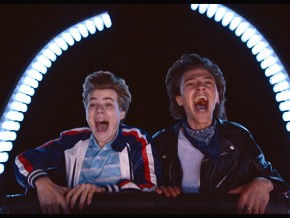 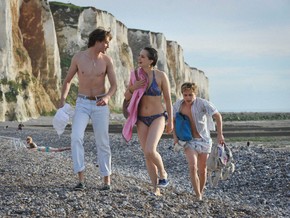