In the opening scene, set in Dublin, we hear a radio host saying that Ireland is the most expensive place to live in the world and that its citizens spend on average two-thirds of all of their income on rent, while shelling out for the “highest-priced pints”. This country is home to Al Clancy (played by Trevor O’Connell), a dysfunctional thirty-something man whose home and miserable job – he works as a poster boy – are placed in jeopardy. During a phone call, Al mistakenly agrees to his sister Aoife’s (Aoife Spratt) request to mind his ten-year-old nephew Karl (Ryan Minogue-Lee) for a week, since she needs to travel to Barcelona’s Primavera Sound Festival after winning a free trip offered by the radio station introduced in the first scene.

Poster Boys is essentially a road movie that follows the development of Karl and his uncle’s relationship. The two will embark on a crazy adventure in an attempt to save Al’s job, after stealing Aoife’s rusty Fiat campervan. After a strained beginning, they gradually become friends and start putting up posters all over the island. Despite his young age, Karl proves to be a clever little “man” and often makes up for Al’s lack of intelligence.

The dialogue and the evolution of their bond are full of candour and give the viewer some warm feel-good vibes. The jokes are entertaining, and all of the supporting roles are well cast (the ice-cream man and the tyre dealer, to name a couple). In general, the narrative is linear and quite easy to follow. Nevertheless, the two characters gain more depth towards the end of the story, and such development makes the movie stand out as an engaging dramedy, rather than a simple, light-hearted comedy.

The original score (courtesy of musician Vyvienne Long) is pleasant and does a fair job of highlighting the film’s hopeful mood. Besides, the beautiful Irish landscape provides the perfect scenery for a road movie, and the camera work by DoP Trevor Murphy really makes the most of it.

In summary, the Kilkenny-born writer-director’s first feature is an uplifting, entertaining (and family-friendly) piece, whose strongest assets are its wit and the presence of its two charismatic lead actors. In particular, newcomer Ryan Minogue-Lee displays great talent, and his first acting gig will hopefully be the first of many. 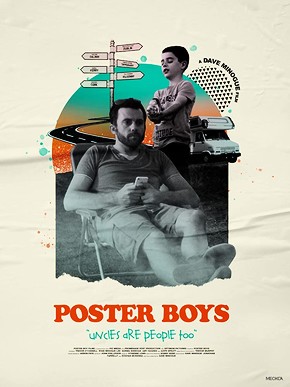 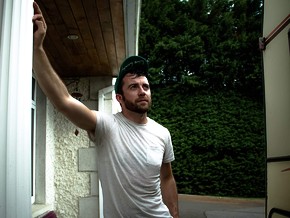 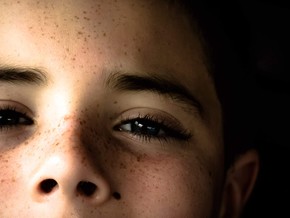