15/07/2020 - With his feature debut, Frédéric Farrucci proves himself to be a very promising talent thanks to an original and atmospheric film noir centred on a clandestine Chinese taxi driver in Paris

"I have no papers, no money, but I have debts". For several years now, researchers and the media have been talking about the “uberisation” of society, as the practices of the eponymous American company have given birth to a very controversial concept of work organisation and outsourcing, which benefits from the precariousness of individuals under the guise of offering more flexible working opportunities. But there exist even more hidden, underground levels to this kind of exploitation, a parallel economy comparable to a type of modern slavery relying on illegal immigrants. This is the system that Jin is trying to get out of. A young Chinese DJ forced into exile by the police of his native country, he works as a nighttime driver in Paris with a black German car, an illegal vehicle for hire belonging to a mafia that is expecting him to pay back the price of his trip and of his arrival in France. Jin is an anti-hero driving in the less touristy neighbourhoods of a city which is the captivating central character of Night Ride [+see also:
trailer
interview: Frédéric Farrucci
film profile], the very promising feature debut from Frédéric Farrucci, launched in French cinemas by Jour2Fête on 15 July following its successful run at the International Festival of Young Filmmakers of Saint-Jean-de-Luz (winner of the Best Director and Best Score awards) and at the Champs-Élysées Film Festival (winner of the Audience award).

For five years now, the existence of Jin (the revelation Guang Huo, an extremely charismatic non-professional actor) has followed an implacable routine: return every night to the garage of Monsieur Xié (Tien Shue), pick up the shining vehicle and a mobile phone equipped with a specific app (with geolocalisation allowing the boss to know where Jin is at any moment), work all night on the Parisian asphalt before returning his work tools at dawn and going back to a bedroom community in the banlieue, where he lives in a room with three other illegal Chinese immigrants and where he hides, in the foot of a bunk bed, what remains of his hard earned money. Just a few more months and Jin will finally have repaid the totality of the debt he owes from his trip to Europe: then he will be free from a mafia whose ramifications extend from his hometown, very close to his mother, who he communicates with via Skype (“-They’re very happy with you” “-Stop talking about them as if they were my friends!”). But two events will disrupt his plans: a car accident that increases Jin’s debts to vertiginous heights, and the unexpected ties he develops with Naomi (Camélia Jordana), a night owl (“I work at night, I need a driver I can trust”) who, like him, wants to escape the bitterness of her existence…

Using classic ingredients of film noir (the criminal gang, the femme fatale, the twists of fate, the dead end, the risky choices taken to find a way out, etc), Frédéric Farrucci unveils, through the eyes of his protagonist driving through Paris, a universe in the margins (and one of poverty) rarely shown in cinema: a cruel society of man’s exploitation by man. This fascinating immersion shows a very well developed sense for nocturnal atmospheres, shaped by the cinematography of Antoine Parouty and given space to breathe thanks to the score composed by Rone. With Night Ride, a director to be followed very closely is born.

"The crime storyline is often just an excuse"

With his feature debut, Frédéric Farrucci proves himself to be a very promising talent thanks to an original and atmospheric film noir centred on a clandestine Chinese taxi driver in Paris

Unspooling online from 9–16 June, the 9th edition of the Parisian event will see ten films battling it out in competition and will feature Stephen Frears and Edgar Wright as its guests of honour

Sympathy for the Devil triumphs at Saint-Jean-de-Luz

Guillaume de Fontenay’s film has won the Grand Prix, the Best Actor Award for Niels Schneider, as well as the Audience and Youth Jury Awards

The Bulgarian filmmaker has kicked off the shoot for his fourth feature, produced by Waterfront Film and co-produced by Koro Films 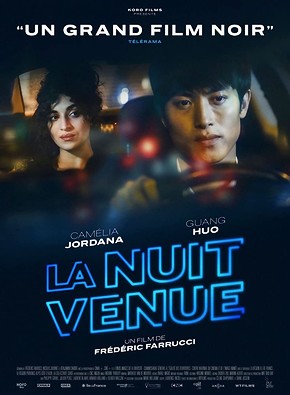 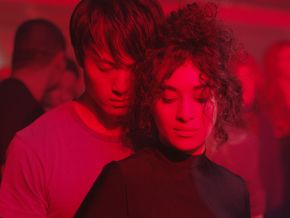 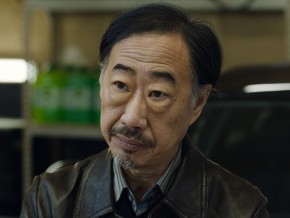