After walking away with the Best First Film Magritte for Don’t Tell Her [+see also:
film review
trailer
film profile], Solange Cicurel is back once again with Isn’t She Lovely? [+see also:
trailer
interview: Solange Cicurel
film profile], a family comedy on the theme of adolescence which should speak to parents and youngsters alike, and which UGC Distribution are catapulting onto the big screen at the very height of summer, convinced of its potential to be a hit, as was the case in recent years for Ma Reum [+see also:
trailer
film profile] and C’est quoi cette mamie.

Emma (Elsa Zylberstein) is a psychologist who has authored a book on her relationship with her teenage daughter. However, as Lila (Ioni Matos) celebrates her 14th birthday her dreaded teenage crisis begins, and she goes from being the perfect child to a wholly unbearable adolescent. Emma’s ex and Lila’s father Victor (Lucien Jean-Baptiste) tries to ease the tension, but war has been declared between the mother and her daughter!

With the first flutters of love come the first lies told… Lila might be the “perfect” little girl with all the inverted commas you can imagine; she might love her mother and her father, move graciously past their divorce and be the pride and the joy of the family, but when her mother tries to stop her from going out and, therefore, from crossing paths with the handsome young man who’s been giving her the eye at school, things suddenly start to go wrong. And it will take more than Emma’s principles of benevolence and positive education to get them through the worst. Overwhelmed, Emma decides to take things up a notch, turning to punishment and retaliation.

Thus, the War of the Roses breaks out in their home, and ex-husband Lucien can hardly be called helpful in any mediatory role, at least not to begin with. In fact, he’s the type of person more likely to fan the flames. As if that weren’t enough, as Lila embarks on her journey of self-discovery, butterflies all aflutter, Emma, herself, is on a journey of rediscovery, and might just be on the verge of falling in love, too. Indeed, at a time when it’s her daughter who should be struggling with a crisis, Emma is left to wonder what’s happening in her own life. She no longer recognises herself and is even declared to be allergic to her daughter. Much to Emma’s dismay, it’s the shadow of another mother than she recognises in the mirror: that of her own mum. It transpires that Emma’s adolescence was full of conflict, and she swore she’d never repeat her mother’s behaviour.

But can we ever really escape the lessons passed down to us by our parents? By way of its trans-generational story, Isn’t She Lovely? lays bare various aspects of motherhood. As Emma questions her own parenting approach, she thinks back to the one adopted by her own mother which she hated so much, but which she finds herself applying almost in spite of herself.

Over the course of the story, the film takes a healthy - aka exonerating - approach towards so-called “bad mothers” - those women who want to be a mum, but also something far more than that; those “contemptible” mothers who might sometimes like to fulfil themselves in areas outside of motherhood and remember that they, too, were once teenagers. Emma’s sister Isabelle (Tania Garbarski), who has her first child at 40-plus years of age, really goes to town, reeling off remarks which are music to the ears of any visibly exhausted mother (or parent): “The best time of day is when the baby’s sleeping”, “If I drop him off at nursery, I won’t want to bring him home again”. May the parent who has never had those very same thoughts in a moment of weakness (or overload) be the one to throw the first stone…

Isn’t She Lovely? tenderly conveys a universal paradox: “When she’s not here, I miss her, and when she is here, she drives me mad”, as Emma observes. But the film also broaches, in passing, the question of the burden placed on mothers, the image society sends them and our expectations of them: “I wanted to be a brilliant mum, but I’m rubbish”, Emma complains. But, at the end of the day, has she ever asked her daughter her thought on the matter?

Clearly, UGC Distribution have great faith in this super-topical subject and are positioning the film as the family comedy of the summer. As such, Isn’t She Lovely?’s release date is set for 22 July in France and 29 July in Belgium, with distribution in the hands of Beluga Tree who are also producing the film alongside Other Angle Pictures.

more about: Isn't She Lovely?

We talked to Belgian filmmaker Solange Cicurel, whose family comedy Isn’t She Lovely?, her second feature, is coming out this July

The Belgian director is about to start filming her second comedy starring Elsa Zylberstein and Lucien Jean-Baptiste, produced by Diana Elbaum

As part of its seventh support session, the fund has allocated €1,000,000 to 11 feature film, documentary and television series projects 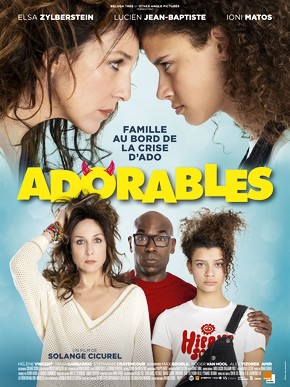 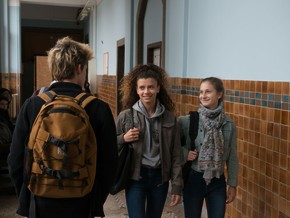 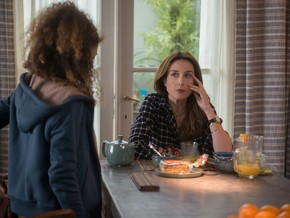