24/07/2020 - Régis Sauder delivers a captivating journey into the past and the present of the new town of Cergy-Pontoise, traversed by its anonymous inhabitants and the fascinating writings of Annie Ernaux

“It seemed to me that their existence, through the detailed observation of their being, suddenly became to me very close, as if I was touching them,” “anonymous individuals who did not suspect that they possessed a part of my history.” Mixing very rigorous descriptions of reality and a powerful intellectual acuity, the writing style of Annie Ernaux exerts a very strong attraction on fiction filmmakers (her novel L’Occupation was brought to the big screen under the title The Other One [+see also:
film review
trailer
film profile] by the duo Trividic – Bernard, and it will soon be the turn of Simple Passion [+see also:
film review
trailer
interview: Danielle Arbid
film profile] by Danielle Arbid and L’événement by Audrey Diwan). But the writer has also lived for more than 20 years in Cergy-Pontoise, some 40km north-west of Paris, “a place that appeared out of nowhere” in the 1970s, “deprived of any memory, its constructions spread about an immense territory, its limits uncertain,” a “new town” which has permeated her work to the point of inspiring the experiment J’ai aimé vivre là [+see also:
trailer
film profile], the new documentary from Régis Sauder (well received with, among other titles, Retour à Forbach [+see also:
film review
trailer
film profile] and Nous, princesses de Clèves), unveiled in a world premiere in the French competition of the 31st FID Marseille.

An urban utopia with its town built on two levels, its choice to favour pedestrians, its buildings of many geometrical shapes and colours, its omnipresent greenery in between the buildings, its large plazas, its many shortcuts, its RER train station, its gigantic shopping mall, its Blue Tower, its port, its leisure centre, its prefecture in the shape of an upside down pyramid, the shore on the Oise river, its enormous plaza opening on the horizon with the shadows of La Défense and the Eiffel tower in the background: Cergy is a surprising space of strangeness, a paradoxical no-man’s-land constantly traversed by a very cosmopolitan population.

Travelling his camera through this territory, alternating interviews with inhabitants (teenagers Lola, Anouck and Ammis, pioneer Claudette who arrived when the place was still the countryside, Normandy-born Ghislaine, etc.) and readings of Annie Ernaux’s texts (by the writer herself or by the characters), taken from Journal du dehors (1993), La vie extérieure (2000) and Les années (2008), Régis Sauder weaves together with great delicacy the history of a young housing project, of a politically engaged community, of a collective soul fragmented into multiple people yet unified by an intense common memory and a very clear common identity.

Carefully bringing together brief moments, embraces captured in passing, anecdotes, a great sense of rhythm, young people’s dreams for the future and older memories, a faith in the virtues of the melting pot created by immigration, J’ai aimé vivre làis a rich and vivifying journey in the landscapes both natural (a special mention goes to an impressive drone sequence showing the incredible breadth and diversity of the city) and man-made, subtly shaped by the depth of Annie Ernaux’s thinking, for whom "the sensation of time passing isn’t within us, it comes from the outside, from the children who grow up, the neighbours who leave, the people who age and die.”

J’ai aimé vivre là was produced, will be distributed in France and is sold internationally by Shellac.

The Life of Infamous Men has entered post-production

Gilles Deroo and Marianne Pistone are kicking off editing on their second feature film, produced and sold by Shellac, following Sheep which was revealed in Locarno in 2013

Shellac bets on The Tale of King Crab

The second feature from Alessio Rigo de Righi and Matteo Zoppis is co-produced and sold by the French company, which is expanding on all fronts

Régis Sauder delivers a captivating journey into the past and the present of the new town of Cergy-Pontoise, traversed by its anonymous inhabitants and the fascinating writings of Annie Ernaux 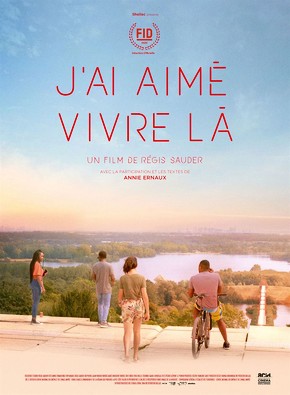 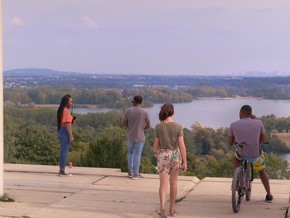 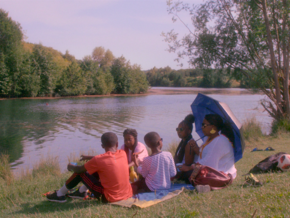 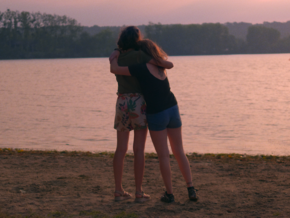 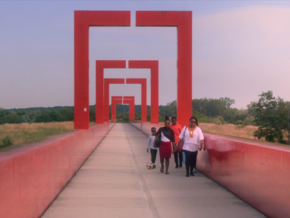