Walk into the home of any Estonian child and there is a good chance you’ll find a copy of Sipsik, a beloved children’s book centred on a character of the same name whose adventures were originally published by Estonian author Eno Raud in 1962. It is perhaps surprising that it has taken so long for the character to make it to the big screen, but that is sometimes the fate of properties which leave an indelible mark across generations: they are so beloved that it seems difficult to do them justice in any other medium. However, Sipsik – renamed Raggie [+see also:
trailer
film profile] for international audiences – has finally made it to the big screen in an Estonian-Danish co-production directed by Meelis Arulepp and Karsten Kiilerich.

Six-year-old Ruby adores her older brother Mark who she considers her best friend. But after an idyllic summer, Mark has to go back to school and his sister is lonely. To make her feel better, Mark makes Ruby a new doll called Raggie, so that she can have someone to spend time with. When Raggie magically comes to life (at least, as it seems to Ruby), the little girl’s life becomes filled with magical adventures involving trips to the moon, an exciting (and dangerous) sojourn on the family rooftop and a dark trip to the sewers. As fun as it all is, will Ruby be able to realise the importance of change and to have fun with her brother once again?

Raggie has everything you’d expect from a modern-day children’s animation. With a swathe of bright, primary colours, we’re given a world of mild thrills (not too much, so we don’t scare the little ones), bouncy songs and important lessons to be learned about life, family and love. It’s all well executed and put together with a keen eye for detail.

The computer animation is certainly well done, presenting us with a location that could be any city in Europe and has the quality of a childlike idyll: all trees, hazy sunshine and clear moonlight nights, redolent of childhood memories of summer and never ending days of adventure. But there is little flair here, nothing to make the film stand out from the crowd. Raggie feels very similar to many other animations of its ilk, designed to keep an audience of children happy throughout its scant 74 minutes. On that level, the film does work admirably, though adults wanting something a little more sophisticated to keep them entertained will probably find themselves a little disappointed.

The film is currently on the Level K slate and was recently presented at the Cannes Marché du Film after a hugely successful domestic release in February, where it became the second-biggest Estonian box-office success of all time and continued to be very popular before COVID-19 stopped it in its tracks. Yet this success speaks as much to how ingrained the character is within Estonian culture, as it does to the quality of the film itself.

Outside of its native country, Raggie will find it harder to make an impact. The film will certainly prove popular with little ones who seek it out, the fact that it has an English dub will prove enticing to some festivals (especially those aimed at children), and Raggie will most likely find a comfortable home on VoD.

The film was produced by Estonia’s A Film Eesti and co-produced by A. Film Production (Denmark). It was financed by the Estonian Film Institute, Eesti Kultuurkapital, the Danish Film Institute and Creative Europe - MEDIA.

The animated flick, a Dutch-Danish-German-French co-production, will be ready for release in 2023

LevelK gears up to present its latest slate at Cannes

The Danish firm will be selling a highly varied selection, ranging from genre films to biopic dramas and documentaries from various countries

Industry@Tallinn & Baltic Event have revealed their respective works in progress, while Just Film is set to present upcoming children’s and youth film projects for the first time 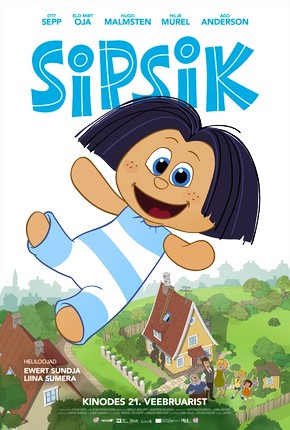