15/08/2020 - Kosovan filmmaker More Raça's first feature film is a classically told, warm film about a father-daughter relationship, with a creative visual style marking her as a talent to watch

Young Kosovan filmmaker More Raça's first feature film, Andromeda Galaxy [+see also:
trailer
interview: More Raça
film profile], which has just had its world premiere in the competition strand of the Sarajevo Film Festival, is a traditionally structured piece that nevertheless marks her as a talent to watch. With a lovable protagonist, a bittersweet, heartfully told father-daughter story and some very creative visual solutions, it is a welcome addition to the industry of Europe's youngest country.

Shpëtim (Sunaj Raça, More's father and also the producer of the film) is a 52 year-old mechanic in Kosovo who has been unemployed for a long time. His wife has died and his daughter lives in an orphanage, as he tells a prostitute (Juli Emiri) he visits in a brothel at the beginning of the film. We soon realise that our hero really is down on his luck: the next day, he gets turned away from a job application because of his age and his landlord kicks him out because of unpaid rent. So he rents a trailer to live in and parks it by the new, big mosque in the suburbs of Prishtina.

We later meet his daughter Zana (Elda Jashari), a quiet girl around 12 or 13 years old. The orphanage she lives in is much nicer than one would expect, and definitely beats Shpëtim's trailer. But father and daughter have a strong connection, and Shpëtim obviously believes he should be closer to his kid. The prostitute told him a story about how she and her father used to look for the Andromeda galaxy on starry nights, and  in a touching scene that really makes the viewer feel for the hero, Shpëtim now suggests to Zana that they do the same. He also describes how they are going to go to the seaside with their trailer, painting a rosy future for the two.

Because financial difficulties stand in the way of that dream, Shpëtim happily accepts the prostitute's offer to act as her driver and bodyguard when she decides to leave the brothel. Meanwhile, he also makes a little money by stealing gasoline from parked cars and selling it, and is visited by a man who wants to buy off his kidney... All this should help our hero find a better life in Western Europe for him and his daughter.

Raça, who also wrote the script, employs the most classical storytelling structure, but comes up with some inspired visuals and creative solutions. For example, in the opening scene, which feels very fresh and immediately hooks the viewer, two men are driving in a car (a lot of the film takes place in cars) at night and smiling, as Shpëtim is taken to a brothel by his friend who is eager to treat him. Shpëtim's visit to the prostitute is reminiscent of an odalisque painting in composition, style and colour scheme, and Emiri's beauty brightens up the screen. The sequence in which a band from an American military base plays a concert to kids from the orphanage and hangs out with them feels impressively natural and uplifting, providing a vibrant addition to the first act of the film.

While the film is very realistic despite its bittersweet tone, there remain a couple of implausibilities, such as the ease with which the prostitute leaves the brothel. Moreover, little is made of Zana's character, who feels more like a canvas for the director to paint the main protagonist's feelings and hopes on. But Sunaj Raça is very charismatic and successfully plays the charming loser with a mix of sadness, warmth and headstrongness.

We have talked to Kosovan director More Raça, who has world-premiered her first feature film Andromeda Galaxy at the Sarajevo Film Festival

Kosovan filmmaker More Raça's first feature film is a classically told, warm film about a father-daughter relationship, with a creative visual style marking her as a talent to watch

Four workshops with a regional and national focus are slated to be hosted over the coming months at Karlovy Vary and New Horizons, and in Pristina and Serbia

Non Distinguishing Features and Andromeda Galaxy triumphed in Films in Progress and Glocal in Progress, while Daughter of Rage and Almamula swept the Europe-Latin America Co-Production Forum

The workshop is also continuing its European expansion with new partnerships in Finland, Turkey, Croatia, Slovenia, Serbia and Italy, and is returning to Poland as well 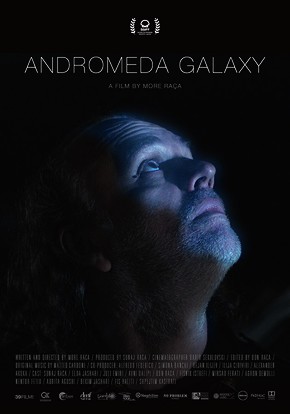