After winning a Special Mention in 2009 with his documentary debut Constantin and Elena and competing again in 2017 with Planeta Petrila [+see also:
film review
trailer
film profile], Romanian director Andrei Dăscălescu tries again to win a Heart at the Sarajevo Film Festival with his newest doc, Holy Father. Leaving behind his observational approach, the director becomes a protagonist himself in a story about shattered families, faith, and hope for a better future.

In spirit and approach, Holy Father is rather similar to another new Romanian documentary, Tudor Platon’s House of Dolls [+see also:
film review
trailer
film profile] (also competing at Sarajevo), but is more ambitious, more conflictual and succeeds in touching more topics, in an almost philosophical discussion about impermanence and how we can only bow in front of time and the inexorable changes it forces upon us.

Everything begins when Andrei finds out (on camera) that his girlfriend Paula will become a mother. As the future parents announce the good news to their family (with rather unenthusiastic reactions, except for a very touching cameo of the director’s grandparents, the protagonists of Constantin and Elena), Andrei ponders about his relationship with his father, who left his two kids when Andrei was only a child and is now a monk on the Mount Athos, in Greece. The director visits him and we become witnesses to a double endeavor: an exploration of the simple life of a man of God and a quest into the family’s past.

If Paula, an aspiring actress, is quite at ease in front of the camera, the father, Calinic, is obviously a reluctant protagonist. We see him several times urging his son to turn off the camera, but soon opens up a little more. The interactions between the two men are the heart of the story, underlining Andrei’s fear that he is going to be a bad father, as lacking and absent as his own was. But do we really become our parents later in life? Or, as father Calinic puts it, do we really carry the sins of our fathers?

As viewers, we don’t know how constructed this documentary is or how many repetitions or rehearsals are behind these interactions but they feel honest, and the conflict between the son needing an explanation or even an apology, and the father highly reluctant to offer either, is captivating. Here is a discussion on family history and the way memory, resentment and even gossip can fabricate a story that suits our predispositions, a story that becomes our twisted truth, nurturing resentment as years go by. There is something very touching in how the elderly monk gives parenthood advice to his son. Though it comes from a father who has never been a father, it might be exactly the kind of advice he would have wanted to receive and follow in his youth…

Holy Father fluidly moves from the mistakes of the past to the regrets of today, but it lingers with the young parents’ hope for a perfect future for their daughter. They are right to hope, because their slate is still clean. And maybe they will never become their parents…

The documentary was produced by Filmlab in co-production with HBO Europe. International sales are handled by Cats & Docs.

Films from Sweden, Austria and Romania have scooped trophies at the outdoor edition of the Astra Film Festival

Projects from Hungary, Romania, Serbia and Bulgaria will take part in two training sessions ahead of the final event at the Sarajevo Film Festival 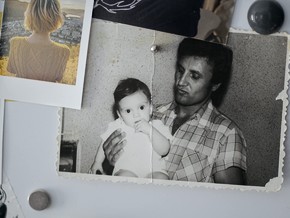 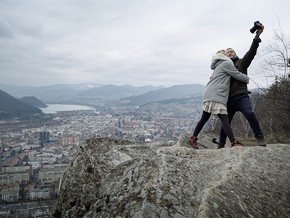 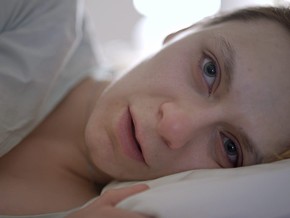 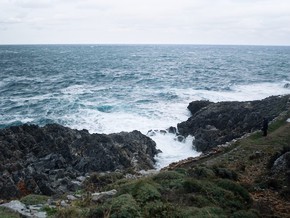 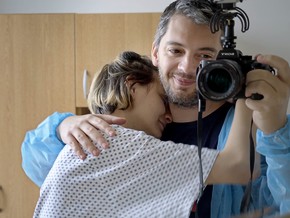