31/08/2020 - Lucas Belvaux delivers a moving polyphonic story, giving back their voice to an entire generation of French men, those who were 20 years old in Algeria

With his 11th feature film, Home Front [+see also:
trailer
interview: Lucas Belvaux
film profile], haloed by the Cannes 2020 label and presented in preview at the Angouleme Francophone Film Festival, Lucas Belvaux presents the moving portrait of an entire generation of men. Adapted from the eponymous novel by Laurent Mauvignier, it begins with a fire burning in a fireplace – an incandescent flame that echoes the one that is slowly consuming the heart of Bernard, a.k.a. Feu-de-bois (Gérard Depardieu). Bernard puts on his threadbare jacket, closes the door of his old, insalubrious farm, and jumps on his moped to go to his sister’s birthday, Solange (Catherine Frot). His menacing presence cuts through the crowd of villagers gathered for the occasion, under their inquisitive looks, until tragedy strikes when Bernard lets out words that no one would ever want to hear: “crouille, bougnoule.” “As if it had to happen, necessarily. As if it was written,” asserts Rabut (Jean-Pierre Darroussin).

Back to Algeria. Four decades earlier, Feu-de-bois, Rabut, Février and their battalion comrades are 20. The country has sent them to Algeria. There they discover an elsewhere, another life, new sensations… But they also discover the unspeakable, what cannot be said, what words are not enough to express – and even the inconceivable, the horror, hell. Once back home, they couldn’t speak it and no one would hear them.

Home Front, through the acts and words of Feu-de-bois, paints a chronicle of ordinary racism and its deep roots in French history. “I thought that by working with you, living with you, we had become the same. I was wrong,” admits Saïd.

It’s also the story of France, torn apart by wars. Three generations of men – the grandfather in Verdun, the father captured in 1940, the son fighting the fellaghas. This History that demands the questioning of the men sent to the front. In the end, weren’t fellaghas resistants? “I had a bad conscience and I couldn’t understand why.”

It’s also the story of a family, “a crazy family,” as says Solange, who is marked by her peasant class from which Bernard dreams of extracting himself, and by the hold of religion, by the secrets and the betrayals. To understand Bernard, to understand his behaviour and his words, the director reveals as though in negative, through a multitude of speeches, the spider’s web of the many resentments that flood Bernard’s heart – towards his family, his class, money, religion, politics.

It’s a story of voices. Like a delicate and precious weaving, the narrative unfolds offscreen via an entanglement of voices which let us hear the kaleidoscope of different clashing affects. Feu-de-bois’ voice, of course, split between that of Yoann Zimmer, who plays 20-year-old Bernard, and that of Gérard Depardieu, but also the voices of Rabut, Solange, Saïd, that of the harki at whose house Bernard goes to eat and who tells him about his trench warfare, that of Mireille, that of Février… So many points of view that illustrate the incredible complexity of the trauma, of the flame that consumes not only the heart of Feau-de-bois, but also that of all those who, like him, have experienced Algeria.

Finally, these are men. Men exhausted by the weight of the toxic masculinity they carry on their shoulders. There are those who rape, those who kill, those who don’t speak, also those who rebel. There is this succession of wars that have been shaping men for generations, making them face the worst without offering them the words to heal their wounds.

For the duration of this night of memories where Belvaux takes us, we understand these men a bit better, those who collapse and those who hide to suffer, another war after the war, the one that destroys them from the inside and consumes then slowly.

Produced by Synecdoche (France) and Artemis Productions (Belgium), the film will be released in France and in Belgium on 11 November, distributed respectively by Ad Vitam and Cinéart. The film will also open the Brussels International Film Festival on 3 September.

Lucas Belvaux talks to us about his latest film, Home Front, showing at the Angouleme Francophone Film Festival and opening the Brussels International Film Festival

French cinema on showcase in Deauville

The 46th Deauville American Cinema Festival, which will take place from 4 to 13 September, will present several French works, including eight labelled by the Cannes Official Selection

Lucas Belvaux delivers a moving polyphonic story, giving back their voice to an entire generation of French men, those who were 20 years old in Algeria 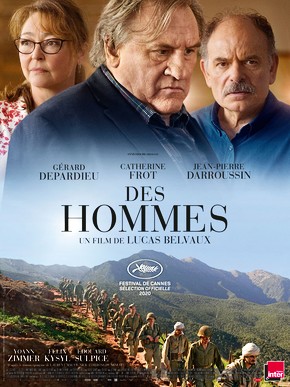 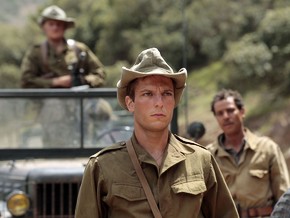 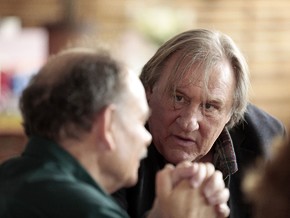 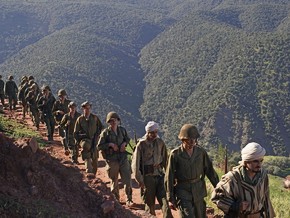