03/09/2020 - VENICE 2020: There is no time to catch one’s breath in Jasmila Žbanić’s powerful film, closing in on a teacher-turned-translator for the UN in Srebrenica trying to find her way

Although having nothing to do, one assumes, with Henryk Sienkiewicz’s historical novel about the persecution of the early Christians in Rome, Jasmila Žbanić’s Quo Vadis, Aida? [+see also:
trailer
interview: Jasmila Žbanić
film profile], playing in Competition at the 77th Venice Film Festival, is a proper heart attack of a film. Fast-paced and unforgiving, it closes in on Aida (Jasna Đuričić, fantastic), a teacher-turned-translator for the UN in Srebrenica trying to find her way after it suddenly turns into hell once the Serbian army takes over. Also in focus are her husband and two sons, still hidden somewhere among those desperately begging for shelter in the camp.

The film has something of a Dunkirk [+see also:
trailer
film profile]-like, out-of-breath approach to war as Aida is literally running for her family’s life. As the person who constantly accompanies those who are supposed to be in charge, she knows a lot – too much to just accept their promises, and too much not to have a problem with repeating these empty words to all the tired, confused faces. She is told, in two languages of course, that “the Dutch closed the gate,” even though Srebrenica was declared a UN safe zone.

As time is running out and the whole place keeps shrinking somehow, Žbanić’s film (edited by Cold War [+see also:
film review
trailer
Q&A: Pawel Pawlikowski
film profile]’s wizard Jarosław Kamiński) plays out like a proper thriller. Frankly, the only thing missing is a 24-themed countdown clock. But – this probably doesn’t need a spoiler alert, given Srebrenica’s gory infamy – don’t expect any saviours nor last-minute twists of fate in this tale, as even a man so confident that help will come eventually shuts himself in a room, asking to be left alone.

This heaviness matches the subject matter, but the film is also immersive and incredibly engaging. Time slows down just for one flashback, to a happier time at the East Bosnia Best Hairstyle competition, no less. Yet soon enough, the plot returns to evading people’s questions and to the refrain of “what is he saying?!” repeated again and again, not that anyone really cares. It’s a small wonder that while there is not a minute to waste, certainly not for grandiose monologues, Žbanić (who, after all, won a Golden Bear for Grbavica [+see also:
film review
trailer
interview: Barbara Albert
interview: Jasmila Zbanic
film profile]) still shows every aspect of war: the lack of communication, the utter helplessness of just about everyone involved despite their declarations, and the realisation that there is no way out suddenly hitting you like a cold sweat. The fact that she doesn’t talk about some remote past, but about an event from 1995 – one she has already described as “a huge trauma for all Bosnians” – makes it even more terrifying, especially when filtered through all these voices calling for “patriotism” these days. It’s very telling that in Quo Vadis, Aida?, the people coming with the guns are the ones you know – Aida’s old students from school, someone’s friend from university. It’s absurd and it’s scary, and it can happen again.

“As human beings, we always have hope”

We talked to Jasmila Žbanić, the director of Quo Vadis, Aida?, Bosnia and Herzegovina's Oscar submission, screening at Les Arcs

A total of 33 projects, including those by Leonie Krippendorff, Natalia Smirnoff, Ioana Uricaru and Phuttiphong Aroonpheng, will be presented at the co-production platform

Triangle of Sadness triumphs at the 35th European Film Awards

Ruben Östlund's film has won all the awards it was nominated for, including Film and Director, while Vicky Krieps won European Actress for her work in Corsage

SE_CINE reflects a Europe with its doors open to the world

Review: Have You Seen This Woman? 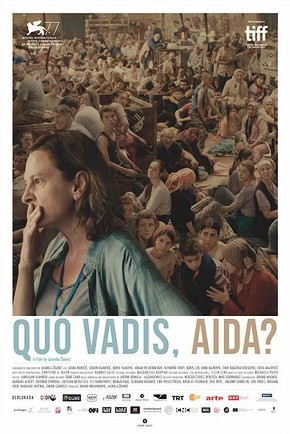 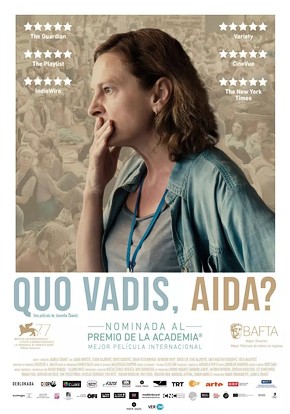 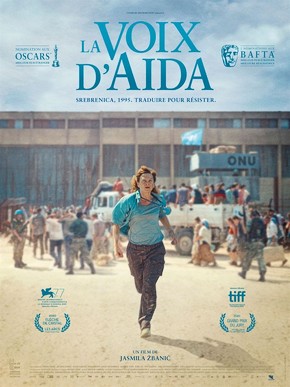 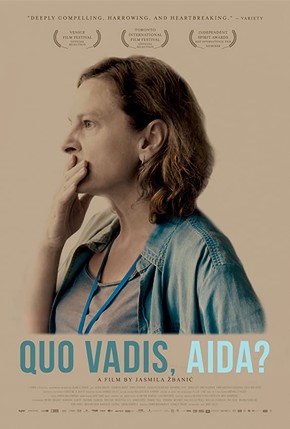 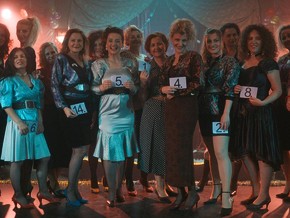 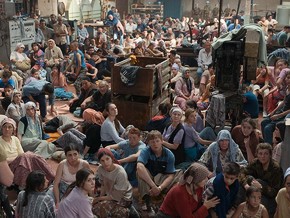