05/09/2020 - VENICE 2020: In Philipp Yuryev’s absorbing debut film, competing in the Giornate degli Autori, an adolescent from the Russian Far East discovers love in an adult chat room and dreams of America

Vladimir Onokhov in The Whaler Boy

A teenager lives in a village, lost in the tundra of the Russian Far East where the sun never shines, where there’s nothing to do except hunt whales and where, first and foremost, there are no women. On paper, it seems a dark and depressing story yet The Whaler Boy [+see also:
trailer
interview: Philipp Yuryev
film profile], the first feature film by 30-year-old Russian director Philipp Yuryev, selected in competition at Venice’s 17th Giornate degli Autori, is a pleasant surprise to say the least. Because Leshka, the boy who leads the film’s cast, is a real dreamer and his dreams of love will carry him far. But not too far…

We’re on the Bering Strait on the extreme outer reaches of Russia, just a stone’s throw from Alaska. When they’re not ordering sex workers from the mainland, the men of the village chat with webcam girls online. Fifteen-year-old Leshka (Vladimir Onokhov) follows their example, very shyly making contact with HollySweet999 (Kristina Asmus), a pretty blond girl logging in from America. Young and naive, Leshka sets about learning English so as to whisper sweet nothings to this lovely young lady and, little by little, he falls in love despite the shaky internet connection coming and going, and despite reminders from his best friend (Vladimir Lyubimtsev) that hundreds of men masturbate while looking at that same girl naked, himself included.

One day, Leshka logs in, having donned his best jacket to declare his love, and finds HollySweet999 engaged in a private chat with someone else, at which point he quite literally loses his mind and does the unthinkable. What better time, therefore, to attempt the perilous journey across the Strait that others before him have tried more or less successfully, to defy the border police, to try to reach America coming via Alaska and to head straight for Detroit, the skyscraper city that he’s seen on Google and where the adult chat room employing the young woman with the blue eyes is registered? All with a gun and just a few tins of food in his backpack. But, at the end of the day, does happiness really lie in America?

The character of Leshka is hugely endearing. Clinging to his virtual love, he can’t tell what’s real from what’s not. The director never neglects the ironic side in all this, and draws more than one smile via the strange character of the boy’s grandad (Nikolay Tatato), who’s convinced he’s on the point of death at all times, when he’s not dancing like a little boy or asking for food. The Beach Boys’ "Wouldn't It Be Nice" sounds out when you least expect it, and gory images of whale hunting (the village men’s main line of work) are accompanied by chilled-out pop music, disorienting the viewer.

The Whaler Boy is a film about finding our place in the world, universal in its portrayal of the turbulence of adolescence with its first loves, jealousies and yearning for escape, but unique for the place in which it’s set, half-way between two continents, with America on the one side and Russia on the other, the past on one side and the future on the other. And in Leshka’s case, it’s not just a question of negotiating time-zones.

The Whaler Boy is produced by Rock Films (Russia), Orka (Poland) and Man’s Films Productions (Belgium). International sales are in the hands of Loco Films.

more about: The Whaler Boy

"I felt this is a story of a first love, so it couldn't be depressing"

VENICE 2020: Russian director Philipp Yuryev talks to us about his feature debut, The Whaler Boy, in which a teenager living in a Russian remote village finds love in a chat room

Jasmila Zbanic wins the Crystal Arrow and the Audience Award, The Whaler Boy scoops the Grand Prize, Mendonza and Natasa Stork are named best actors while the Cineuropa prize goes to Shorta

VENICE 2020: In Philipp Yuryev’s absorbing debut film, competing in the Giornate degli Autori, an adolescent from the Russian Far East discovers love in an adult chat room and dreams of America 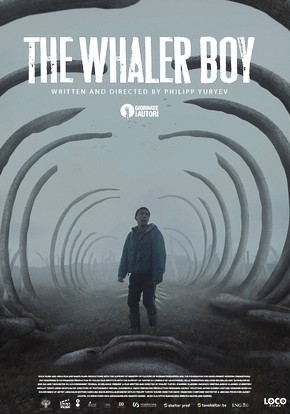 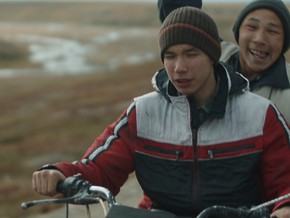