Presented in the Venice Film Festival’s main competition – while awaiting a local theatrical release, already scheduled for 24 September – Claudio Noce’s Padrenostro [+see also:
trailer
interview: Claudio Noce
film profile] is probably his most personal feature to date. It’s also a bit of a mess, overlong and over-scored, although based on Pierfrancesco Favino’s audience-friendly presence alone, it might just be enough to entice audiences back to the cinemas after COVID-19. At least in its home country, leaving others to scratch their heads in confusion.

That’s provided that Italian viewers don’t mind watching a film composed mostly of close-ups of Noce’s blond, angelic protagonist, that is – always a risky decision unless your child actor is called Haley Joel Osment. It’s the 1970s, and a ten-year-old Valerio (Mattia Garaci) and his mother witness an attack on his father, Alfonso (Favino). While he is badly hurt, one terrorist dies, making it very hard for the sensitive boy to come back to any semblance of normal life. Until he meets the kind of friend he has never had before: the slightly older Christian (Francesco Gheghi), who just shows up one day, sneering at Valerio’s lack of football skills, and then pretty much hovers around. He’s so mysterious that one can’t help but wonder if yet another boy is “seeing dead people” here, especially as not so long ago, he was shown feeding his imaginary pal, hidden away from prying eyes.

This makes for the most interesting part of the film – Noce’s decision to stick to the child’s point of view, no matter what. It certainly makes things more vague, as with the TV room turned into a “no-go zone”, little Valerio knows only what he is told, and sometimes only when he demands it. But despite the adults being as opaque as they can be about Alfonso’s situation, the sense of constant threat is palpable. Also because his father now comes and goes, with every ring of the telephone destroying the already very feeble sense of stability. You can keep kids in the dark, it seems, but they will still pick up just enough to be scared.

Noce certainly knows how it feels – his own father, a deputy police chief, also had a target on his back and was finally the victim of an assassination attempt when the director was only two years old. But with its endless supply of slow-motion running and sun-soaked images, especially once the action moves to Calabria, Padrenostro could benefit from a faster pace and a meatier script, one that could also do without a silly twist at the end. Especially because it already paves the way for an interesting love story about a child and his dad who, according to some, “is a hero”, while others happen to share a different opinion. He is an absent figure, and yet the less time he spends at home, the more romanticised he becomes, driving Valerio’s mother to finally ask her son: “Why am I not enough?”

Padrenostro is an Italian production staged by Andrea Calbucci, Pierfrancesco Favino and Maurizio Piazza for Lungta Film, Pko Cinema & Co, Tendercapital Productions and Vision Distribution (also in charge of its international sales), in collaboration with Sky and Amazon Prime Video.

“As children, we lived in a climate of fear, without much of an explanation from our parents”

VENICE 2020: Italy’s Claudio Noce speaks to us about Padrenostro, in which he takes on a traumatic part of his own childhood

VENICE 2020: In his third film, Claudio Noce goes personal, and then gets lost 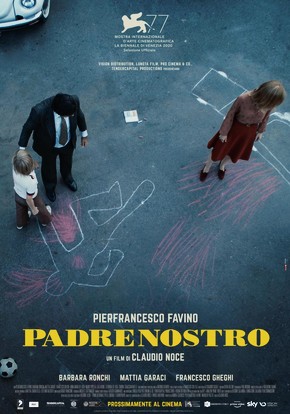 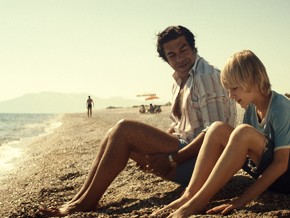 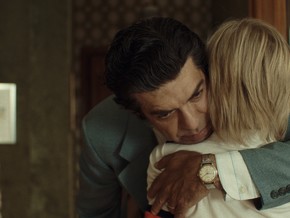