There is a feeling of familiarity to Susanna Nicchiarelli’s Miss Marx [+see also:
trailer
interview: Susanna Nicchiarelli
film profile], about to hit Italian theatres and now being presented in the Venice Film Festival’s main competition. Mostly because the idea to add some (s)punk to a historical figure, usually relegated to staring politely from an old photograph, has been done before – in the likes of Sofia Coppola’s Marie Antoinette, for example, scored to New Order or Siouxsie and the Banshees. And been done better.

Trying to come closer to the enigma that was the famous German philosopher’s youngest daughter, Eleanor Marx (Romola Garai), who died at just 43 years of age, Nicchiarelli enlists the help of some blasting, pleasantly scratchy tunes. That combination, while hardly revolutionary (oh the irony), is probably what saves the film in the end – not to mention gives voice to its frustratingly soft-spoken protagonist’s hidden rage, expressed here once in a frenzied dance. Eleanor might be a fighter outside of the house, but inside she just loses the spark, and mentions of a “doll-child” from Henrik Ibsen’s play, which she actually translated, passed around first by her father and then by the man she decided to live with (Patrick Kennedy as Edward Aveling), hit right where it hurts. It’s the only honest, straight declaration about her situation – coming through somebody else’s text.

It bears some resemblance to Nicchiarelli’s previous Venice-bound title, Nico, 1988 [+see also:
film review
trailer
interview: Susanna Nicchiarelli
film profile], with these two famous women sharing not just long hair, but also a healthy dose of profound unhappiness, but where that one benefited from Trine Dyrholm’s performance, now it’s up to Romola Garai. Whether recounting her parents’ “perfect” love story during her father’s burial – with Philip Gröning occasionally showing up as the late Marx, managing to disappoint his daughter even posthumously – or slowly resigning herself to her fate, she is very touching. Actually, she is much better than most of the scenes she is in, often stiff and theatrical, and when she finally turns to the camera to deliver more truths, it just feels superfluous, somehow.

If that 2017 film were any indication, it seems like the Rome-born director is interested in the moment when one starts to look back more than look to the future, weighing up past choices and accepting the fact that, in all likelihood, some things just won’t change any more. Miss Marx is a feature about disappointment, really, or that ultimate betrayal – not that of the philandering, perpetually broke Aveling, but that of her own convictions, as she stays put in a relationship that brings little more than heartache and debt. Stuck in the stuffy, dark apartments that even the flowers no one can really afford can’t brighten up, it’s almost as if everyone has given up on life here already. Knowing this family and Eleanor’s fate, it’s clear as to why.

Miss Marx is an Italian-Belgian joint effort staged by Marta Donzelli and Gregorio Paonessa. It was co-produced by Joseph Rouschop and Valérie Bournonville for Vivo Film, Rai Cinema and Tarantula, in co-production with VOO and Be TV. The Italian distribution for Miss Marx is handled by 01 Distribution, and the international sales are overseen by Celluloid Dreams.

“This film is about the private and the public”

VENICE 2020: We asked Susanna Nicchiarelli, the director of Miss Marx, about her competition entry hinging on the youngest daughter of the famous thinker

The 2021 Italian Golden Globe goes to The Macaluso Sisters

The second film from Emma Dante was named best film of the year by the foreign press in Italy, while Daniele Luchetti won the Best Director award for The Ties

Back in front of the big screen, everything is ready for the Taormina Film Fest

The Sicilian festival will be held physically from 27 June to 3 July, with 6 first and second features in competition and 7 national and international premieres

Emma Dante’s film walked away with five prizes in all, while Rose Island triumphed in four categories and Pietro Castellitto was crowned Best Emerging Director

The shoot kicks off for Lucile Hadzihalilovic’s Earwig 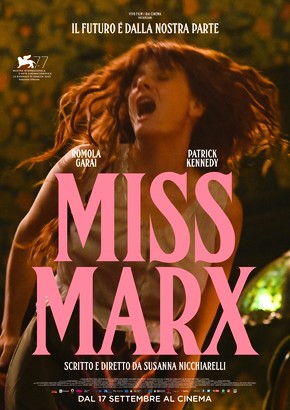 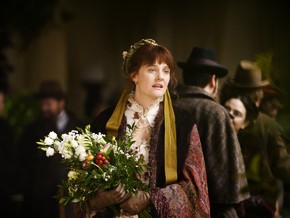