Those seeking out the gems in this year’s International Film Critics’ Week selection at the Venice International Film Festival will find a particularly hard, Danish rock of a film in Shorta [+see also:
trailer
interview: Anders Ølholm and Frederik …
film profile], the first, joint, big-screen feature by directors Frederik Louis Hviid and Anders Ølholm. And it’s a solid litmus test on how far Nordic crime cinema has come in the last quarter-of-a-century.

25 years ago, a grainy, low-budget film appeared on Danish screens. Before this point, the national crime genre featured distinguished thespians portraying dreary law-and-order servants, struggling with family issues and the occasional drinking problem along the way. While some of this output had been reasonably compelling, this new thing, Pusher, was anything but reasonable. Its authentic depictions, violent ruthlessness, despair and sheer force kicked in the doors of a now-changed game. Since then, as admirers of The Killing, The Bridge and Department Q will testify, that same game has been both consistent and upped from time to time.

This is also clearly the case with Shorta, a joint venture between Frederik Louis Hviid, director of the Follow the Money series, and Anders Ølholm, screenwriter of Letters for Amina [+see also:
trailer
film profile] and the Antboy [+see also:
trailer
film profile] films, who are both making their big-screen directorial debut with this work. We’re in modern-day Denmark, a multicultural, segregated society with tensions to match. For reasons as yet unclear, a young, second-generation immigrant who had been taken into police custody is now in a coma. In the meantime, police officers Høyer (Simon Sears from Ride Upon the Storm) and Andersen (Jacob Lohmann, recently seen in When the Dust Settles) go on a routine patrol in Svalegården, a ghetto-like area mainly populated by immigrants. When news of the youngster’s death gets out, riots break loose, and all hell, too. Our two edgy anti-heroes find themselves caught in the middle and will literally walk through fire, water, concrete and blood to get to the other side.

Shorta – Arabic for “police” – offers up a story that’s as dense as they come, taking few prisoners and showing close to zero mercy. Stones and bottles fly through the air, shootings and hand-to-hand combats are brutal and manifold, and a furious fighting dog also plays his toothy part. But even a concrete ghetto has its own share of good guys, who appear in some surprisingly poetic scenes involving Andersen getting shot and receiving unexpected medical aid, and offering a ray of light in a seemingly endless, dark tunnel.

Technically speaking, Shorta could compete with a tough John Carpenter or Walter Hill film, with the atmospheric setting of La Haine or Les Misérables [+see also:
film review
trailer
interview: Ladj Ly
film profile], and a touch of Gaspar Noé’s disturbing sound thrown into the mix. While the timing of the movie, in light of the George Floyd riots, might seem uncanny, its observations can only be put down to the astute social commentary delivered by the directors on the general and far-too-prevalent incidents unfolding in these times.

Shorta was produced by Denmark’s Toolbox Film, with sales in the hands of Charades.

VENICE 2020: We talked to Anders Ølholm and Frederik Louis Hviid about their film Shorta, centred on a police incident in contemporary Denmark and playing in this year's Critics' Week

Reims’ Thriller Film Festival gets ready to kick off online

21 titles are set for the showcase in Reims Polar’s 38th edition, unspooling 26 - 30 May and henceforth taking up residence in the Champagne-based city

The project, produced by Nordisk Film, promises to be a horror-romance about love at first sight, steeped in Jewish folklore

Another Round triumphs at the 2021 Robert Awards

Thomas Vinterberg’s box-office hit is one of this year’s big winners, alongside Anders Thomas Jensen’s Riders of Justice and Christina Rosendahl’s The Good Traitor

The Nordic film body has earmarked 11.5 million Norwegian crowns (€1,108,600) to back seven new audiovisual projects, alongside other distribution and industry initiatives 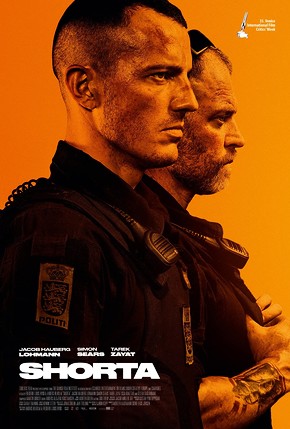 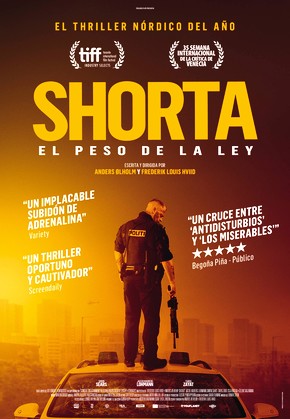 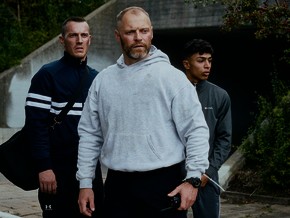 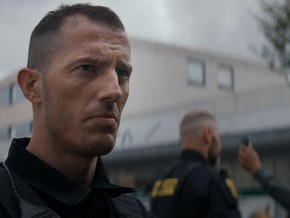 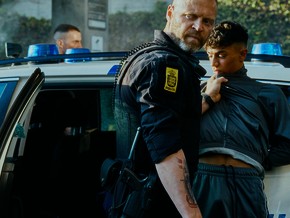