08/09/2020 - VENICE 2020: Forget Thanos, as in this dark Polish fairy tale by Małgorzata Szumowska and Michał Englert, it’s the Ukrainian masseur who does the snap

Already chosen as Poland’s Oscars submission, Never Gonna Snow Again [+see also:
trailer
interview: Małgorzata Szumowska and Mi…
film profile] might be the oddest film in the Venice Film Festival’s main competition this year. Which is, ultimately, a good thing. There is a welcome sense of mystery to Małgorzata Szumowska’s latest, her first co-directed with long-time collaborator and cinematographer Michał Englert, similar to last year’s Vivarium [+see also:
film review
trailer
interview: Lorcan Finnegan
film profile], in a way – especially with its rows and rows of identical, white houses, making up the gated, well-off neighbourhood where, despite constant supervision, quirks and tragedies run aplenty. They’re usually announced by a doorbell, massacring one classical tune at a time.

That’s Zhenia’s (the terrific Alec Utgoff) line of business – a much sought-after masseur who grew up next to Chernobyl, he spends his days going from door to door, ringing said doorbells and providing a moment of relief to all of the unhappy residents. These individuals include a housewife (Maja Ostaszewska, previously seen in Szumowska’s spectacular Body [+see also:
film review
trailer
interview: Malgorzata Szumowska
interview: Malgorzata Szumowska
film profile]), gulping wine like it’s water, in true Christian manner; a widow whose kid is starting a drug business and whose husband is now literally fertilising the soil (Agata Kulesza); and a man struggling with disease (Łukasz Simlat). Whoever they are, Zhenia can take them where they want to go. And then bring them back again, just with a snap of his fingers.

Without going too deeply into Zhenia’s peculiar methods, there is a whiff of Jonathan Glazer’s Under the Skin [+see also:
film review
trailer
interview: Jonathan Glazer
film profile] or, hell, even Get Out here – it’s easy to imagine this film being taken out of Venice’s prestigious milieu and embraced by genre-loving audiences as well, usually more open to not getting all their answers right away, or ever for that matter. With some observations almost laugh-out-loud funny in their accuracy – like the dog owner telling every scared passer-by, “They are just saying hello” – it’s a very complex story, if emotionally stilted, somehow. Zhenia, spending his days either in his empty flat or carrying his massage bed around like Antonio Banderas did a guitar case all those years ago, is able to use his hypnotic skills to get what he needs, like a residence permit, or to get inside his clients’ heads. But what he actually wants remains unclear, and only one child seems to “know who he is”. It’s a luxury that the viewers won’t be granted here, though.

Despite some local touches – “Szyszko’s law”, named after Poland’s Environment Minister, which “liberated” landowners from having to apply for permission to cut down trees, seemingly gets a nod – this feels like a pretty universal story that could easily be uprooted and planted somewhere else. This is also the case when it comes to the way Zhenia is treated, with his clients complaining about migrants and Ukrainians when caught off guard, taking advantage of someone whose job is also to listen, only to claim that, in fact, they are “very tolerant, too tolerant even”. No wonder he massages them into peaceful submission.

There is a sitcom-ish feel to this whole set-up, which doesn’t always convince, with Zhenia going in and out of these different lives and most of the actors, apart from Utgoff, hamming it up – ogling his body or asking him to massage their dog’s belly while in his tighty-whities, which would surely make Bryan Cranston proud. All while waiting for the winter that just won’t come, or not like it used to, at least, and even the kids are told that it’s “never gonna snow again”. What a grey, weird, stunning fairy tale this film is.

“We wanted to make a film that cannot be classified”

VENICE 2020: We met up with Polish helmer Małgorzata Szumowska and her long-time collaborator Michał Englert to talk about their competition title Never Gonna Snow Again

Al Este to once again be an online event 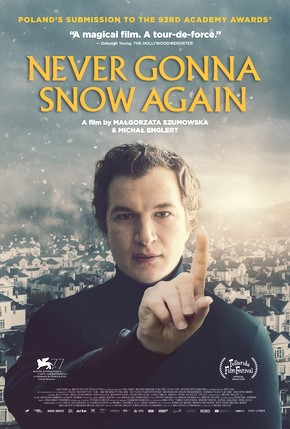 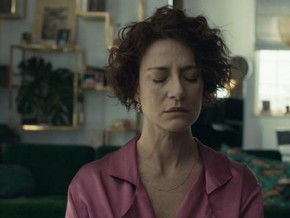 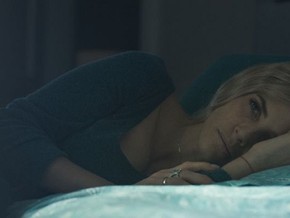 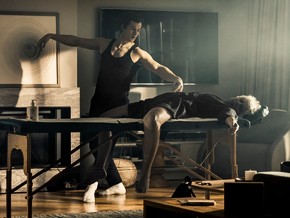 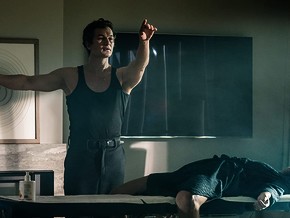 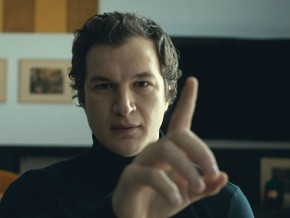 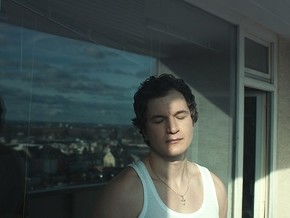 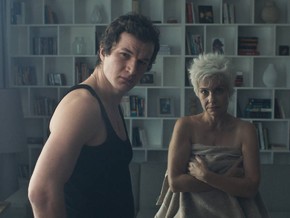