08/09/2020 - VENICE 2020: Massimo D'Anolfi and Martina Parenti invite us to reflect upon the relationship between cinema and war via the places where images are conserved and restored

Gloved hands reposition negatives on photographic plates made of cut glass. Attentive eyes use sophisticated tools to analyse war images displaying the full spectrum of visible colours. We’re in Rome’s Fotocinema laboratories, housed by the Istituto Luce Cinecittà and the Centro Sperimentale di Cinematografia - Cineteca Nazionale, where Massimo D'Anolfi and Martina Parenti shot War and Peace [+see also:
trailer
film profile], which is currently competing in the Orizzonti section of the 2020 Venice Film Festival. Five minutes in, the opening credits are still rolling, and yet images of air strikes, “rebels” being hanged and the infamous Saigon Execution of a Viet Cong prisoner - a symbol of the horrors of the Vietnam War - have already chilled the viewer to the bone.

War and Peace is an invitation to reflect upon the relationship between images and conflict, in the knowledge that cinema has taken an interest in war since the former’s inception and that this interest has grown in multiple directions: pure propaganda films, pacifist works which nonetheless make the most of the war aesthetic and the perverse pleasure of observing violence, militant, denunciation documentaries… Whilst, in the past, a documentary such as Mohammad Bakri’s Jenin, Jenin - recounting the Israeli army’s destruction of a Palestinian village - has somehow morphed into a pressing diplomatic and legal affair which is still dragging on some 18 years later, the testimonies of people like Frédéric Rossif, Joris Ivens have been transformed into images shot on the smartphones of those participating in the Arab Spring. In his two-year-old film They Shall Not Grow Old [+see also:
film review
trailer
film profile], Peter Jackson offered up his own interpretation of the First World War, using high technology to lend colour and sound to images taken from the Imperial War Museum’s archive. In Notturno [+see also:
film review
trailer
interview: Gianfranco Rosi
film profile], currently competing in Venice, Gianfranco Rosi seeks to talk about modern-day conflicts, filming on the borders between Syria, Iraq, Kurdistan and Lebanon.

D'Anolfi and Parenti, however, (who are returning to Venice following a similar outing with Spira Mirabilis [+see also:
film review
trailer
film profile], which graced the Official Competition in 2016), are taking a more distant past as their starting point, beginning with early cinema and Italy’s criminal attack on Libya in 1911, a land which is still a long way off from peace, even today. The filming carried out by unknown cameramen is devoid of objectivity, but a disrespected dignity can be discerned on the faces of the defeated. The film is divided into four chapters - the distant past, the recent past, the present and the future - and we consequently move from restoration laboratories to the Italian Ministry of Foreign Affairs’ crisis unit, where constantly updated maps pinpoint those who are in danger in conflict zones. Finally, we arrive at the ECPAD, the French Ministry of Defence’s historic archive and images agency. Here, selected soldiers learn how to “use” and get the most out of war photos, whilst outside, their Foreign Legion colleagues train for combat. It’s reminiscent of The Battle of Algiers by Gillo Pontecorvo, which held Paris accountable for its colonial past and was banned in France for a great many years.

The idea at the heart of D'Anolfi and Parenti’s doc is to turn the very places in which war images are conserved into the film’s protagonists. Such as in the last chapter, shot in the archives of the International Red Cross, housed by Lausanne’s Swiss Film Library, where the importance of conserving memory is ever-more urgent.

War and Peace is produced by Montmorency Film together with RAI Cinema and Lomotion alongside SRF Schweizer Radio und Fernsehen / SRG SSR, with the support of MiBACT, among others. International distribution is in the hands of Taskovski Films, while the Italian side is entrusted to Istituto Luce Cinecittà and to Montmorency Film.

more about: War and Peace

Milan Industry Days concluded on 17 and 18 December with the 6th edition of the MFN Workshop, in which Gianluca Matarrese’s L’ultima volta triumphed

VENICE 2020: Massimo D'Anolfi and Martina Parenti invite us to reflect upon the relationship between cinema and war via the places where images are conserved and restored

Projects featuring in the sixth edition of the Venice Production Bridge's initiative include the latest works by Agnieszka Holland, the De Serio brothers and Jasmila Zbanic 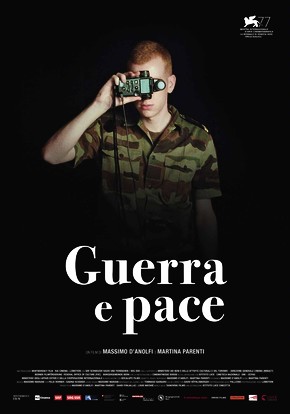 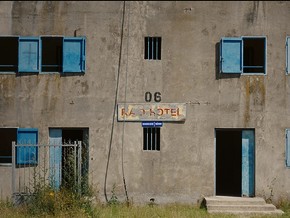 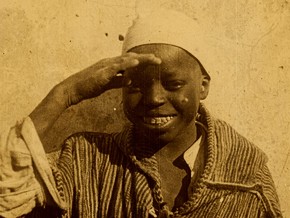 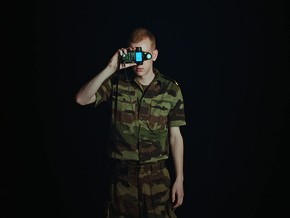