Review: And Tomorrow The Entire World

10/09/2020 - VENICE 2020: Julia von Heinz mines her own past as an anti-fascist activist in this fictional drama asking whether the best way to fight violence is through retaliatory violence

“The Rotten Bones are Trembling” by Hans Baumann was the official song of the Hitler Youth. German writer-director Julia von Heinz uses words from an ominous line from the tune, 'Because today Germany hears us, And tomorrow, the entire world,' which suggests that the Nazi threat will be ever-present, as the title of her competition entry at this year’s Venice Film Festival.

And Tomorrow The Entire World [+see also:
trailer
interview: Julia von Heinz
film profile] is a coming-of-age story about a young activist concerned about the rising tide of right-wing nationalism in present-day Germany. Astutely, von Heinz doesn't waste time trying to understand the reasons for this resurgence. It simply is so, which means that the real question facing politically aware law student Luisa (Mala Emde) is: how do we combat it? And is violence the answer?

The film begins by flashing up Art. 20, Par. 4 of the German constitution on-screen, which uses vague wording to suggest that Germans have the right to use resistance against anyone trying to stop Germany being a democratic and social state. Fortunately, that's it for the academia, as the fast-evolving drama revs up to show Luisa moving into an activist's commune and unpicks how the Antifa (anti-fascist) activists use protest and violence in their efforts of resistance.

A largely unnecessary prelude shows Luisa running through a field with a rifle in her hand. Usually, such allusions to the future are a ploy to create tension by implying a ticking clock structure which isn’t otherwise present here, although Luisa's life is stressful from the get-go. Here, this prelude rather seems to be a sign of the director's lack of faith in the audience. Do we really need a scene at law school where the professor is discussing whether the best way to fight violence is through retaliatory violence?

When the film isn’t over-stating its point, von Heinz delivers an exciting and thoughtful thriller about white liberals fighting for a diverse society. Bourgeoise vegetarian Luisa is invited to live in the commune by her on-off best friend Batte (Luisa-Céline Gaffron). It's an exciting place for a young person, with plenty of activities going on, from cooking to martial arts. Hackers are also on hand, which comes in handy when Luisa needs to get access to a phone she has taken from a Nazi at a demonstration in Mannheim. It's an exhilarating moment, which sees Luisa followed and attacked, and only saved by the violent intervention of one of her fellow protestors. There's plenty of tension here. There are also lots of parties at the commune and some sexual tension, in the guise of the testosterone-filled instructor Alfa (Noah Saaverdra); Luisa must decide whether she's ready for some free love.

Loosely based on the director's personal experiences — she met her husband and co-writer Quester in Antifa — the movie is full of wry and cutting observations about the resistance movement and the organisation of activism. It is taking place in a slightly pre-Internet age, the stolen cell phone dating the action. But the film has an enduring authenticity and truth which von Heinz manages to capture, with the assistance of some dynamic lensing from DoP Daniela Knapp working in a style that recalls that of Andrea Arnold. The film also reaches a surprising conclusion.

Produced by Seven Elephants, Kings&Queens Filmproduktion, and Haïku Films, and co-produced by SWR, WDR, BR and ARTE, the film is sold internationally by Films Boutique.

more about: And Tomorrow the Entire World

VENICE 2020: We sat down with Julia von Heinz to get the low-down on her competition entry And Tomorrow the Entire World

"The cinemas are completely scared about the future, and the next couple of months will be very tough for distribution"

Alamode Film's Tobias Lehmann discusses the role of independent distributors, the particularities of Germany and the effects of the COVID pandemic on their business

Review: And Tomorrow The Entire World

VENICE 2020: Julia von Heinz mines her own past as an anti-fascist activist in this fictional drama asking whether the best way to fight violence is through retaliatory violence 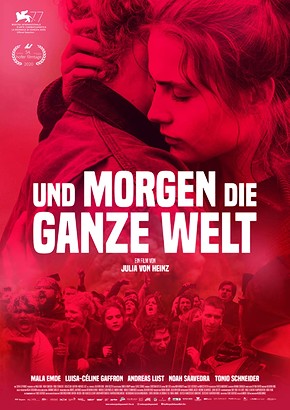 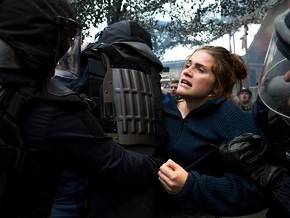 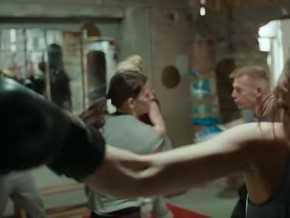 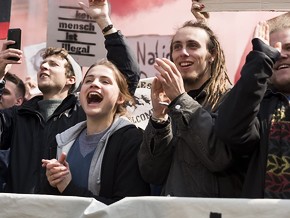