11/09/2020 - VENICE 2020: Michel Franco makes an audacious, unremitting and brutal critique of inequality and its relationship to violence

Michel Franco’s New Order [+see also:
trailer
film profile] is a harrowing dystopian drama with no silver linings. It's filled with end-to-end action, unpredictable twists and a wedding scene that makes the Corleone nuptials feel mundane. It also carries a devastating social message about the nature of violence that goes beyond giving trite political motives and rationality. At its heart, it argues that social inequality is presently so great that violence is inevitable. It's set in Mexico, but it could be anywhere. Right now, though, the film is playing in competition at the Venice Film Festival.

The sixth feature by Franco builds upon the themes of violence and trauma that have been a dark cloud hovering over all of his principal protagonists. It's his most ambitious work, with huge crowd scenes, prison complexes and guns. Even when he favoured a static camera, there was always a real-life aesthetic to his films, and now that he's employing a hand-held camera, his movie plays like a documentary. The action seems to unfold, rather than be told.

As such, it becomes a visceral ordeal for the viewer, too. Franco seems to go out of his way to unsettle us. At moments, it's an even tougher watch than Stanley Kubrick's A Clockwork Orange. It feels like the endgame in terms of how the directors of New Mexican Cinema (in films such as Alfonso Cuaron's Children of Men and Amat Escalante's Heli [+see also:
film review
trailer
film profile]) have been demonstrating how society's inequality is a prelude to mindless violence.

At first, the film feels like familiar Franco territory, as he once again seems to be unpicking how neoliberalism has led to a massive gap between rich and poor. It's a world of inequality, demonstrated by class and race division. And once again, Franco puts a resilient but vulnerable woman at the picture's heart.

By the time we arrive at the wedding of Marianne (a sensational Naian González Norvind), gunmen carrying green paint have attacked a hospital. The wedding party is a glamorous affair, full of white Mexicans in designer clothing knocking back champagne. They don't seem to have a care in the world. It's a perfect day.

It feels inconvenient when one of their former employees, Ronaldo (Eligio Meléndez) arrives at the house that day. But he's desperate. His wife, who also worked for the family, is in need of a life-saving operation. He appeals to Marianne's mother (Lisa Owen), who is sympathetic but wary. Her facial expression is enough to suggest she's thinking, “If I agree, who will be next?” She gives him just a fraction of the 200,000 Mexican pesos (around €8,000) that he needs. Marianne's brother Daniel (Diego Boneta) is also unsympathetic.

When Marianne finds out what's happening, she decides to help. It's a decision born of kindness as she runs around the lavish house. It's clear that money is not a problem, and Ronaldo has even promised to pay them back. So even though it's her wedding day, Marianne steps up to help. But there is no saving anyone in this new order, as it becomes apparent that a revolution or an insurrection is in progress. The streets are in chaos, nobody seems to know what is going on, and cash is the only god. Everyone is in danger, no matter theit colour, class or creed. It’s one of those films that it’s hard to say one likes, even though it is superb. There are no happy endings.

New Order was produced by Mexico’s Teorema and co-produced by France’s Les Films d’Ici. Its international sales are handled by The Match Factory. 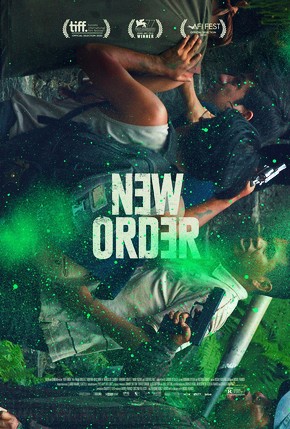 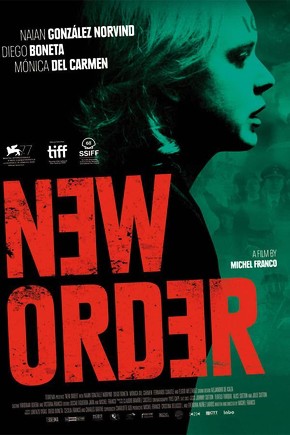 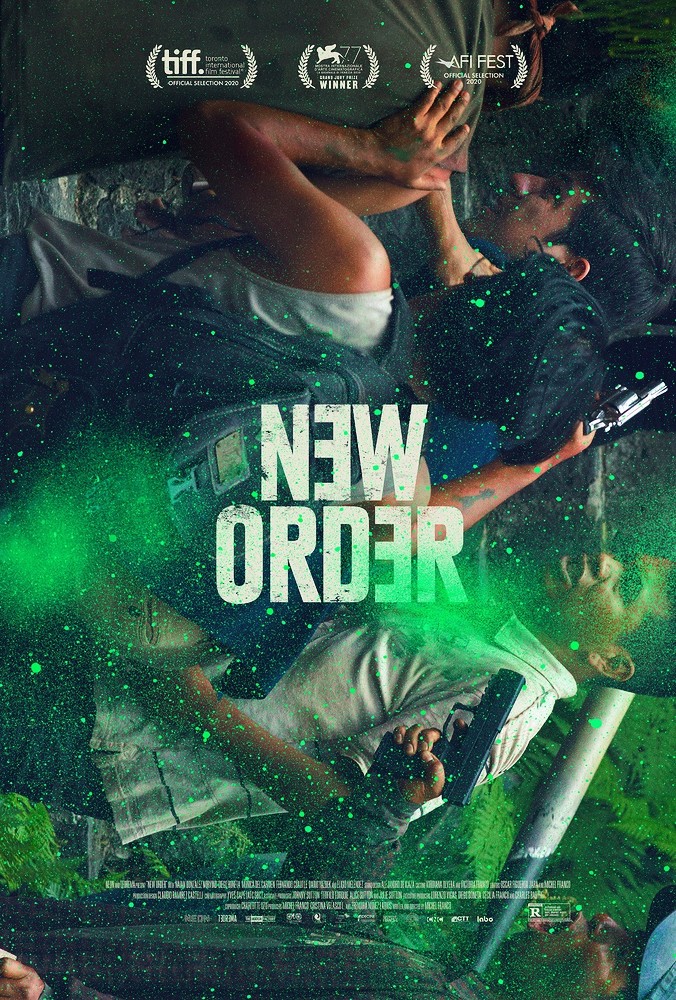 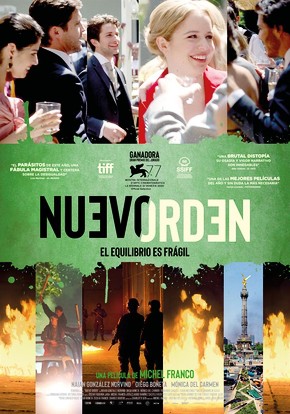 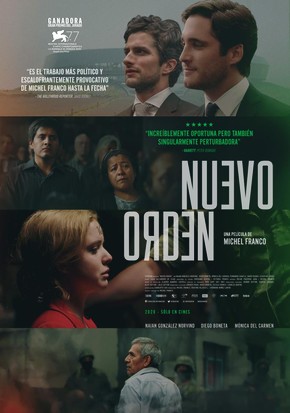 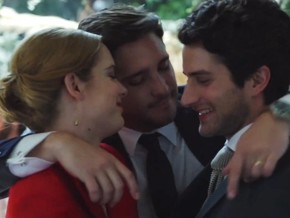 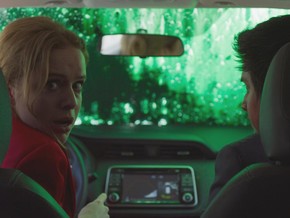 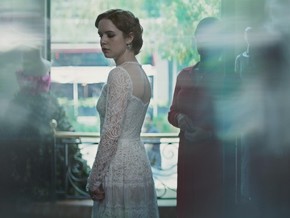 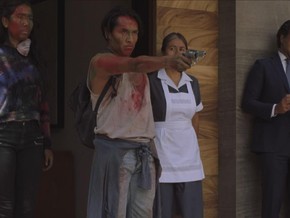