11/09/2020 - VENICE 2020: Shot through with sincerity and irony, Alessandro Rossellini’s debut feature film tells many behind-the-scenes stories about the famous family

The closing film of International Film Critics’ Week in Venice this year, The Rossellinis [+see also:
trailer
interview: Alessandro Rossellini
film profile] is directed by Alessandro Rossellini - the nephew of Roberto Rossellini and the son of Renzo Rossellini with African-American dancer Katherine Cohen - who has previously worked as a photographer, production assistant and photography assistant for some of the great names in cinema, including Federico Fellini, David Lynch and Martin Scorsese. Prior to this first feature film, Alessandro’s short documentary Viva Ingrid! was also selected for the Venice Film Festival back in 2015.

The film opens with archive images of Roberto Rossellini’s funeral, accompanied by the off-screen voice of Alessandro who, in hushed – though not entirely humourless – tones, introduces the figure of his grandfather and several other prominent members of his family, without forgetting to introduce himself, jokingly, when the camera lingers on his face amongst the crowd for a few seconds (“I’m thirteen years old, even though I look about ten, despite the Ray-bans”). Immediately, Alessandro makes clear the distinction between his grandfather as the man considered by all to be a revolutionary author and master of cinema, and the person he actually was for his family.

Indeed, the family the director tells us about is one of highly complex dynamics, sophisticated and diverse in its way of life, cosmopolitan, turbulent, obsessed with the neorealist masterpiece Rome, Open City (1945) and, above all, afflicted by “Rossellini-itus”, that is, the hefty – and, first and foremost, onerous - legacy left by his grandfather and associated with his surname. Crushed by the weight of expectation over his future, Alessandro failed to reach dizzying heights and suffered for a long time as a result of drug-related problems.

By way of this film, Alessandro lays his weaknesses bare and tries to piece together the puzzle of his extensive family, travelling around the world – between Switzerland, the US and Qatar – and meeting his various relations: Aunt Isabella, the famous actress and model, Aunt Ingrid, a university professor of Italian literature, Uncle Robertino, a Latin lover in his youth who was often snapped by the paparazzi with his latest loves, his mother Katherine, and many others. The film’s conversations are full of interesting insights into their relationships, revealing old disagreements, tragic moments in their lives, surprising anecdotes, but also good feelings.

Overall, it’s a thoroughly successful endeavour. The documentary slowly finds its own balance, offering itself up as some sort of psychoanalytical tool used by the director himself to help his recovery from “Rossellini-itus”, but which maintains an all-important, light-hearted backdrop. Ultimately, this strange form of therapy seems to have worked: Alessandro Rossellini’s work is a rare example of authenticity in the world of film, and the director’s personality shines through with great force.

Produced by B&B Film (Italy) and co-produced by VFS Films (Latvia) in league with RAI Cinema and in association with the Istituto Luce-Cinecittà, the film’s international sales are in the hands of Israeli firm Cinephil.

"I genuinely believe this film has opened my eyes"

VENICE 2020: We chatted with Alessandro Rossellini, the director of The Rossellinis, an Italian-Latvian co-production presented in competition at Venice’s International Critics’ Week 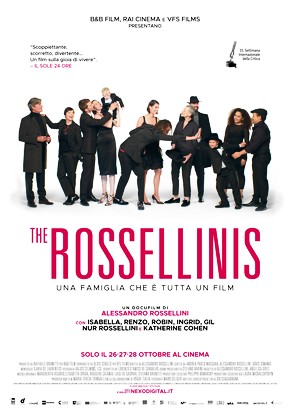 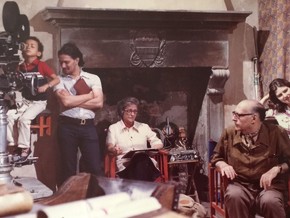 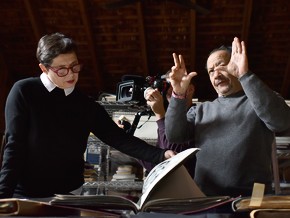