14/09/2020 - Suzanne Lindon’s feature debut is a very refreshing film, packed with references yet original, about a Parisian teenager’s awakening to love

It’s the time of grenadine soda, of greetings on the high school steps, of conversations in cafés, of dance parties and parents letting you out until half past midnight. But Suzanne is pensive, her mind miles away, as she oscillates between the profound boredom she feels when hanging out with kids her own age, and her rather stuck up behaviour of perfect daughter, struggling with her everyday routine like the Albatros from Baudelaire’s poem, which she studies at school.

Such is the protagonist from Suzanne Lindon’s Spring Blossom [+see also:
trailer
interview: Suzanne Lindon
film profile], an archetype of the teenager waiting for and seeking her blossoming. Cinema has often tackled this character but the young director (20 years old, and also the lead actress in her film) manages to recycle it by adding to it a hint of symbolic originality, without really concealing her references but rather playing with them. The result is a very contemporary atmosphere, but also the almost outdated charm of a love affair made of furtive looks and few words, shot in a minimum number of locations and following a minimalistic plot. The film received the Cannes 2020 Official Selection label, has just screened in Toronto (in the Discovery section) and will play in the New Directors competition in San Sebastian.

With a Bambi poster on her bedroom wall, understanding parents (a loving but slightly worried mother, a kind father lost in his own world, respectively played by Florence Viala and Frédéric Pierrot), a nice older sister (Rebecca Marder), a lovely upper middle class existence in the Montmartre neighbourhood of Paris… Everything seems to be going well for Suzanne, except for the fact that she does not understand the codes of a relaxed adolescence (beer, parties, conversations about the beauty of boys, etc.). On her walk between her high school and her home, she one day notices a man in his thirties wearing a suit, who sees her looking at him: he is Raphaël (Arnaud Valois), an actor in the théâtre de l’Atelier where he plays Eraste in Marivaux’s Les Acteurs de bonne foi. As the young girl comes and goes, a ballet soon operates between the two, getting closer to each other first in a kind of hesitant  waltz, then in a restrained but mutual discovery of the other that becomes a little more intense every time…

Going against the principles of naturalistic tragedy, Spring Blossom progresses in the form of a stroll through the emotions of its young protagonist, through the interiorised turbulences of the projections of love, through the tiny tremors felt in the encounters between two people who look at and understand each other beyond an age gap (19 years) which nevertheless does exist, with all the limits it imposes. The director amplifies this delicate poetry by representing symbolically (in two rather risky choreographed sequences) the synchronicity which establishes itself between the two and their emotional symbiosis. Add to this three songs by Christophe (Señorita, Les marionnettes, La dolce vita) integrated into the story, as well as a hint of culture (theatre, opera, novels), and a feature debut much more sophisticated than it initially appeared emerges, populated with multiple references (a poster of Sandrine Bonnaire as Suzanne in Maurice Pialat’s À nos amours, a film which also featured Dominique Besnehard who appears in Spring Blossom; nods to Claude Miller’s L’Effrontée, Claude Pinoteau’s La Boum, Diane Kurys’ Peppermint Soda).

This first feature by Suzanne Lindon (daughter of actors Vincent Lindon and Sandrine Kiberlain) obviously received a lot of support, which could spark jealousy, but the film demonstrates enough personality for us to await with curiosity the young director’s next work.

Produced by Avenue B Productions, Spring Blossom is sold internationally by Luxbox. The film’s French release on 9 December is handled by Paname Distribution.

Symbols, dreams and emotions aplenty at the 28th Filmfest Hamburg 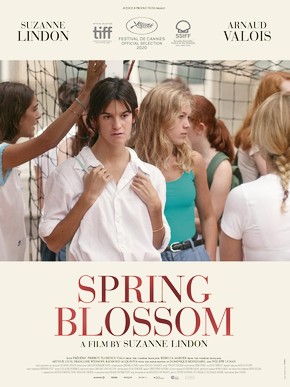 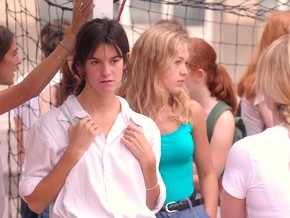