Argyris Papadimitropoulos's Monday starts with the camera on a glitter ball and Donna Summer's “I Feel Love” blaring out of the speakers while a party is in full flow under the Greek sunshine. Where's our invite? It's Friday night, and it will always be Friday for drunk lawyer Chloe (Denise Gough) and lothario DJ Mickey (Sebastian Stan) in this audacious, twisted romance showing in TIFF Industry Selects at the 2020 Toronto International Film Festival.

The pair are literally thrown together on the dance floor by Mickey's pal Argyris (Giorgos Pyrpasopoulos). The couple has one of those great movie meet-cutes that starts with a kiss after ten seconds, with the night ending with the police waking the naked couple up on the beach the next morning. Monday is one of those outstanding films about relationships that keeps its lovers in the quicksand throughout.

Greek director Papadimitropoulos (who made the excellent Edinburgh Film Fest Best Film Award-winning island party film Suntan [+see also:
film review
trailer
interview: Argyris Papadimitropoulos
film profile] in 2016) depicts a relationship that's as repetitive as the lyrics to Donna Summer's 1977 song. The two lovers at the movie's heart are like techno trying to fuse with disco. When the relationship is grooving, it's filled with magic and energy, but most of the time, they are a scratched record, stopping and starting but struggling to go anywhere.

Monday is a look at how two dysfunctional people running away from their responsibilities crash their lives together. It's reminiscent of the underrated Nick Cassavetes film She's So Lovely (1997), which starred Sean Penn and Robin Wright, and was penned by the legendary John Cassavetes. There is no right or wrong as the film ponders whether they have got into the relationship for the right reasons.

At the core of the movie is a brilliant, unfiltered performance from Denise Gough, displaying on screen her incredible ability to bring vulnerable yet single-minded characters to life that has earned her two Olivier Awards for her stage work. Incredibly, she's the more grounded of the two lovers. Opposite her, Stan's emotionally stilted Mickey doesn't take long to start telling lies about his "flatmate", and he is perfectly self-centred. He is the winter soldier of romance.

Remember Lars von Trier's Antichrist [+see also:
film review
trailer
interview: Lars von Trier
film profile]? Well, this is another picture that is at pains to remind us how relationships that once seemed so exciting can turn sour, especially when toxic masculinity is involved. The idea of vicious circles that are impossible to escape is reinforced by events being separated by chapter headings, each one called “Friday”. Unlike Groundhog Day, the couple does not repeat the same day over and over again; here, they repeat the same patterns over and over again on different weekends as the relationship progresses. Way too soon, they move in together, and secrets from their past come back to haunt them. Then there are all the jealousies.

There are many brilliant scenes. From one moment to the next, Papadimitropoulos makes the relationship seem vibrant, and then sour, then passionate again. A mundane activity such as moving a sofa becomes symbolic of the up-and-down nature of the couple. The exhilarating and comical scenes include a naked motorbike ride and a couple of visits to the police station. The cinematography from Christos Karamanis is scintillating. So is the soundtrack. The ending of the film will be much debated, but it doesn't seem to fit what we learn about the characters previously, and so feels a tad imperfect. But, then again, aren't so many relationships?

The new films by Phil Morrison, Edward Hall, Mitch Jenkins and Hong Khaou have been added to the Cannes slate of the British outfit 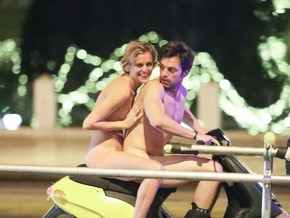 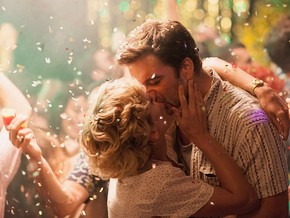