18/09/2020 - Viggo Mortensen's directorial debut is being feted at San Sebastián, where the actor-director is receiving a Donostia Award for Lifetime Achievement

Having received a stamp of approval from the Cannes Official Selection label earlier this year, and subsequently formed part of the selection at the Toronto International Film Festival, Falling [+see also:
trailer
film profile] now lands at the San Sebastián Film Festival, where it is showing as a special screening in honour of its director, writer, actor and composer Viggo Mortensen, who is receiving a Donostia Award in recognition of his career achievements. And it's precisely because of his acting career, which has seen Mortensen appear in films by Jane Campion, Lisandro Alonso, Peter Jackson and David Cronenberg (who has a little cameo in Falling), that there is so much interest in Mortensen's directorial debut.

Falling is about the problematic bond between a cantankerous father and his browbeaten son. It's told through the use of multiple flashbacks, with the tumultuous family history surfacing when the dad's memory starts to fade as he’s at death's door. It's a story of repressed emotions told in an elegiac tone. The father, Willis, is played by Lance Henriksen as a 75-year-old, and by Borg/McEnroe [+see also:
film review
trailer
film profile] star Sverrir Gudnason between the ages of 23 and 43. The son, John, is played by Mortensen, aged 50, and by five young actors up to the age of 16. The first words of dialogue, on the day John is born, set up the warped thinking that bedevils Willis: "Sorry I brought you into this world; you could die."

Willis is a horrible racist, homophobe and misogynist. And they are possibly his best attributes. His toxic masculinity is unbearable at times, whether he’s mistreating John's mother Gwen (Hannah Gross), his girlfriend Jill (Bracken Burns) or his daughter Sarah (who is played by Laura Linney as an adult in a pivotal Los Angeles dinner scene). The bad blood between father and daughter is why John is the only person in the world who feels responsible for their parent, despite Willis's racism and homophobia directed at John's husband Eric (Terry Chen). It's always disheartening to watch how parents ruin the dreams of their children, but Falling does contain some joy, as it's also about surviving and thriving, even if the children have to move thousands of miles from Illinois to find peace.

The first significant memory metaphorically sets up John as being a dead duck. It will not be the only time that animals are used for their symbolic value. Mortensen also lets us know what year things are playing out in by using politics, with the Cuban Missile Crisis mentioned at one stage and a picture of President Obama on John and Eric's fridge. While John's life as a child follows the same awful trajectory as Betty and Don Draper in Mad Men, his own daughter Monica (Gabby Velis) is growing up with honesty and openings, and it's fitting that Eric seems to be the one who has brought that in.

While it's true that Falling is so unrelenting in its negative depiction of Willis that it can feel one-note, that's not necessarily a criticism, as Mortensen wants to relay the terror that those around Willis have to live with. The drama also imagines realities to show Willis's warped state of mind. The performances are strong, with even Mortensen staying on top of his game, despite all the work he did behind the scenes in this debut that has a touch of Clint Eastwood about it.

Falling is a Canadian-UK-US-Danish co-production. It is a Perceval Pictures and Ingenious Media presentation in association with HanWay Films, Scythia Films and Zephyr Films. Its international sales are overseen by HanWay Films.

Owing to the current restrictions, the Irish gathering will offer a full digital programme comprising 50 fiction features and documentaries, 14 programmes of shorts and several special events

Viggo Mortensen's directorial debut is being feted at San Sebastián, where the actor-director is receiving a Donostia Award for Lifetime Achievement 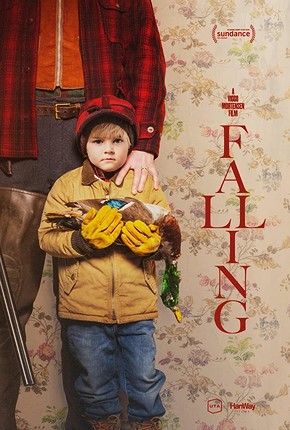 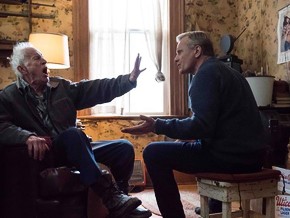 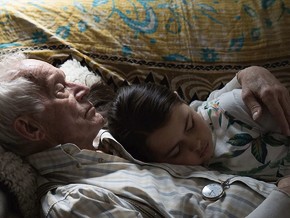