Tove Jansson is famous for creating The Moomins, so it should come as no surprise that the story of how the hippopotamus-like creatures became an international phenomenon is central to this picture about her. What is more startling, though, is that this story is not one for the kids at bedtime. With Tove [+see also:
trailer
interview: Zaida Bergroth
film profile], showing in the TIFF Industry Selects section at the Toronto International Film Festival, director Zaida Bergroth has made a film that highlights Jansson's unpredictable personal life, the difficulties she had with her father (played by Robert Enckell), and life during and after World War II.

The initial sequences of Tove feel like they've been assembled in the manner of a comic strip, where the action jumps into a scene, we obtain some vital piece of information, and then we are somersaulted into the next moment. Finnish director Bergroth, who previously made the 1920s-set period drama Maria's Paradise [+see also:
film review
trailer
interview: Zaida Bergroth
film profile], races through the groundwork in the belief that, more often than not, finding an emotional truth is just as interesting as merely relaying facts. So as if being read from a list, it's revealed that Tove is the daughter of a famous sculptor, he is a hard taskmaster, and they don't get on. She lives a bohemian life which involves attending illegal parties during World War II and an affair with a married politician. It’s also a period when she created The Moomins, just for fun. When she meets the mayor's daughter, Vivica Bandler, who is pointedly described as "an upper-class woman pretending to be a theatre director", they embark on a love affair, which is when the movie slows the pace down and is finally allowed some time to breathe.

The film is at its most intriguing when it revolves around these two women. Krista Kosonen, who was such a revelation in Dogs Don't Wear Pants [+see also:
film review
trailer
interview: J-P Valkeapää
film profile], plays Vivica as an aloof, standoffish egocentric, who cares about other people's feelings only when they align with her own, which is not very often. In a marriage of convenience, and with a great period wardrobe, she offers Tove the excitement of a same-sex love affair. That seems to be the only reason they get together, as there isn't much other chemistry between them, but surprisingly, that's a good thing because it works with Tove's fairly unfriendly character. In the eponymous lead role is Alma Pöysti, and her Tove is a little oddball who struggles to fit in anywhere. It's an affecting and interesting performance. At this stage, The Moomins is just a side project, and it is others, like Vivica, who recognise how good her creation is. Tove falls in love with Vivica, who in turn loves Paris so much that she moves there, to be with others. However, Vivica really earns her place in this history by putting on a musical adaptation of Comet in Moominland that's a huge success. The biopic also suggests that the lessons that Tove learns through this ill-fated romance were put to good use both in Jansson’s work and in her subsequent relationship. Even though Eeva Putro's script does not treat other romantic liaisons that Tove had so well, the film still manages to come together and satisfy.

Tove is a Helsinki-Filmi production (Finland), in co-production with Anagram Sweden. Its international sales are handled by LevelK.

“Intimacy was what we were after”

We talked to the Finnish director about her latest film, chosen as the Finnish submission to the Oscars

“Cinemas won’t be as cramped with blockbusters, which may mean there is more room for independent releases”

“It's time to celebrate, dance and fall in love”

Ronnie Sandahl’s movie has won the Dragon Award for Best Nordic Film, with its main actor Erik Enge also recognised, while Another Round inspired the audience

The Nordic film body has earmarked 11.5 million Norwegian crowns (€1,108,600) to back seven new audiovisual projects, alongside other distribution and industry initiatives

The audience share of domestic films reached 71.6% in October, according to the Finnish Film Foundation 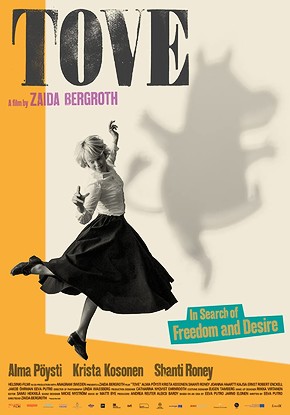 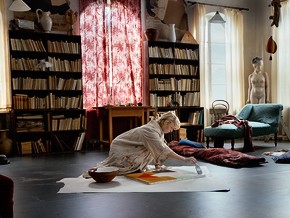 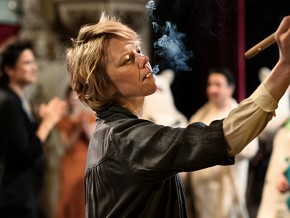