Here at the San Sebastián International Film Festival, the New Directors section is the place to be to find out who we should be watching over the next few years. There are usually a few standout gems to be discovered, and one of this year’s most luminous is Ane is Missing [+see also:
trailer
interview: David Pérez Sañudo
film profile], the début feature from David Pérez Sañudo. After cutting his teeth with some award-winning shorts, Pérez Sañudo, a graduate of ESCAC and Madrid’s University Carlos III, was selected for the second round of La incubadora, ECAM’s flagship mentoring programme.

Ane is Missing is a film of remarkable narrative maturity, a genre-weaving tale probing social, psychological and deeply personal realities. Starring Patricia López Arnáiz (While at War [+see also:
film review
trailer
interview: Alejandro Amenábar
film profile]), the film follows a young mother, Lide, who has bigger problems than her job as a security guard for an engineering project that has part of her community up in arms. One day, she gets up to discover that her daughter — the titular Ane — is not in the house, nor has her bed been slept in.

From this moment, Ane becomes a kind of ghost: nobody has seen her, neither the characters nor the viewer, and her absence hangs over the film like a spectral mist. We know her only through the words of others. All the while, the heightened tension in the community seems to magnify the void she has left behind. As Lide turns to her ex-partner Fernando (Mikel Losada), Ane’s father, for help, we begin to realise that she is afraid of this invisible daughter ... but why?

Pérez Sañudo — ably supported by screenwriter Marina Parés Pulido — shifts from mystery to political drama via a portrait of a family crippled by an inability to communicate and show affection. Lide’s search is not only about her daughter, but about finding meaning in her life and some way to bridge the chasm that lies between them.

Ane is Missing is produced by Amania Films, with sales managed by Latido Films. Syldavia Cinema will be distributing the film in Spain.

more about: Ane Is Missing

“The generation gap is something that fascinates me”

Pilar Palomero’s début feature was the winner of some of the Spanish Film Academy’s most coveted accolades, presented last Saturday at a ceremony broadcast from Malaga

In the run-up to the Goya Awards ceremony, Pilar Palomero’s feature debut has scooped the three most important trophies handed out by the Association of Spanish Film Journalists

Ibon Cormenzana is directing this immersive, high-octane emotional adventure, rubbing shoulders with the most perilous, harsh and spectacular sides of nature 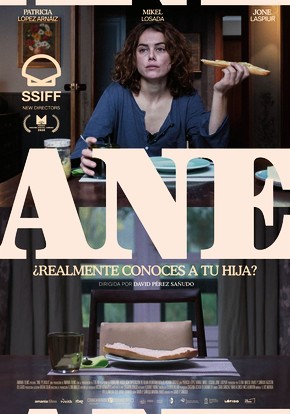 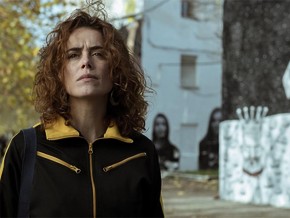