Usually, a documentary that seems to stumble drunkenly when telling the story of its subject, which veers from incoherence to moments of lucidity seemingly on a whim, which vomits out every single brand of documentary source material imaginable (a bit of archive footage here, some animation there, conversation footage there, and talking heads – yeah, why not?), would be declared a disaster and sent to cool off for the night in prison. Not this time. Julien Temple has delivered the tribute to Shane McGowan, the frontman of the legendary Irish band The Pogues, which he deserves.

Crock of Gold: A Few Rounds With Shane MacGowan [+see also:
interview: Julien Temple
film profile] had an excuse to get a round of celebratory drinks in when it opened in competition at the San Sebastián Film Festival, and the way the documentary is constructed seems to be a replica of the man himself. In addition, those who are already on the side of MacGowan will admire how Temple has built up this picture, even if it's hard to imagine the documentary winning MacGowan any new fans. After all, his life can be seen as a tragi-comedy.

It starts like all good Irish yarns – with a fairy tale. The director quickly positions the story of MacGowan around his greatest hit, the best-selling Christmas tune “Fairytale of New York”. It's the first song we hear, the track that everybody knows and loves, but it's later positioned as a poisoned chalice. It's the song that broke the man, leading to a year of concerts with only three nights off, where MacGowan felt responsible for the well-being of all those around him. By the time we get to the big descent, it's been well established that MacGowan is a poet of almost unparalleled talent whose creative juices are fuelled by drink and drugs, just like so many of his Irish literary heroes. He is the Hunter S Thompson of Irish music: the legend of his lifestyle was almost as dazzling as the words he put on the page.

Everyone who appears in footage filmed by Temple, such as Johnny Depp, Bobby Gillespie, Shane's sister Siobhan, his wife Victoria Mary Clarke and his father Maurice, talk favourably and honestly. The women provide the greatest clarity, and his sister, especially, is our surrogate narrator. Temple shows MacGowan in his present state, where the years of hedonism have ensured he lost a fight with his own body, intended to be the cautionary side to the tale. There are no words of explanation needed as to why MacGowan looks like he's had a stroke and is a broken 60-year-old. The reasons are all in the numerous stories of the drunken nights (he seems to have lived the constantly inebriated life that’s the plot to another San Sebastián competition entry, Another Round [+see also:
film review
trailer
film profile]).

Temple also tells the story of Ireland's relationship with Britain through the eyes of MacGowan. There is a fascinating conversation between The Pogues frontman and former Sinn Féin leader Gerry Adams. MacGowan was in the pub when Adams was meeting with then British Prime Minister Tony Blair. Temple manages to tie in the politics with the songs. Another outstanding aspect is how the film is a real achievement in the use of archive material. Temple continues his run of inimitable music films, which have propped up his career at various points since his debut in 1979, with The Great Rock' n' Roll Swindle, and Crock of Gold is up there with the best of them.

Crock of Gold: A Few Rounds With Shane MacGowan is a UK production staged by Nitrate Films and Infinitum Nihil. HanWay Films is in charge of its international sales.

more about: Crock of Gold: A Few Rounds with Shane MacGowan

Cineuropa chatted to Julien Temple about his dazzling tribute to the frontman of The Pogues, Crock of Gold: A Few Rounds With Shane MacGowan

Seeyousound to return from 19 February in online form

The international music film festival based in Turin will be accessible via a new dedicated platform until 25 February, showcasing 81 titles and hosting a focus on black music

Karlovy Vary programmers had assembled a variety of titles hailing from Sundance, Berlin, Venice and San Sebastián, plus some flaunting the Cannes 2020 label 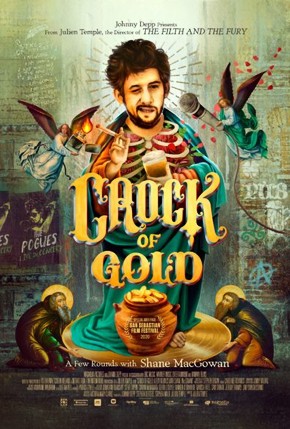 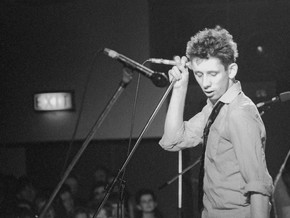