24/09/2020 - Maïwenn returns to her roots by transferring the abundant energy which flows through her films into an intimate, accurate and moving work about grief, family and the transmission of Algerian heritage

Maïwenn and Marine Vacth in ADN

"It’s his blood that runs through my veins". Since Pardonnez-moi [+see also:
trailer
film profile] (2006), the cinematic furrow ploughed by Maïwenn has never deviated from its vital and exuberant course, where love and suffering are inextricably intertwined. But whereas her last two opuses, Poliss [+see also:
film review
trailer
interview: Maïwenn
film profile] and My King [+see also:
film review
trailer
film profile], which distinguished themselves in Cannes in 2011 and 2015, homed in on situations which - though sadly not uncommon in themselves (paedophilia and the destructive love felt for a narcissistic pervert) - didn’t fall within the realms of universal experience, it’s the all-too-familiar topics of grief and family which form the focus of the present film DNA [+see also:
trailer
film profile], an excellent new work which has been awarded the Cannes Film Festival 2020 Official Selection label and presented in the Perlak section of the San Sebastian Film Festival.

Yet this return to a more simplistic form doesn’t detract from the French filmmaker’s impetuous style, or from her penchant for a choral form of cinéma-vérité peppered with laughter and tears, where characters express powerful feelings whilst trying to keep the toxic craziness that comes with certain family ties at arm’s length (which isn’t always easy). But this immersion into a tumultuous present, fraught with the inevitable emotions which arise out of grief – given the immediate impact that it has (at the bedside of the body) and the attendant decisions to be made (which coffin? What kind of ceremony? How religious should it be? What should be said? Who should be invited? etc.) which are inescapably accompanied by heated discussions - also opens the door to forgotten memories and a heightened perception of one’s own roots.

"Our grandfather was always the backbone of our family." When Émir Fellah (Omar Marwan) passes away in a Parisian retirement home, it’s devastating for everyone, but especially for his granddaughter Neige (played by Maïwenn herself, who has rarely got it so right). Three generations come together to pay their final respects to the deceased who arrived in France at the age of 22: his daughters (Fanny Ardant and Caroline Chaniolleau), his grandchildren (Maïwenn, Marine Vacth, Florent Lacger and Henri-Noël Tabary) and his great-grandchildren (primarily Dylan Robert), who are also joined by his former partners (Louis Garrel and Alain Françon) for a succession of emotional moments, memories shared, tensions, relaxation, misunderstandings, reconciliations, score-settling... Life in all its colours. But for Neige, everything feels more intense. Teetering towards depression, she takes a DNA test to discover the exact nature of her origins and find inner peace and freedom.

Written by the director alongside Mathieu Demy, the script manages to strike a wonderful balance between dramatic acuity and a nigh-on comical rhythm linked back to the logistics of grief. It lends depth to the many characters and their relationships, it reflects the finer nuances of the deceased’s Algerian identity (photos, TV archives) and it also tackles some highly topical societal issues (nationality, integration, religion, the reality of straddling two cultures). It all comes together to form a very moving work, following the paths taken by two individuals (a living woman and a dead man) and building a bridge between two, slightly bruised hearts and the two sides of the Mediterranean.

Produced by Why Not Production and co-produced by Arte France Cinéma, DNA is sold by Wild Bunch International and will be released in France on 28 October courtesy of Le Pacte.

Netflix continues to splash the cash on French films

The US platform has just acquired The Swarm by Just Philippot, following its purchase of Maïwenn’s DNA and Olivier Marchal’s Bronx

Maïwenn returns to her roots by transferring the abundant energy which flows through her films into an intimate, accurate and moving work about grief, family and the transmission of Algerian heritage 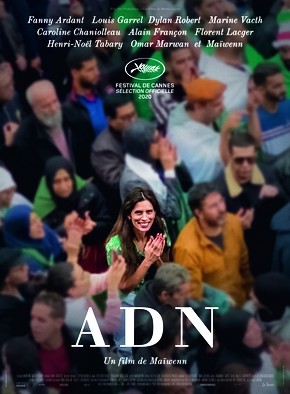 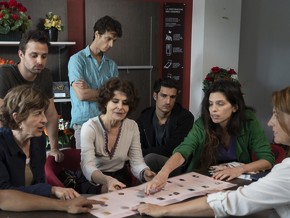