At a cattle auction in the State of Goiás, microphone in hand, the speaker sings the praises of spectacular bull Jatoba’s "impeccable racial profile", “highly productive biotype" and specific "genetic make-up" (inherited from his parents Credit and Traveler), an animal eventually sold for 16,000 euros. It’s within the depths of Brazil’s distinctly separate economic (and racial) two-tier system, and two overlapping psychic worlds that João Paulo Miranda Maria unfurls his ambitious and bizarre film Memory House [+see also:
trailer
film profile], a first feature-length title which was awarded the Cannes Film Festival’s Official Selection label, which went on to grace the Discovery section of the Toronto Film Festival and which has now been screened in the New Directors competition of the 68th San Sebastián Film Festival.

Originally from the North-East, Cristovam (Antonio Pitanga) has been an employee of the dairy company Kainz for over 20 years ("we came from Europe to bring innovation, to bring a new perspective to this new country"), a firm which has relocated to the South and which supports the separatist movement ("we can no longer continue to be the region which pays the most tax and which receives the least in return… taking orders from the lazy folk of the North … This referendum is our shield against the under-development of the rest of Brazil"). At his own very humble level, living alone with his dog in the middle of the countryside away from the village, Cristovam suffers in silence, sucking up the sacrifices required for financial survival. But a breath of fresh air subtly penetrates his shell and propels him between two worlds, into a phantasmagorical zone where wild animals take shape, where objects and ancient spirits take a hold of his soul and where spears must fight against guns…

Hallucinatory visions, changes in perspective, the growling of wildcats, a Halloween mask and a real-life corpse: from an abandoned house, João Paulo Miranda Maria (who also wrote the script) brings various dimensions into collision and flings opens a window to the ancestral spirits of his homeland, allowing them to enter into the present. Jaguars, bulls with eyes ablaze, misty forests… An entire parallel universe rushes forwards, invading the microcosm of the factory, of the local bar, of violent kids, of the pervading racism and social destitution… It’s a hymn, of sorts, and a call for the Brazilian people to return to their roots, to the purifying, sacrificial, occult rituals of candomblé, which the filmmaker tangles together with a highly developed sense of the bizarre, successfully maintaining high levels of curiosity while also leaving the viewer multiple keys to interpret the film. This, in addition to the crystal-clear message: "it is time…  he has prayed and prayed again for the world to change".

Three Latin American films and three Spanish ones will be developed during the residencies run by the San Sebastián Festival, the Tabakalera Cultural Centre and the Elías Querejeta Film School

The actress will also star in the cast of this Slot Machine production, alongside Dylan Robert, Antonythasan Jesuthasan, Sam Louwyck, Hjörtur Jóhann Jónsson and Magne-Håvard Brekke

In Venice, the French sales will be betting on Susanna Nicchiarelli’s Miss Marx and Majid Majidi’s Sun Children, and in Toronto on the Cannes Label recipient Memory House 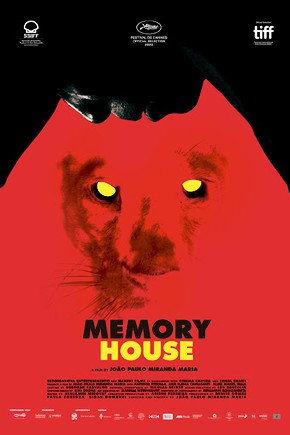