07/10/2020 - Ruben Alves offers a smart popular comedy, a story of self-accomplishment set against the hope for a freer, less binary society

Miss [+see also:
trailer
film profile], Ruben Alves’ feature debut, which is having its Belgian premiere at the Namur International Film Festival, tackles the emancipatory quest of a young man who finds his light in his femininity, encouraged by a chosen family which supports him in his slightly mad bet: to become Miss France, and perhaps, in the same movement, awaken consciences.

Ever since childhood, Alex (Alexandre Wetter) has wanted to become Miss France. But there is a problem, and it isn’t that Alex lacks the necessary beauty, kindness, or irrepressible desire to save the world. No, the problem is that Alex is a boy. When he bumps into a childhood friend who has since become a boxing champion thanks to his hard work and his belief in his dreams, Alex tells himself that perhaps everything is possible.

Alex is supported by his chosen family, the disparate inhabitants of his building managed by Yolande (Isabelle Nanty), a middle-aged woman in a struggle against the patriarchy (amongst other things). The place is a kind of “court of miracles,” bringing together a flamboyant transvestite from the Bois de Boulogne (Thibaut de Montalembert), indian seamstresses, and young guys from the neighbourhood dreaming to launch their start-up business. With their support, Alex will gradually operate the physical and mental transformation that will allow him to touch his dream with his fingertips.

Miss is neither a psychological drama about transgender identity, nor an anti-patriarchal pamphlet about the sexist representation of women in media and in popular culture, even if a few elements aiming in that direction grace its surface. The film is more like a modern fairytale about the power of the will and the importance of believing in your dreams.

This description might suggest a certain sentimentality, but it isn’t so present in the film. Alex aspires to live his femininity outside the bounds of all binary definitions. He isn’t a woman born in a man’s body, but a man who finds his light in his femininity. Gender trouble. Alex doesn’t want to choose, and instead flourishes in this oxymoron, being a “boxing princess”, as the kids from the club he animates call him.

Of course, we can appreciate the paradox in the story of a young man who seeks to liberate himself by plunging into “the temple of woman’s enslavement”, the Miss France competition. Although the kitsch institution of “French femininity” gave its green light to appear in the film, therefore demonstrating a certain ability for self-mockery, everything is done for the viewer to see that this type of competition belongs to an ultraliberal and heteronormative society, which contributes to add to the daily, contradictory injunctions made to women, and which Alex will have to face: be strong and fragile, sexy but not too seductive, tall but will small feet.

The film also implicitly addresses the systemic violence done to women, set against a sweetly cheesy universe, but one which offers an ultimately very pop framework for Alex’s emancipatory journey. And after all, a little (or even a lot) of kindness, towards Alex or towards all the members of his family, never hurt anybody, making Miss a kind of family entertainment which assumes its comic, feel-good side to offer a luminous and joyful ode to the acceptance of the self and of others.

Ruben Alves offers a smart popular comedy, a story of self-accomplishment set against the hope for a freer, less binary society

Caroline Vignal shooting My Donkey, My Lover and I

Laure Calamy, Benjamin Lavernhe and Olivia Côte are among the cast of the filmmaker’s second feature, which is being staged by Chapka Films and La Filmerie, and will be sold by Playtime 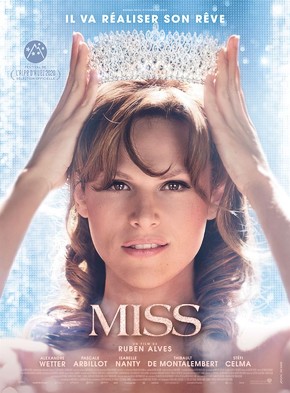 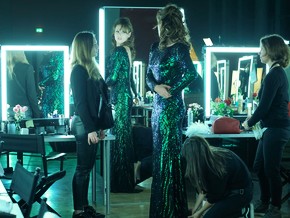 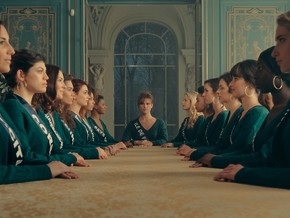 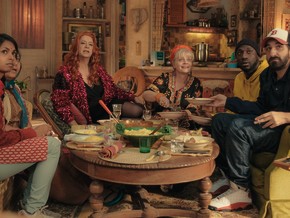