Mario Casas in Cross the Line

Presented as a special screening in the Official Section of the 53rd International Fantastic Film Festival of Catalonia in Sitges, Cross the Line [+see also:
trailer
interview: David Victori
film profile], the sophomore feature by David Victori, has left the audience reeling from an overdose of stress, moral question marks and extreme emotions. It’s a veritable orgy of violence, adrenaline and nerves courtesy of a screenplay penned by the director together with Clara Viola and Jordi Vallejo, the latter having also co-written the script for the Barcelona-born director’s feature debut, The Pact [+see also:
film review
trailer
interview: David Victori
film profile].

This fantastic writing trio has been used to full effect, ensuring that the life of the main character, Dani (played by Mario Casas), takes a radical turn right from the first shot of the film until the last. He starts off all mild-mannered and calm before ending up – after a huge deluge of dreadful events that all happen over the course of a single night – at the exact opposite end of the spectrum. Along the way, the movie throws up moral question marks that will prompt the viewer to reassess their most deeply held values, but at the same time, the audience will ask themselves whether this guy caught up in all these misadventures isn’t possibly acting a little rashly and absurdly.

But Victori wants it this way: he wants Dani to suffer, to bite the dust and to discover a terrible world he could never have imagined. It all befalls this shy and harmless man just after he has cremated his father, whom he cared for tirelessly during the final months of his illness. He meets a girl in a restaurant – one of those girls your grandmother would warn you not to make the mother of your children, no sooner has she clapped eyes on her. The woman – who exudes a mysteriously sexy vibe, let’s not overlook her virtues – will drag him on an unforgettable night out; however, there will be nothing romantic about it, but rather something altogether more brutal… So much so that his life will take a dramatic turn that means that his body, and above all his soul, will emerge so damaged that they would be classed as a “write-off” by his trusty insurance company.

Because instead of heading off to travel the world thanks to the generous gift his sister gives him in thanks for the kindness he showed to their father during his long convalescence, the good-hearted man takes a stroll through hell itself – the same hell that could perhaps be hidden on the ground floor of your very apartment block or behind the walls of the flat of your noisiest neighbours – and this outing leaves him out for the count.

To enable the viewer to feel exactly the same things as his protagonist, Victori employs some intense lighting with blood-red tinges, deafening music and a maddening mise-en-scène, with a pace that just doesn’t let up. While Casas’ character, faced with this bleak outlook, has to leave his comfort zone and head past the point of no return, the audience, thank goodness, only has to follow in his footsteps during the 96 minutes of this feverish and exhausting feature which constantly fires on all cylinders.

Cross the Line is a production by Filmax (which is also distributing it and selling it worldwide), which boasted the involvement of Televisión Española, Televisió de Catalunya and Movistar +. It hits Spanish theatres on Friday 16 October.

more about: Cross the Line

The second film by David Victori, Cross the Line, has been presented in the official section of the Sitges Film Festival, just prior to its release in theatres

The shoot for the director’s second feature, a thriller toplined by the star of Palm Trees in the Snow and being produced by Filmax, wrapped in Barcelona in early July 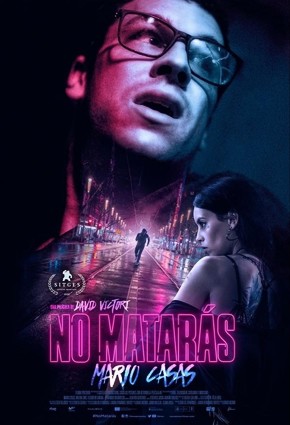 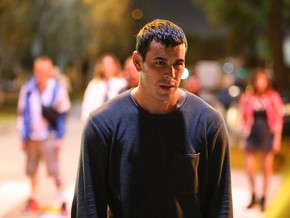 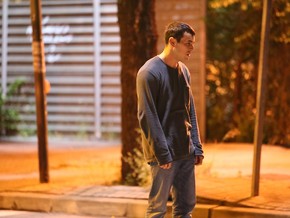 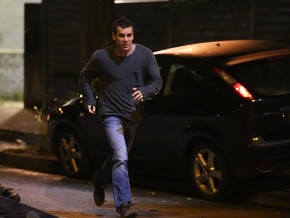