16/10/2020 - In her Zurich-winning debut feature, Evi Romen talks about a maniac, maniac on the floor, in South Tyrol

Thomas Prenn in Why Not You

Already getting some love on the festival circuit and recently crowned the winner at the Zurich Film Festival, where it scooped the Golden Eye Award in the Focus Competition (see the news), and now slowly getting ready for its Tallinn Black Nights showing, Evi Romen's Why Not You [+see also:
trailer
film profile] starts with the kind of feverish dancing that brings to mind Jennifer Beals. Also because just like that lady, a teenage welder by day, flashdancer by night, its main hero, Mario, is also stuck with a less-than-glamorous day job: this time at the local macelleria, forced to trade some sexual favours for money in between hosing animal blood off the floor.

Mario, played with a bit too much gloomy intensity by Thomas Prenn, and breaking the fourth wall every other minute, it seems, understandably dreams of another future, but in the meantime, channelling a young Travolta in a ruffled shirt will do as well. All of this comes to a halt once he loses a childhood friend (Noah Saavedra) in a terrorist attack on a gay club in Rome, and most of his community seems to be wondering, openly or not: “Why is he dead, and not you?”

This is mostly because, unlike that other young man, born into wealth and at least some prospects, Mario tends to be self-destructive, not to mention lost, and his plans seem to revolve around trying to be an extra for RAI 1. Which, as pointed out by his no-nonsense father, “nobody watches any more”. His sexuality is a bit of a mystery, too, and no wonder, given his village's insistence on the “don't ask, don't tell” policy. He doesn't know who he is, and Romen (apparently inspired by the Bataclan theatre attack in Paris) doesn't feel like sharing too much information either, more interested in what he is looking for, rather than what he might ultimately find.

Bathed in the kind of neon reds that filmmakers just adore, Why Not You is at its best when Mario gets his groove on, with a curly wig on his head (almost a supporting character here) and glorious retro songs cheering him on. Once he starts suffering from a bad case of survivor's guilt – rendered worse by the locals who seem allergic to anything that stands out, but not to gossip – it gets convoluted, however, with Mario looking for release in drugs and then religion. And, in the eyes of the church-going people who know him, not “the right” kind, either. It's one of those stories about a person who doesn't really belong, and never did, and a tragic event only makes it that much more obvious. While some of the dialogue spells it out way too clearly, at least Romen (who has already enjoyed a long career as an editor) finds a way to use her surroundings, almost to a darkly comical effect: it’s a tiny little place where a local orchestra shows up on your doorstep unannounced, demanding a “wee schnapps”, and where instead of realising your dreams, you end up surrounded by piles of meat.

Why Not You was written by Evi Romen, and produced by Alexander Dumreicher-Ivanceanu, Bady Minck and Gregory Zalcman for Amour Fou Vienna and Take Five (Belgium). Its international sales are overseen by True Colours.

more about: Why Not You

On the occasion of the MIA’s opening, we spoke with Gaetano Maiorino about how True Colours has managed to enhance the value of its line-up on international markets

True Colours is touting the psychological thriller The Guest Room

The Italian international sales agency’s line-up at the Berlin-based market also includes 200 Meters, Zanka Contact, Why Not You and Il materiale emotivo

Despite the challenging context, the Italian international sales agent struck a number of deals with international buyers at Rome’s MIA market

In her Zurich-winning debut feature, Evi Romen talks about a maniac, maniac on the floor, in South Tyrol

EXCLUSIVE: Poster for Why Not You, set to visit Cannes’ Online Marché du Film

The first work by Austria’s Evi Romen, described by the director as "modern Alpine Neorealism”, will feature in True Colours’ line-up at the virtual market 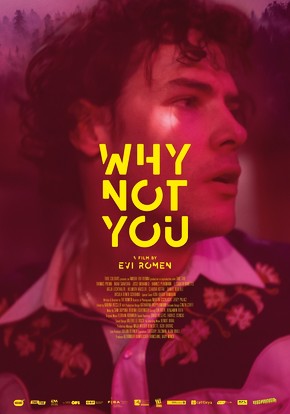 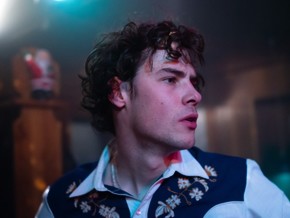 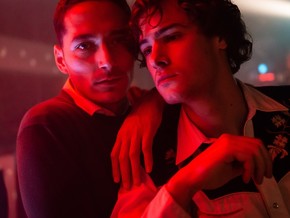