Nika McGuigan and Nora-Jane Noone in Wildfire

Wildfire [+see also:
interview: Cathy Brady
film profile] is a drama about broken hearts and transgenerational trauma that draws a parallel between the problems faced by two sisters, Kelly (Nika McGuigan) and Lauren (Nora-Jane Noone), and life after the Good Friday Agreement in a town on the border between Ireland and Northern Ireland. It debuted at the Toronto Film Festival before playing at the BFI London Film Festival, where director Cathy Brady was awarded the IWC Schaffhausen Filmmaker Bursary Award, in association with the BFI.

The opening montage gives us clues as to the allegorical nature of Brady's touching debut film, using archive footage of bombs, negotiations and prisoner releases to tell a potted history of the north-south divide. Most pertinently, it deals with the psychological impact of truth and reconciliation, and how that can affect a community – and especially those individuals who believe that their personal grief has been ignored, or even undermined, by the peace deal.

Can freedom fighters, rebels, murderers, soldiers, or whatever one wants to call them, be forgiven by those who have suffered the loss of a father, husband, brother or son? Then, in the background, on advertising hoardings and on the television and radio, Brady dares to touch upon the question of Brexit, eyeing the rain cloud that the divorce between Britain and the EU has created over the delicate nature of the peace in Ireland.

But what makes Wildfire so beguiling is the relationship between the sisters and the truths that they are finally able to communicate over the death of their mother. When Kelly returns home, after disappearing for a couple of years, her sister Lauren is perplexed but understanding, despite the consternation this causes her sympathetic husband Sean (Martin McCann). In the local community, the girls have a reputation for madness, based mainly on the behaviour of their deceased mother, who suffered her own trauma caused by The Troubles.

Kelly originally ran away in the aftermath of her mother's death. Her return sees old behaviours resurface, especially in her relationship with her sister. At times it is fun, such as when they go swimming together and make childish comments that poke fun at the arbitrary nature of the border, or it can be difficult, such as when they discuss the coat their mother was wearing when she died. Yet there is always the impression that darkness is just around the corner, with uneaten breakfasts and midnight gardening representing signs of the schism. The big reveal comes in a pub (it is Ireland, after all), but what is the standout in this scene is not the information given, but rather the behaviour of Kelly as she confronts a demon from her past.

Both leads deliver highly emotional performances. Sadly, this is the final performance from McGuigan, who lost a battle with cancer after production ended. There is a lot that Brady tries to pack into the picture, which causes some moments to land too abruptly. However, it's a small flaw in a story that strives to investigate the lasting psychological impact of bombs, rather than the immediate visceral feelings caused by watching them explode.

"My intention was not to make a political film"

Owing to the current restrictions, the Irish gathering will offer a full digital programme comprising 50 fiction features and documentaries, 14 programmes of shorts and several special events

The drama film by the first-time director, who has been on set in Turin since Monday, is being produced by tempesta and depicts a day in a civil justice case in a big Italian court

The Irish film agency has published its latest funding decisions, and will support the development, production and distribution of over 70 projects

The Irish-UK co-production starring Nora-Jane Noone and Nika McGuigan is being backed by the BFI, Screen Ireland, Northern Ireland Screen, the Wellcome Trust, Film 4, Illium and Lexis Media 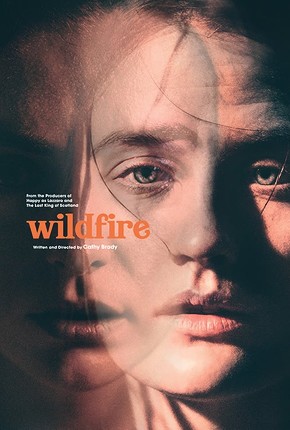 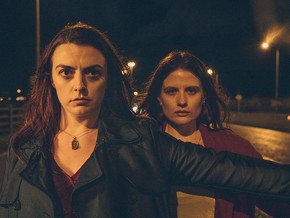 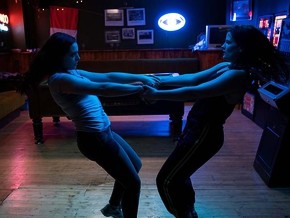